With the return of March Madness this year, the attention of American sports fans has been on college basketball and the NCAA Tournament. The three-week hoops fest is a high-profile event each year, with roughly 100 million viewers watching on TV.

Read: How Will This Year Impact Long-Term Earning for Athletes?

With so many eyeballs on the tournament, universities are willing to spend on their men’s basketball programs each year. But which programs spend the most?

Most of the schools on this list are no shock, with perennial powers such as Duke, Kansas, Kentucky and Michigan State. Other names might surprise, as five universities on the list don’t have a single Final Four appearance.

Read on to see where your school ranks. Find Out: Is It Financially Worth It for Schools To Play College Sports Right Now? More Sports: How Rich Are These Big-Name NASCAR Drivers? Read: Athletes With Major Business Empires Outside of Sports See: Can Professional Sports Leagues Afford Another Year Without Fans? Find Out: Best (and Worst) Deals in Sports History Read: The Richest and ‘Poorest’ Owners in Professional Sports See: The 41 Highest-Paying Positions in Sports Find Out: Celebrities Who Have Bought Sports Teams Read: Who’s Richer: These Sports Stars or Their Significant Others? Find Out: Athletes Who Make Most of Their Money From Endorsements Find Out: Richest Athletes Younger Than 40 More: Most Successful Athlete From Every Decade See: How Much Athletes Make for Playoff Runs in the NBA, NFL and Other Sports Find Out: Which Athletes Earn the Most Per Hour? More: How 18 of the World’s Best Athletes Spend Their Fortunes Read: Here’s What a March Madness Run Is Worth Methodoloy: For this piece, GOBankingRates used the United States Department of Education’s “Equity in Athletics Data Analysis” (EADA) dataset to find (1) men’s basketball expenses for all NCAA Division I schools all in FY18-19 data (the most recent available). Only the top 25 schools in terms of factor (1) were included in the final list. For those 25 schools, GOBankingRates also found (2) the number of men’s basketball championships won; (3) the number of men’s NCAA tournament appearances; and (4) the number of men’s Final Fours, all sourced from ESPN. All data was collected on and up to date as of March 1, 2021. 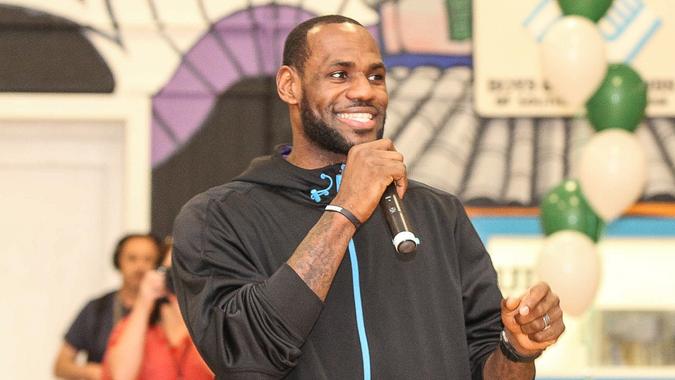 How Much LeBron James, Cristiano Ronaldo and Other Athletes Make for

Athletes who are social pros can make plenty of dough.