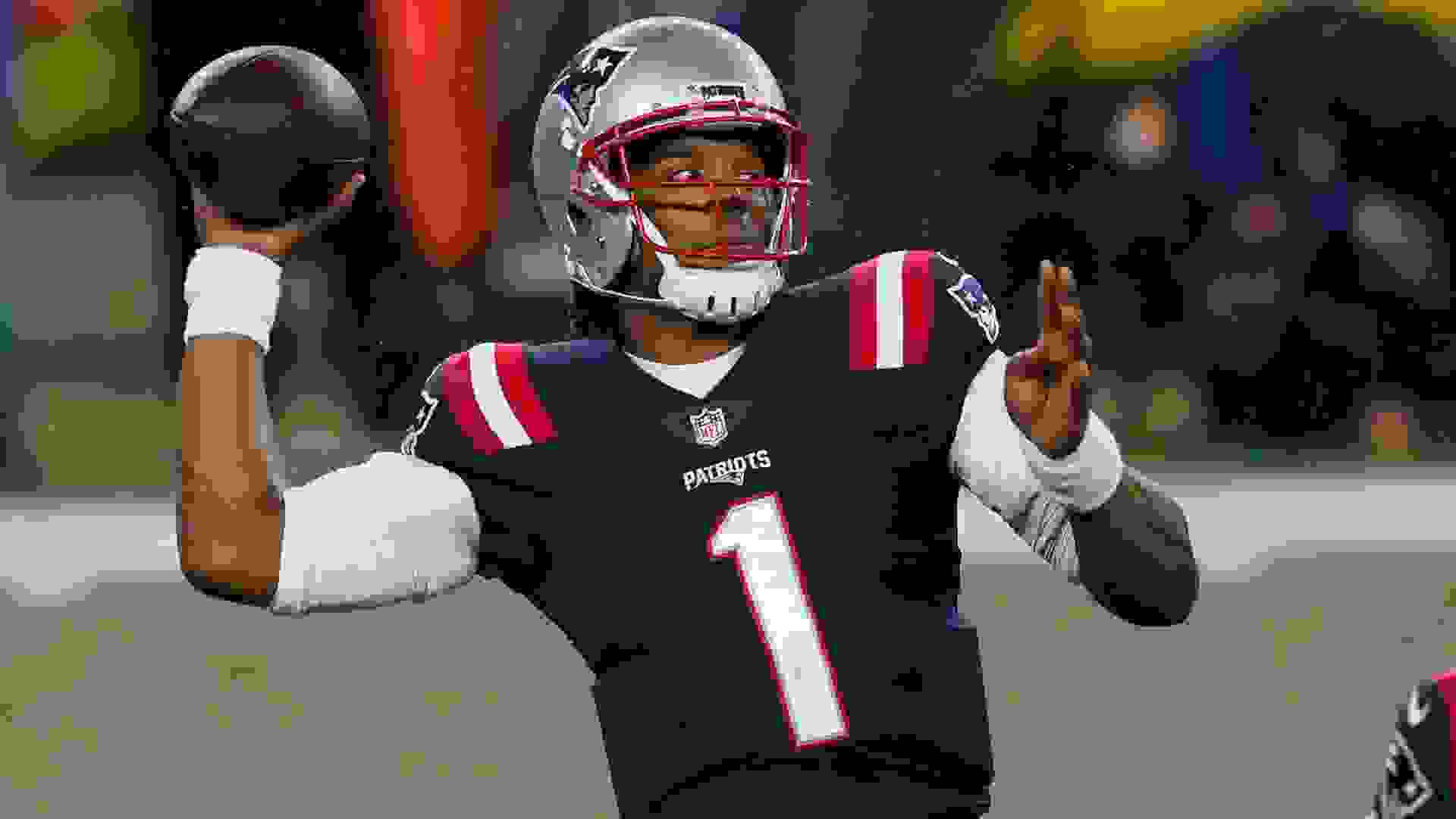 To put a twist on an old phrase, if clothes make the man, the uniform makes the NFL player’s popularity.

One barometer of how fans embrace an NFL player is how many jerseys they buy. You don’t even have to look at the actual sales numbers, because those will vary from season to season, based in part on the state of the economy.

But if Player X sells more jerseys than Player Y, it’s one indication that Player X is more popular.

Other considerations play a part, including when a player switches teams in the offseason or a rookie makes his debut. That’s certainly the situation this year, with two of the top three players being on new teams. The list of top jersey sellers also contains a rookie.

For this list, GOBankingRates looked at NFL Shop’s list of top-selling jerseys for September and October. See which players are making their mark. 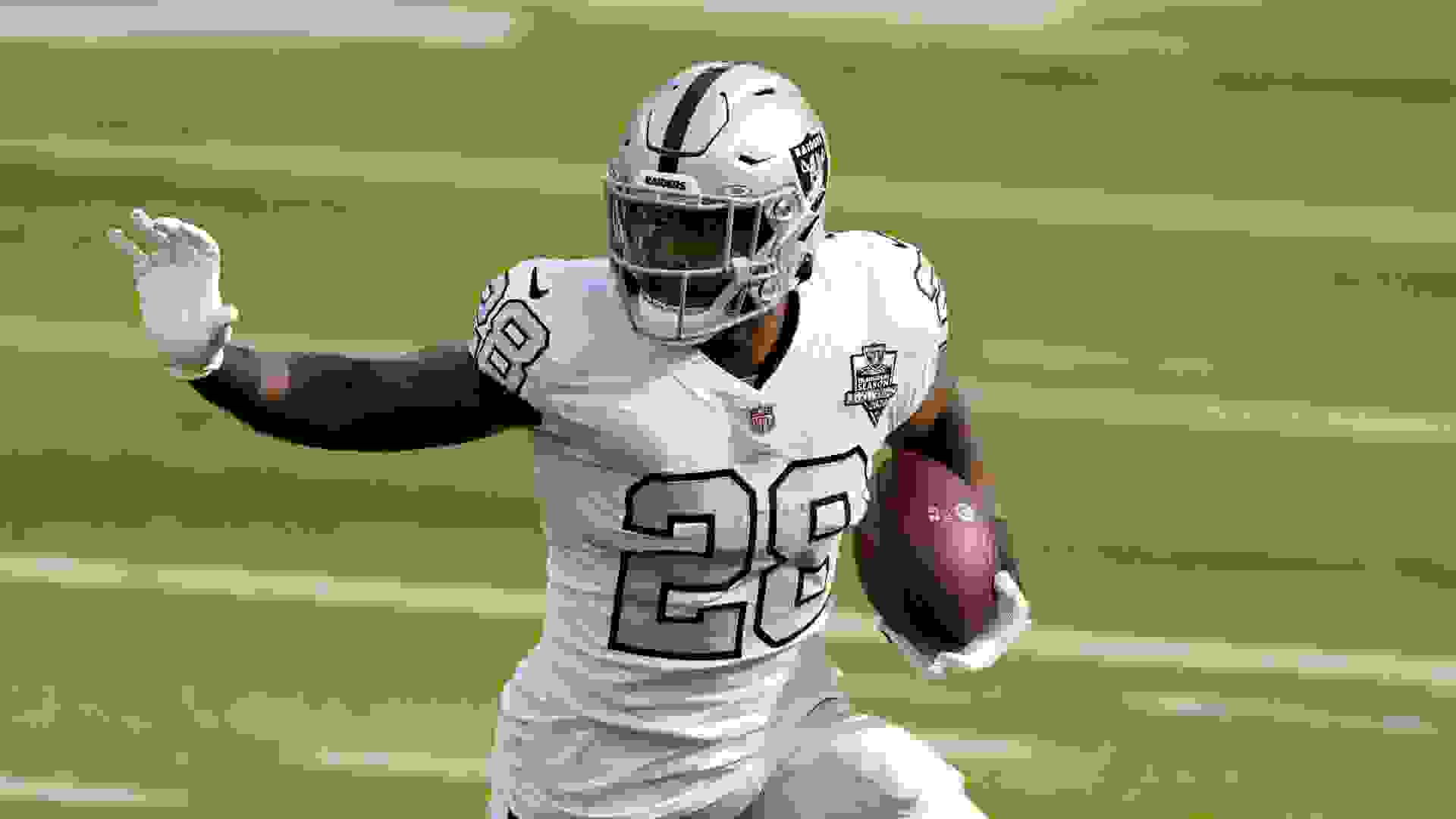 The 2019 first-round pick out of Alabama is fourth in the NFL in rushing, with 700 yards and eight touchdowns.

Jacobs broke onto the scene with a strong rookie season, rushing for 1,150 yards and seven touchdowns. It doesn’t hurt that he wears the iconic silver and black of the Raiders, and that the franchise has a new market because it moved to Las Vegas. 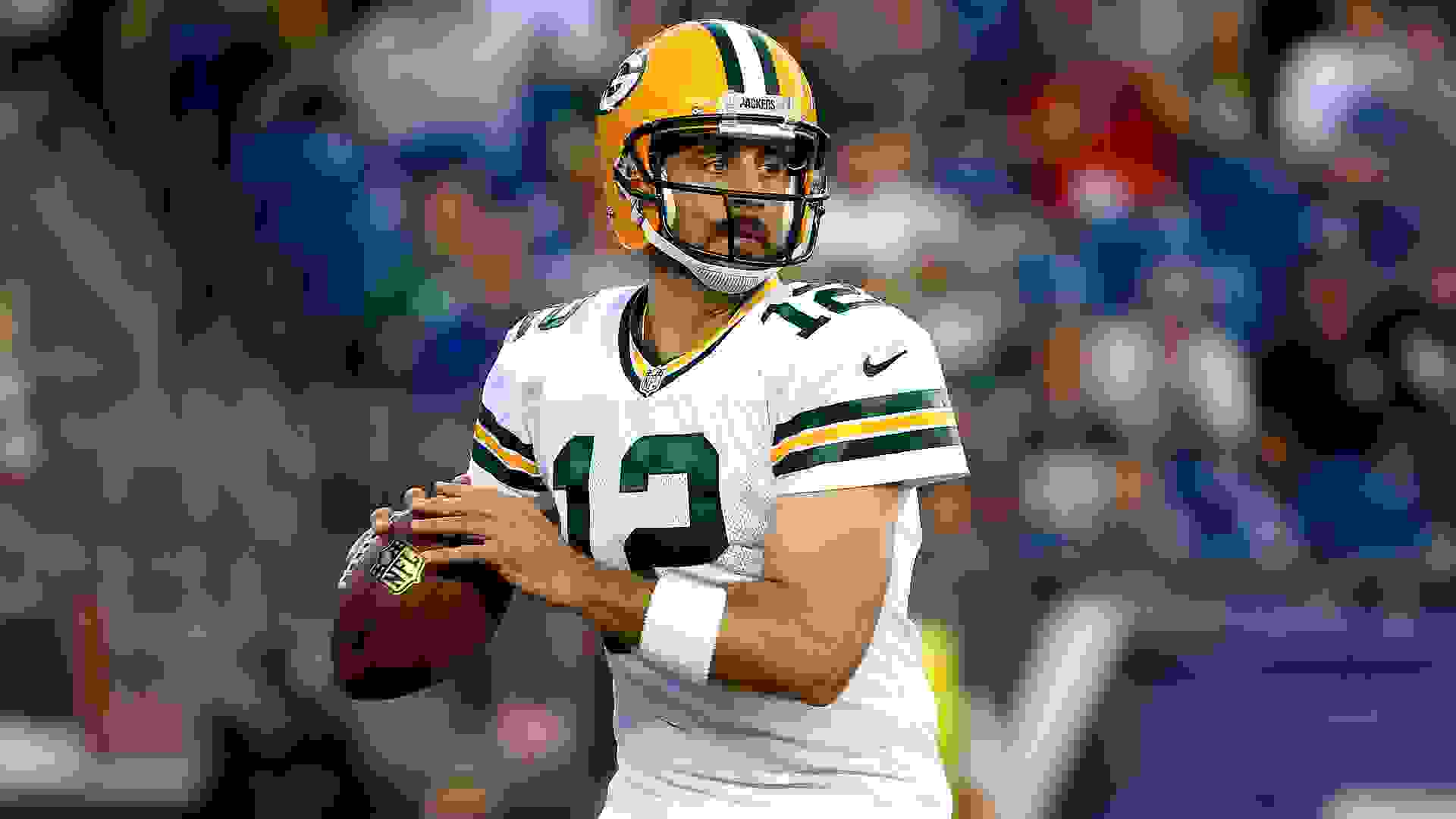 Rodgers and the Packers (7-2) are leading the NFC North, so it’s no surprise that the longtime quarterback remains popular among jersey buyers.

Rodgers’ 2020 stats are just as impressive as his jersey sales. He’s completed 67.8% of his passes for 2,578 yards, 26 touchdowns and only three interceptions. 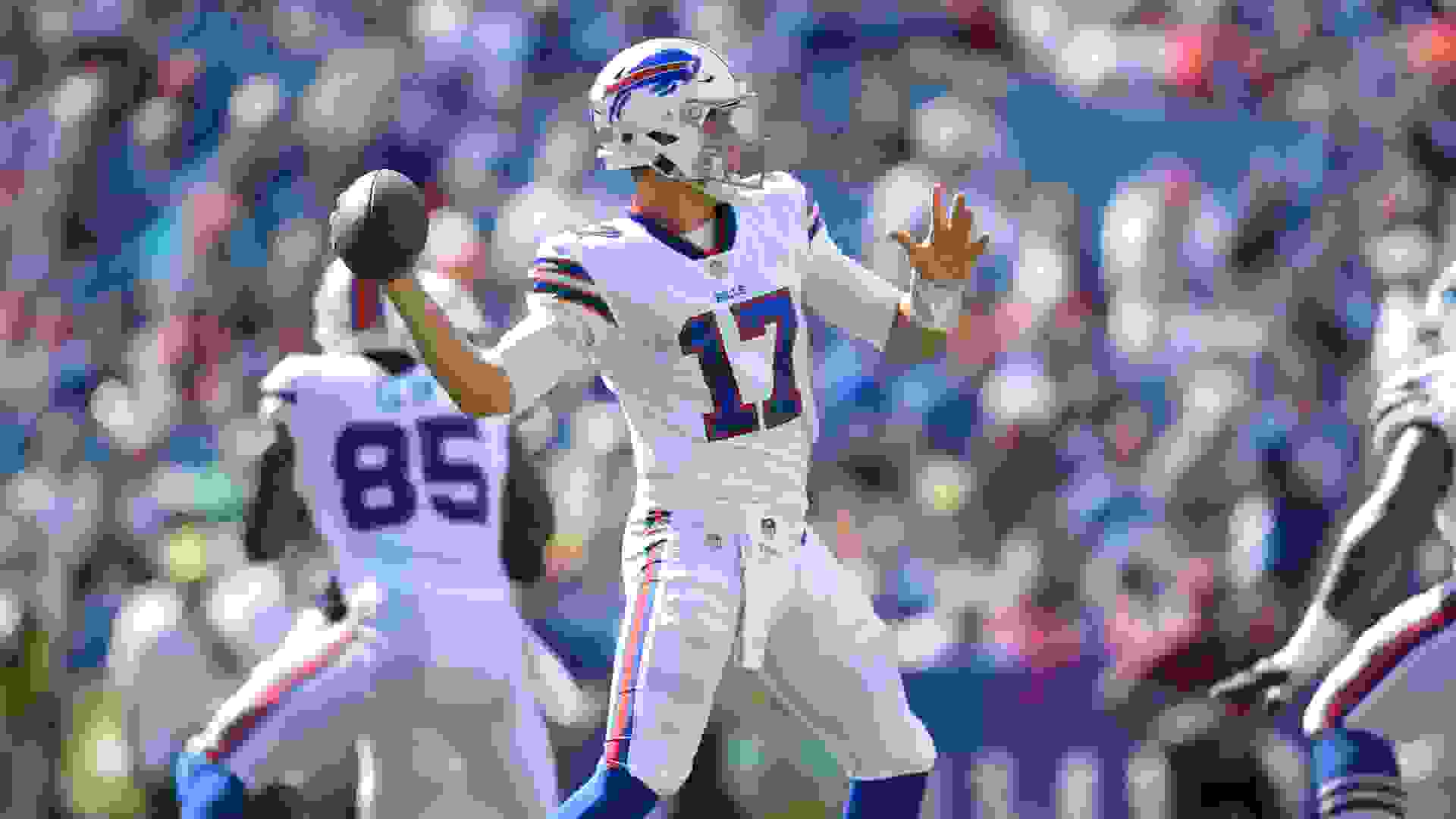 In his third season in the NFL, Allen has emerged as a fan favorite and an MVP candidate. The quarterback has led the AFC East-leading Bills to a 7-3 record, throwing 21 touchdowns and just seven interceptions for 2,871 yards.

Allen had the best game of his short NFL career on Nov. 8 in a 44-34 victory over the Seattle Seahawks, completing 31 of 38 passes for 415 yards and three touchdowns — with a rushing touchdown to boot. 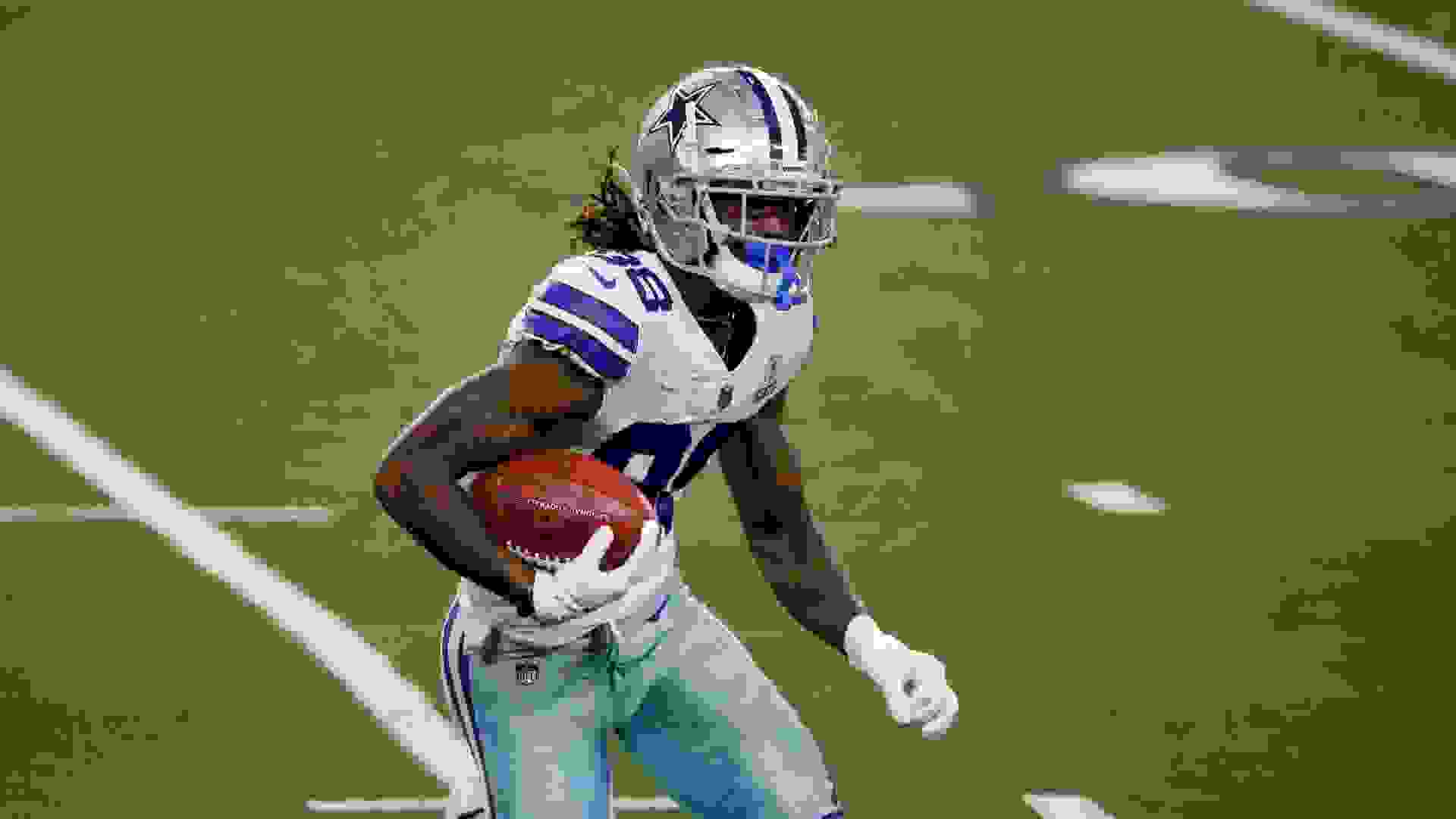 The highest-ranked rookie in jersey sales is Lamb, a first-year receiver from Oklahoma.

Lamb has speed to burn and is a threat to score with every catch — he has 44 catches for 595 yards and three touchdowns this season. But his jersey sale numbers no doubt also stem from playing for the popular Cowboys. 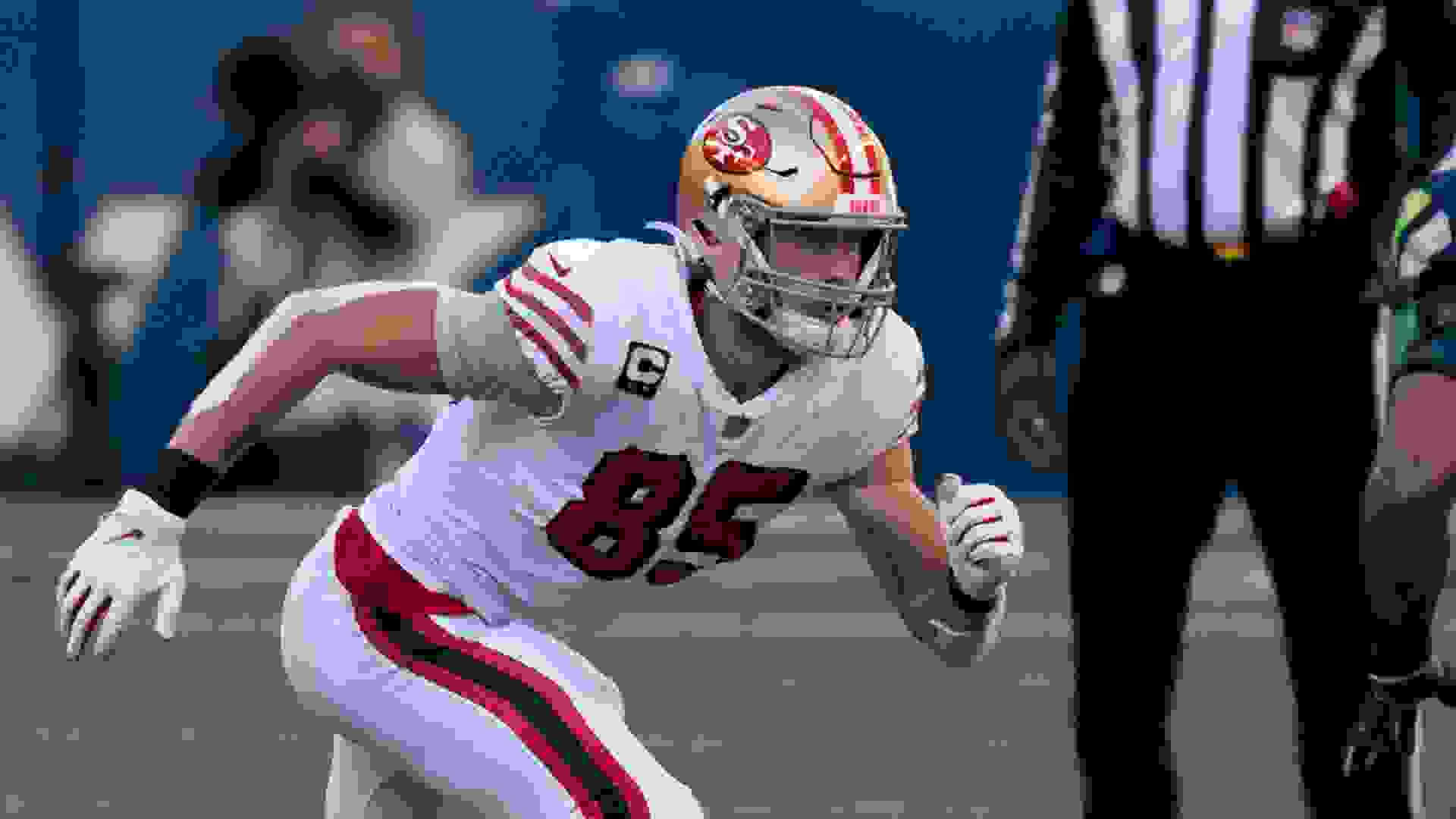 Kittle, considered one of the top tight ends in the NFL, blasted onto the scene and up the popularity rankings last season when he helped the 49ers reach the Super Bowl. This year, he suffered a broken bone in his right foot in their loss to the Seattle Seahawks on Nov. 1.

The tight end, who was the 49ers’ leading receiver with 37 catches for 474 yards and two touchdowns, is expected to miss eight weeks. 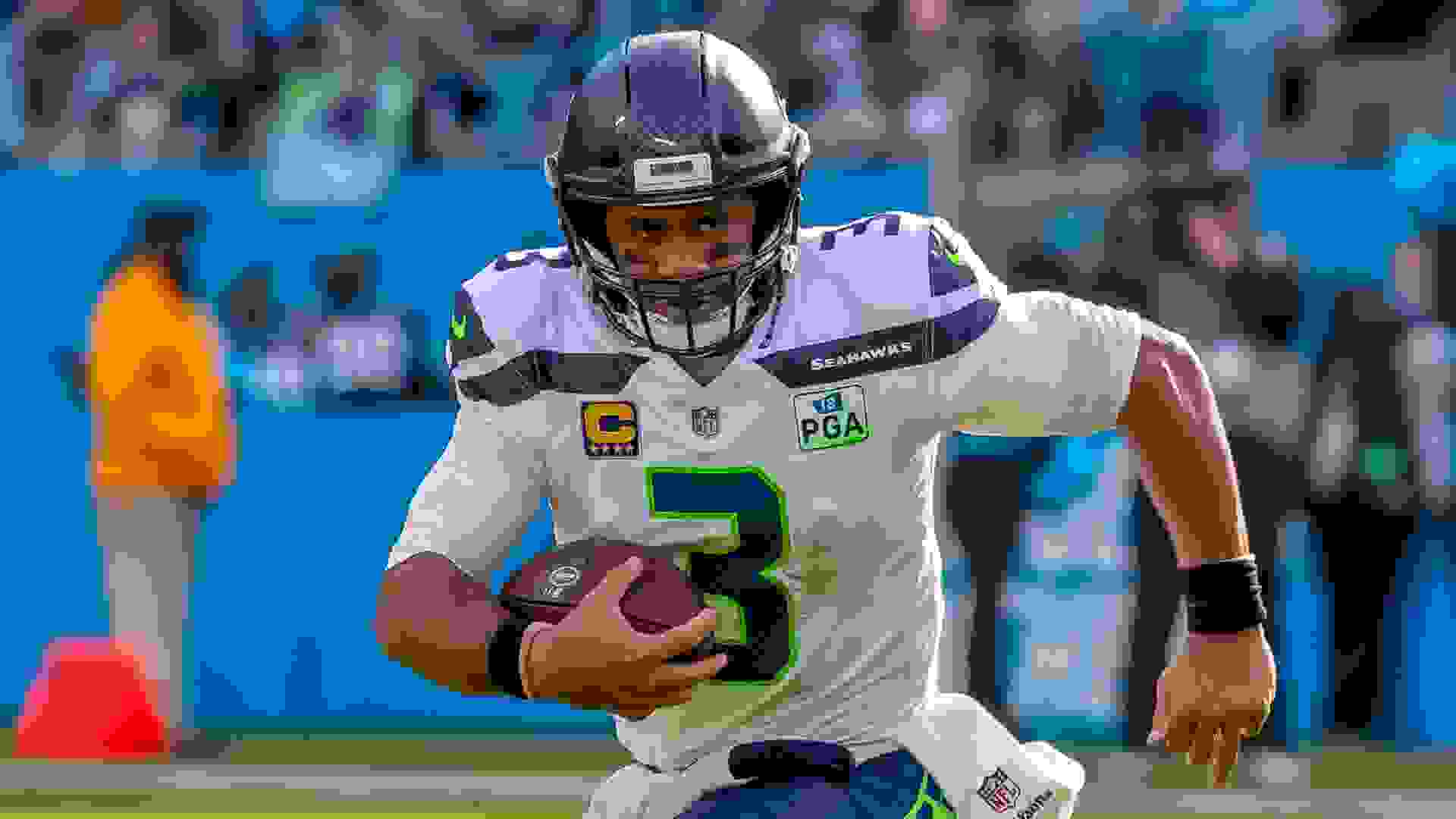 Wilson has thrown for 2,789 yards, 28 touchdowns and 10 interceptions for the Seahawks, who have suffered two tough losses in a row.

The popular quarterback, who is married to pop star Ciara, recently applied for a trademark for “Let Russ Cook,” a phrase referring to the Seahawks going to a pass-first offense this season. 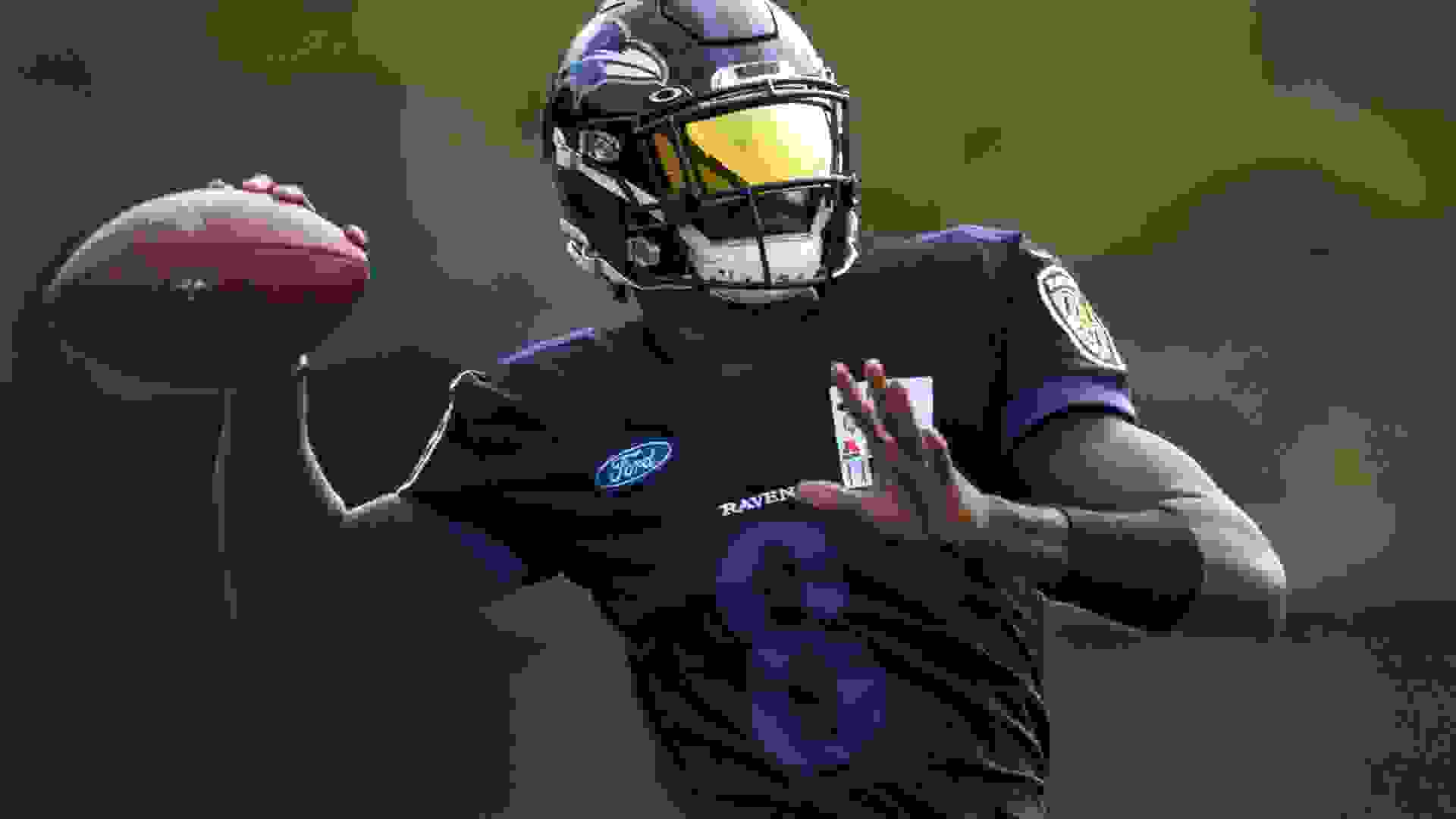 Jackson’s jersey remains extremely popular despite his struggles so far this season.

The Ravens quarterback, the reigning NFL MVP, has completed 158 of 247 pass attempts for 1,762 yards, 14 touchdowns and five interceptions. As usual, he remains a threat on the ground, with 90 carries for 524 yards and three scores.

Newton is a former MVP, with a dazzling smile and lots of swagger. Put him on the perennially successful New England Patriots in the big Boston market, and it’s no surprise that his jersey sales are high.

Certainly, any popular player’s sales will get a boost from switching teams, and that’s the case here. Newton was cut by the Carolina Panthers after nine seasons.

It remains to be seen if his numbers will stay high, as he has struggled with inconsistent play for the 4-5 Patriots. Newton has thrown three touchdowns and seven interceptions. 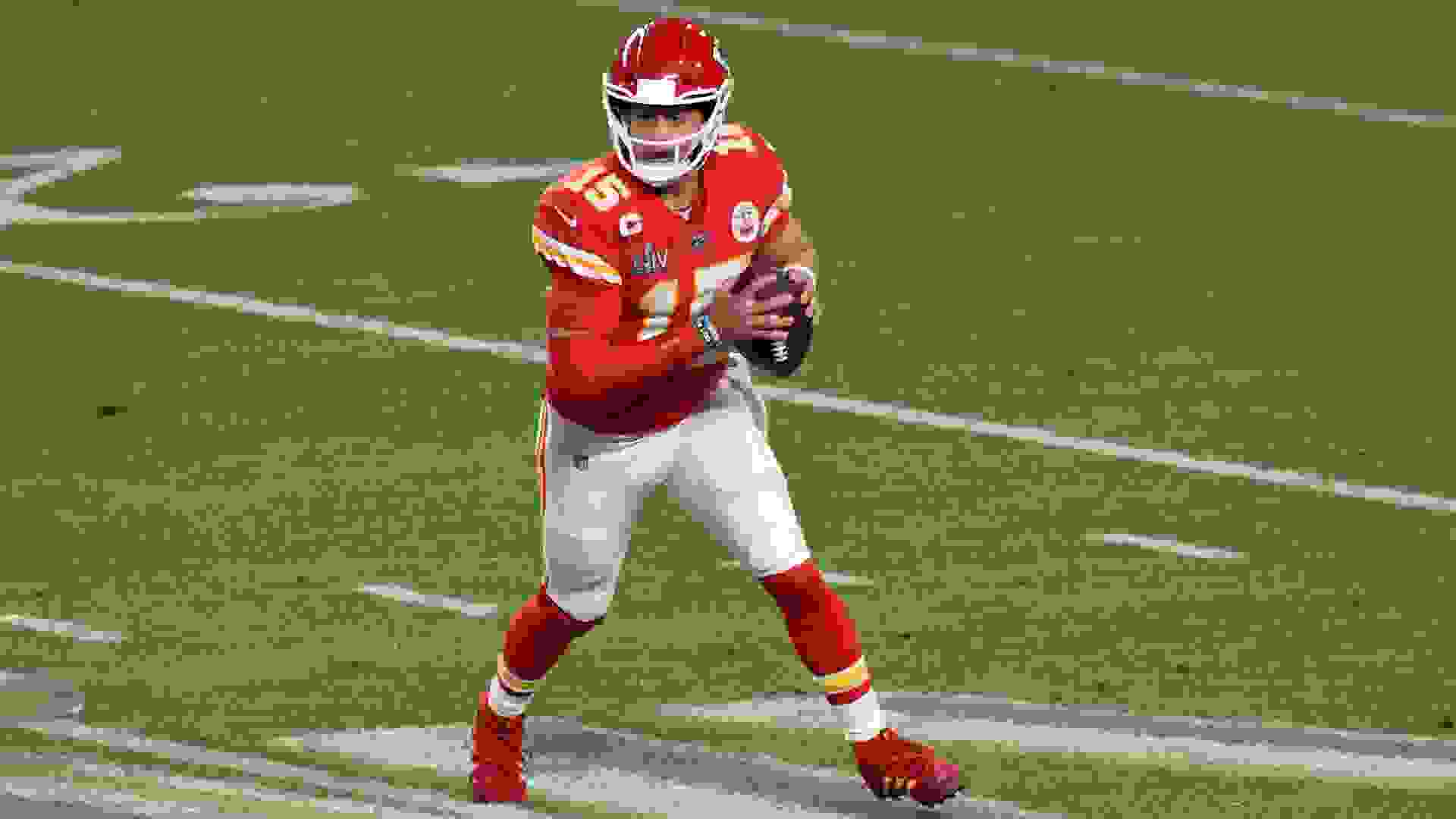 The Super Bowl-winning quarterback is having another spectacular season, completing 66.9% of his passes for 2,687 yards, 25 touchdowns and just one interception.

Mahomes has captured fans’ attention – and jersey sales – with his rocket arm, no-look passes and flair. With the Chiefs (8-1) being one of the best teams in the NFL again this season, Mahomes certainly will remain in front of fans with plenty of prime-time games. 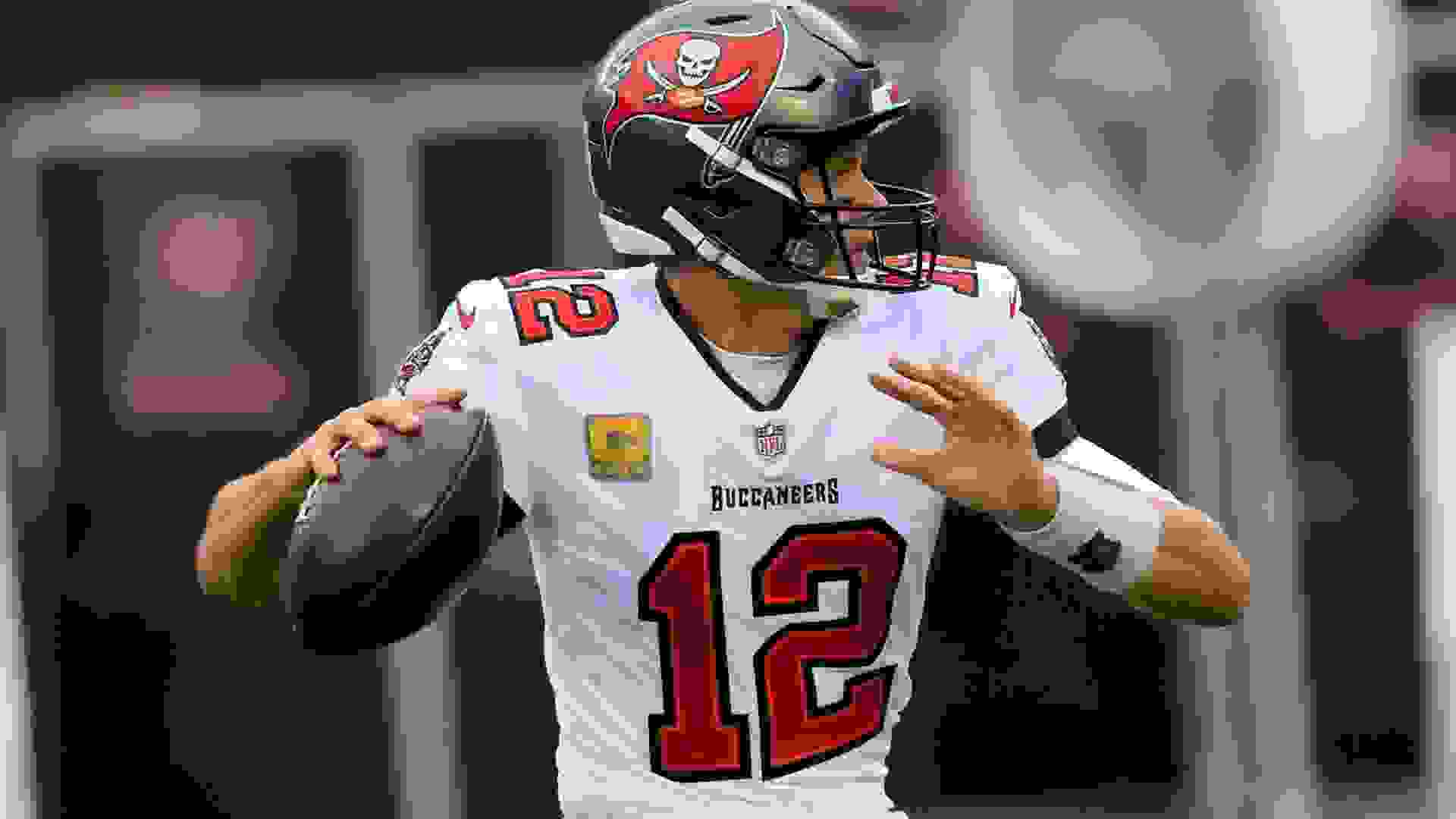 New location, same popularity for the player many consider the greatest quarterback of all time. After winning six Super Bowls in his 20 seasons with the New England Patriots, Brady tested free agency and joined the Tampa Bay Buccaneers.

The new No. 12 jersey was immediately a hit with fans, skyrocketing to the top of the list.

The Bucs are 7-3 and Brady has had a solid season so far, completing 66% of his passes for 23 touchdowns and seven interceptions. Those numbers appeared to be a little colored after suffering the worst loss of his career on Nov. 8, a 38-3 rout by the New Orleans Saints. Luckily, he rebounded with a 46-23 win over the Panthers. 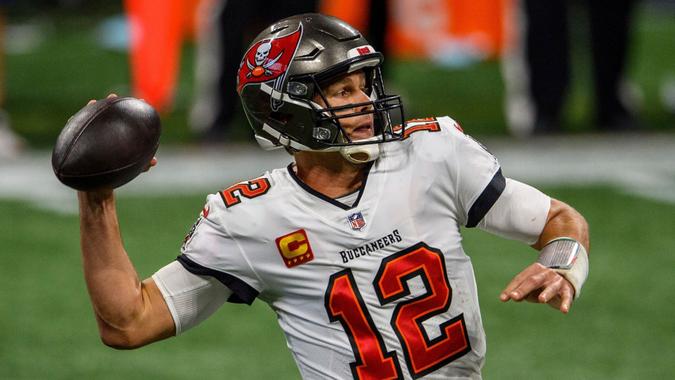 How Rich Are Tom Brady and These Other Big-Name Athletes?

> Net Worth > Sports > Cam Newton, Tom Brady And The Top-Selling NFL Jerseys Of 2020