How COVID-19 Has Impacted Retirement Savings 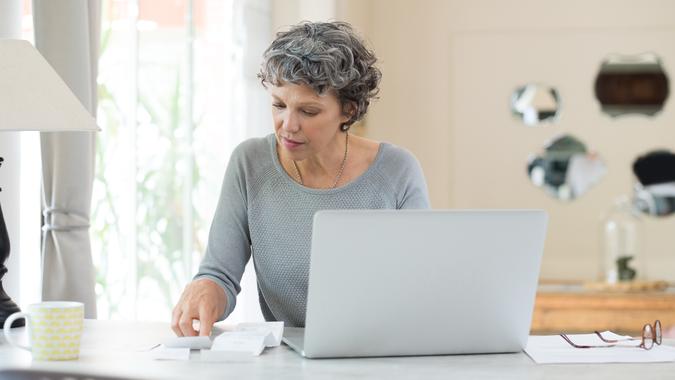 Even before the COVID-19 pandemic hit, many Americans struggled to build up sufficient retirement savings. The pandemic has only exacerbated the problem — so much so that just 36% of non-retired adults in the United States believe their retirement savings are on track, according to a study from the Federal Reserve.

See: Social Security Benefits Might Get Cut Early — What Does It Mean for You?
Find: More Than Half of Americans Have Changed Their Retirement Contributions Due to COVID-19 — Should You?

About one-third of Americans who planned to retire say it will now happen later because of the pandemic, CNBC reported last week, citing a study from Age Wave and Edward Jones. Roughly 14 million stopped contributing to their monthly retirement accounts, with many struggling Americans needing to use that money for essentials instead.

The situation has gotten even murkier in recent months. The delta variant has thrown a major wrench into the economic recovery and the positive impact it would have on both earnings and retirement savings. The U.S. economy added only 235,000 jobs in August, according to the Labor Department. That was well below economist projections and represented one of the weakest months for hiring since the recovery began more than a year ago, The New York Times reported.

Meanwhile, a report released last week by Social Security and Medicare trustees said Social Security benefits will have to be cut by 2034 — a year earlier than previously projected — if Congress does nothing to address the program’s long-term funding shortfall. As it stands now, the combined trust funds for Social Security will only be able to pay 78% in promised benefits to retirees and disabled beneficiaries.

See: A New COVID-19 Fear for Parents — Retiring Broke
Find: How to Protect Your Retirement Savings During the Coronavirus Pandemic

Those funds are disappearing earlier than expected because of the COVID-19 economic downturn, which contributed to a big drop in employment that resulted in declining revenue from payroll taxes.

These kinds of events make it even more important to build up your retirement savings so you don’t have to depend too heavily on Social Security benefits when you leave the workforce — something most financial advisors say you should be doing anyway.

See: Cashing Out a 401(k) Due to COVID-19: What You Need to Know
Find: How COVID-19 Changed Retirement for Everyone

Young adults should put an even bigger emphasis on saving for retirement as early as possible through 401(k), Roth IRA and similar accounts — especially given uncertainty surrounding COVID-19. Personal finance expert Suze Orman estimates that if you open a Roth account at 18 years old and contribute $100 a month for the next 40 years at a 12% annual average rate of return, you’d end up with about $1 million. In contrast, if you wait until you’re 28 to start, you’d only have $300,000 by age 58.

But even if you didn’t get started early, you should still get started now, no matter how old you are.

See: Baby Boomers Can Grow Their Retirement Savings Quickly in 10 Simple Ways
Find: 42 Easy Ways to Save for Retirement

“My fear is that people will feel like, ‘I am behind. I will never make it up, so I’m not going to try,'” certified financial planner Abbey Henderson, CEO of Concord, Massachusetts-based Abaris Financial Group, told CNBC. “Every little bit helps. Take baby steps.”

Those baby steps should include factoring inflation into your retirement plans by diversifying your portfolio so that it includes assets such as real estate and inflation-adjusted Treasuries or commodities, Henderson added.