We’re nearly halfway through 2015, which means it’s time to stop putting off your plans to improve your finances this year. But it’s one thing to know you want to fix your financial situation, and another to take action. Where should you start?

Here’s a suggestion: Dave Ramsey. He’s a famed financial expert and champion of getting out of debt (the man doesn’t own a credit card) who’s made his career on sharing tried-and-true advice with millions of readers and listeners. He’s also built a bit of a dynasty with his daughter, Rachel Cruze, a personal finance expert in her own right.

The advice Ramsey dishes out in his many books and on “The Dave Ramsey Show” is concrete, sometimes harsh and always helpful. We rounded up six of the best financial tips Dave Ramsey offered last year to help you start getting 2015 on track.

1. Set Up a Side Income Source

If you have a part-time job and are having trouble making ends meet, Ramsey suggests getting creative and using your talents to string together other side jobs to supplement your finances — that’s the advice he gave a caller on his radio show who was having trouble supporting his family with a $13.50-an-hour job.

“If you cut grass for yourself, for two people, you could average $25 an hour,” he said. “Let’s start to think that way in the short term to get the income up. … Even if you just did a few little things and made a thousand bucks a month, dude — that changes your whole life right now.”

2. Stop Buying What You Can’t Afford Up Front

If Dave Ramsey is known for anything, it’s his insistence that people need to minimize their debt — and, ideally, never get into debt in the first place.

“You’ve been buying stuff like out of control — like it’s water,” he told a caller with more than $80,000 in credit card debt. “I mean, you’re broke and you go buy a new car, and put it on payments. … We just keep buying crap we can’t afford like you’re in Congress. It’s got to stop. You’ve got to stop buying things you can’t pay for.”

It’s a basic concept, but it does require a certain amount of will power. Once you decide that one purchase you can’t afford is OK to cover with credit, it’s easy to slip into the mentality of justifying all your expenses and quickly accumulating debt. But, as Ramsey told the caller: “You do not want to be this clueless five years from now.”

Many people are stuck in a paycheck-to-paycheck lifestyle. Maybe it’s something they’ve fallen into on hard times, or maybe it’s the incorrect perception that their income necessitates it. According to Ramsey — and almost every personal finance expert out there — it doesn’t have to be this way.

“The problem is you’re getting on the wrong side of this,” Ramsey told one radio show caller. “The money is gone and then you’re trying to look back and see where it went. … Instead you need to tell it where to go before it leaves.”

In short: Budget. Budget everything. And there are no lack of budgets out there to help you. Between the 50-30-20 budget, the envelope method and other tactics often cited as cures to overspending, it can even be difficult to narrow down an option that works best for your situation. The best tip is to isolate your needs, consider your expenses for them, and then tackle your wants and negotiables.

Though you might not have enough money to cover a car purchase — and you tell yourself a car is essential — Ramsey strongly cautions his listeners against accumulating auto loan debt, especially if they’re already struggling to pay their current bills. His advice: Buy with cash only. If that’s not possible, the car purchase will have to wait.

“You need to understand, a car payment is a way to ensure that you stay broke,” Ramsey told his radio show listeners.

He noted that 84 percent of cars purchased in 2013 were financed through a loan, while one-third of those loans were taken out by subprime borrowers.

If a new car is outside your budget, check out the alternatives, including buying used or looking into public transit. You can also try these tips for lowering your transportation costs.

If you’re a high school senior, the parent of one or interested in going back to school to obtain another degree, it’s tempting to fantasize about elite, far-away universities. But is that practical? If you can’t afford the tuition needed to attend a private or out-of-state school, Ramsey argues it’s better to be realistic and choose a school that’s within your budget.

“Go to where you can afford,” Ramsey explained in an interview with CNN last April. “Don’t go $100,000 in debt or $60,000 in debt when you can go to this school over here and it doesn’t cost you anything — I mean, no debt! … And the difference in where you go to school — it’s very difficult to find any research that says that’s why people succeed.”

Sure, some schools have better reputations than others, but ultimately, for most fields, it doesn’t matter where you obtained your undergraduate degree.

If a private school is out of reach, consider in-state public options. If the state’s major university costs too much, look to state colleges or junior college options. In fact, President Obama recent proposed a plan in which community colleges would be free for all students who apply themselves and meet certain grade requirements.

Read: You Haven’t Saved Anything for College: Now What?

6. It’s Not a Huge Deal If You Don’t Have a Credit Card

According to Ramsey, if you don’t have a credit card and feel pressure to get one to build your FICO score, it’s not worth it — opening a line of credit could open you up to substantial debt.

“It’s so weird everyone worships the altar of the great FICO,” Ramsey said on his radio show recently. “So God forbid someone should challenge and say ‘Hey, FICO has no clothes. The emperor has no clothes.’ It’s mythology! It’s not an indication of wealth building.” 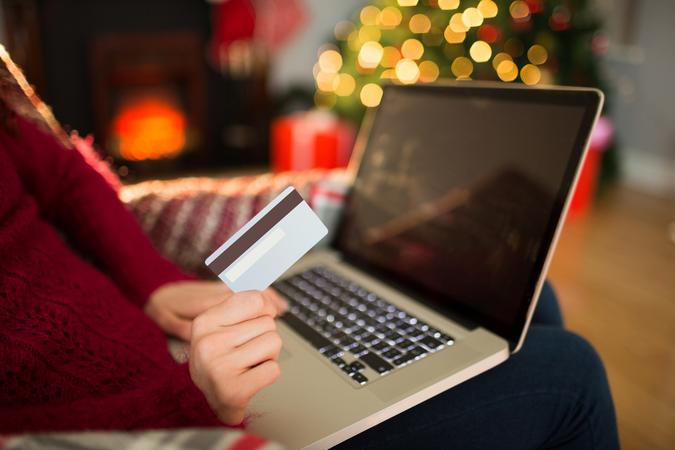