Millions of Americans are living paycheck to paycheck. But while around one-third of Americans, or 38 million households, are living hand-to-mouth, they aren’t technically poor, according to the Brookings Institute, a nonprofit that conducts independent research. In fact, nearly one-third of households earning $75,000 or more annually live paycheck to paycheck at least sometimes, according to a survey by SunTrust.

What this data suggests is that while you might climb the proverbial corporate ladder and make more money, poor financial habits can follow you, continuously sabotaging your finances over the years. If you’re living paycheck to paycheck, here are seven common money mistakes you might be making.

Read: 5 Ways to Defend Yourself Against Financial Bullies

One in five Americans spend more than they earn, according to a Federal Reserve Board report.  And 44 percent of those surveyed by SunTrust agree that spending on lifestyle purchases, such as dining out and entertainment, is part of the reason they live paycheck to paycheck and save less than they should each month.

A few years ago, Michelle Schroeder-Gardner was living paycheck to paycheck because she was spending about $1,000 a month on restaurant meals and about $500 a month on clothing. “At the time, I didn’t realize what kind of problem I had,” said Schroeder-Gardner, who now blogs about personal finance at MakingSenseofCents.com. “I was young and not very smart about money, plus it seemed like everyone else around me was doing something similar.”

She broke her cycle when she realized she had a spending problem and made a conscious decision to reign in her spending.

Learn: 5 Signs You Have a Spending Problem

2. You Don’t Have a Financial Plan

Only 20 percent of adults have developed a written financial plan, according to Northwestern Mutual’s 2015 Planning and Progress Study. Brian Brandow was among those without a plan for his money. As a result, he was living paycheck to paycheck.

“We finally had a rock bottom moment and had accumulated $109,000 worth of debt,” Brandow said. So he and his family built a budget and created a plan to pay off their debt. They are now debt free, and he blogs about being responsible with money at DebtDiscipline.com.

If you don’t have a plan for your money, one use of it is as good as any other. Without a plan, you invite reckless spending in your life and create new hurdles for getting ahead financially. Learn how to create a spending plan so you can align your expenses with your goals.

3. You Don’t Have a Financial Cushion for Emergencies

More than 60 percent of Americans have less than $1,000 in savings, according to a recent GOBankingRates survey. This survey suggests that the majority of people likely don’t have enough set aside to cover unexpected expenses or emergencies — which could deal a major financial blow to anyone living paycheck to paycheck.

You should create an emergency fund to help you avoid living paycheck to paycheck when unexpected expenses arise, said Bethy Hardeman, chief consumer advocate at Credit Karma. You can find extra money in your budget to set aside by looking for expenses you can cut, such as subscription services or a gym membership you’re not using, she said. Also, look for fees you can eliminate, such as bank account charges you can avoid by switching to a financial institution with no-fee checking.

You can also come up with extra cash in your budget by negotiating lower rates with your service providers, said Nicole Lapin, financial expert and author of “Rich Bitch.” “Do a yearly housekeeping call to all of your major bill generators — your cable, phone and internet companies — and see if there might be a better deal available,” she said.

4. You Let Your Debt Mount

It’s hard to break the cycle of living paycheck to paycheck if you’re relying on credit and carrying a balance. And if you’re only paying the minimum each month, that’s a surefire way to be stuck in debt forever.

If you’ve racked up debt on several credit cards, Lapin recommended focusing on the card with the highest interest rate first to minimize the amount of interest you’ll have to pay. Put as much as you can toward that card each month while paying the minimum on your other cards. Once that balance is paid off, move on to the card with the next highest rate.

Also, call your card issuers if your accounts are in good standing to see if they’ll be willing to lower your interest rates. “Companies want to keep their best customers and many are cutting down interest costs for a portion of the year,” Lapin said. Or look for balance transfer offers that will allow you to roll your credit card debt onto one low-rate card.

When you’re living paycheck to paycheck, you might be tempted to skip bill payments when your bank account balance runs low. However, you’re only making your situation worse. “Skipping a payment before figuring out your options can lead to bigger ramifications down the road,” Hardeman said.

Not only will you have to pay late fees, your credit score will take a hit if you’re making late payments on consumer debt — making it harder and more expensive for you to borrow money. Rather than skip payments, call your credit issuers or service providers to figure out a payment plan that requires smaller monthly payments, Hardeman said.

If you’re struggling to keep up with federal student loan payments, you might be eligible for an income-driven repayment plan that will reduce the monthly amount you owe. Or you can apply for a deferment or forbearance to postpone or reduce your payments to avoid defaulting.

6. You Don’t Look for Ways to Earn More

In addition to reigning in her spending, Schroeder-Gardner took on several side jobs to make more money so she could stop living paycheck to paycheck. With the extra money she made, she was able to pay off $38,000 in student loan debt in seven months and then start funneling money into savings.

There are plenty of ways to make extra money that don’t require a lot of time — from taking online surveys to selling stuff you don’t need. Or you can boost your income with a second job to earn enough to quickly pay down debt and increase savings so you won’t have to continue living paycheck to paycheck.

7. You Use Payday Loans

If you’re really struggling to make ends meet, you might be resorting to payday loans to not only cover the cost of emergencies but also to pay for ordinary expenses. In fact, of the 12 million adults who use these short-term loans, most use them to cover recurring costs such as bills, rent or mortgage payments and even food, according to a report by The Pew Charitable Trusts.

“It’s easy to get into the cycle of ‘just one more time,’” Hardeman said. But payday loans are “something you want to avoid at all costs.” These loans come with extraordinarily high interest rates — APRs of 391 percent to 521 percent, according to the Center for Responsible Lending. And payday lenders will let you roll over the balance of a loan for a fee if you can’t repay the full amount when it’s due. If you roll over a typical payday loan of $325 eight times, you’ll owe more than $460 in interest and have to repay a total of nearly $800.

Rather than resort to payday loans — or to break the cycle of using them — get free or low-cost counseling from a nonprofit service. You can find credit counselors in your area at NFCC.org. 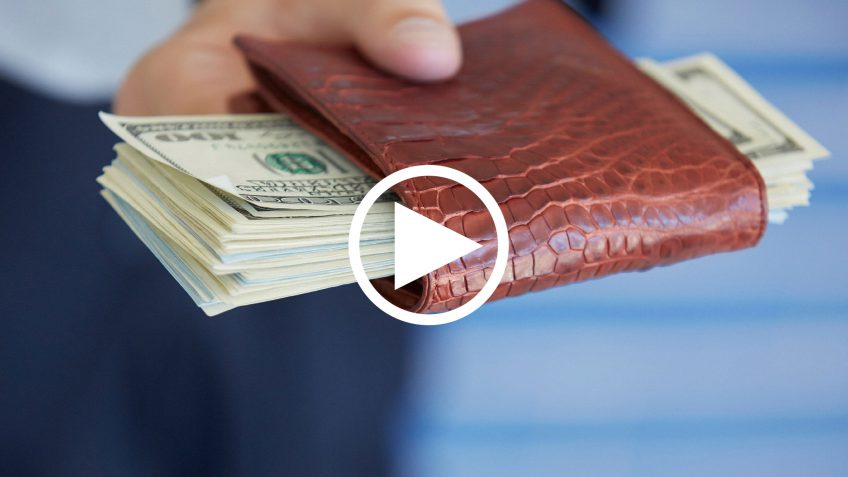 7 Money Tips for Every Day of the Week