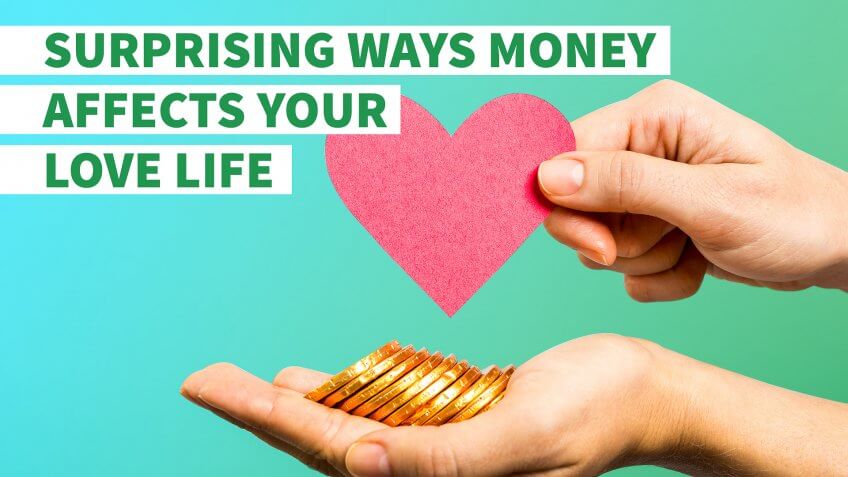 How comfortable are you with talking about money with your significant other? If you're not discussing finances, your relationship could be heading for disaster.

One of the signs of a healthy relationship is the ability to recognize the significance of money without letting it overwhelm what's most important: love and trust. That being said, a highly charged romance can only keep a lid on financial issues for so long. This is why many couples consider opening a joint bank account to avoid future financial disputes.

From credit card and student loan debt to lying and talking about money, check out these seven surprising ways your finances can impact your love life. And, find out how you can prevent money from ruining your relationship. 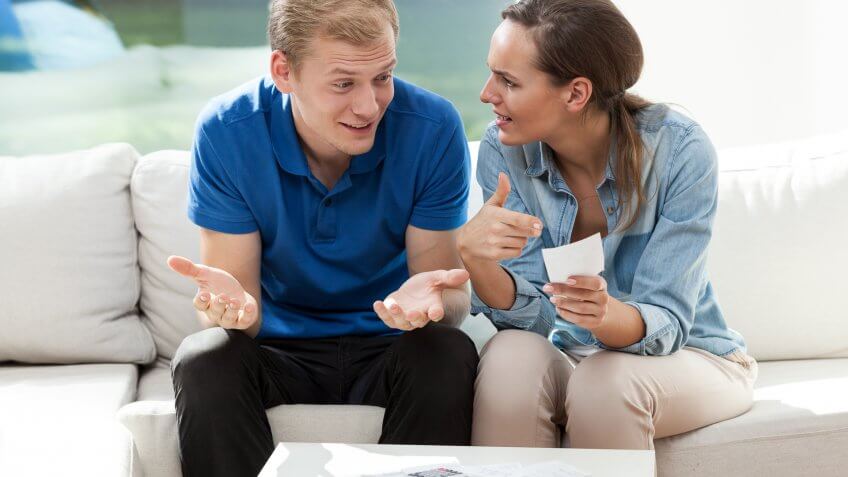 Talking about money early and more often could lead to a happier relationship.

One of the most common questions many people have while dating is when and how to talk about money in a relationship. Good communication is one of the hallmarks of a successful relationship. So although talking about money might lead to some arguments between you and your partner, discussing finances can promote not only a healthy relationship, but a happy one.

TD Bank's Love and Money 2016 survey confirmed the importance of having discussions about money in a relationship. In its survey, TD Bank asked people a variety of questions on money, their significant other and their relationship. One of the most notable data points was that the overwhelming majority of the survey respondents, nearly 80 percent, who talk about money at least once a week said they are happy.

"Despite their age, younger generations are talking earlier and more frequently with their partners about money," said Ryan Bailey, head of consumer deposits, payments and personal lending at TD Bank. "And the results show they are happier in their relationships than any other generation."

Building up a dialogue about money requires you to get an early start on the conversation. If you don't, you could end up like the 42 percent of "unhappy" respondents who said their biggest money mistake was "waiting too long" to talk about money in a relationship. And, a notable percentage (21 percent) of "happy" respondents also said their biggest money mistake was delaying the talk about finances with their partner.

When it comes to money and relationships, discussing money is important because you're not just sharing financial details — you're "sharing personal feelings, goals and intimacies," said April Masini, a relationship expert and founder of relationship advice forum AskApril.com. "These are the building blocks for relationships. Inversely, not sharing these things eats away at a relationship."

Sharing common goals can help align couples, and discussing money is a useful way to find out more about your significant other and bringing interests together, she added. 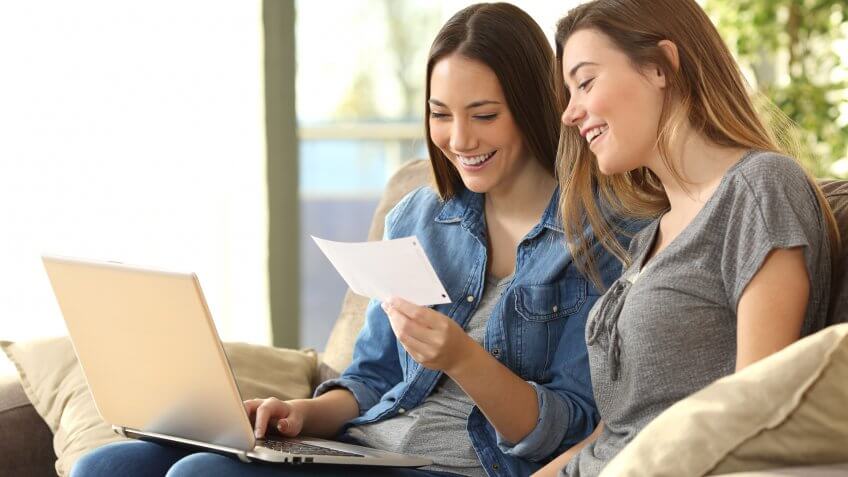 Sometimes, debt can be the kryptonite to an otherwise healthy relationship. In a recent GOBankingRates survey, 52 percent of people who have ended a relationship because of money problems have broken up because their partner put them in debt.

But, there's good news for college students and grads looking to build healthy relationships. Maybe it's because more than 40 million Americans carry roughly $1.2 trillion in student loan debt, but this type of debt likely won't discourage people from dating you.

For the vast majority of respondents in the TD Bank survey, student debt did not deter them from dating an indebted person. Most respondents, 69 percent, said student loan debt has no impact on their willingness to date versus 26 percent who said they're less likely to date someone with student debt.

It's surprising that something as burdensome as student loan debt doesn't matter much to people when choosing a partner. After all, some student loan debt amounts are tens of thousands of dollars and could take years to pay off, limiting the amount of money a couple has available for discretionary purposes. 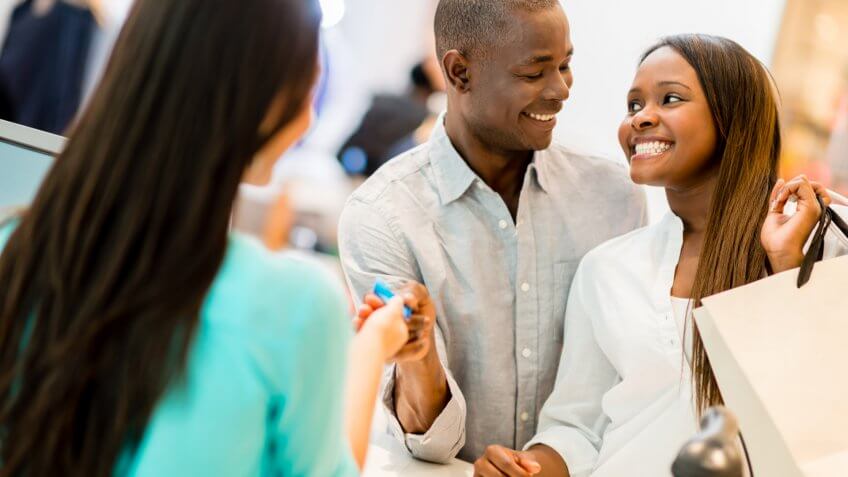 But your credit card debt might make you less desirable.

"Education seems like a worthy investment to most people," said Masini. "But credit card purchases seem to be more arbitrary." So, if you want to increase your chances of having a healthy and happy relationship, take steps to get rid of credit card debt. 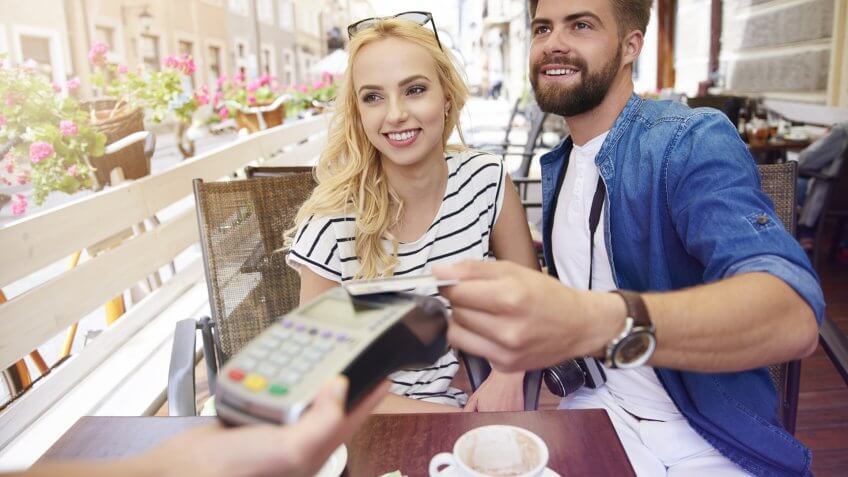 Paying for your date could make you happier.

One might think it would be the other way around — more "happy" people in relationships would say their dates pay for them or at least split the check. 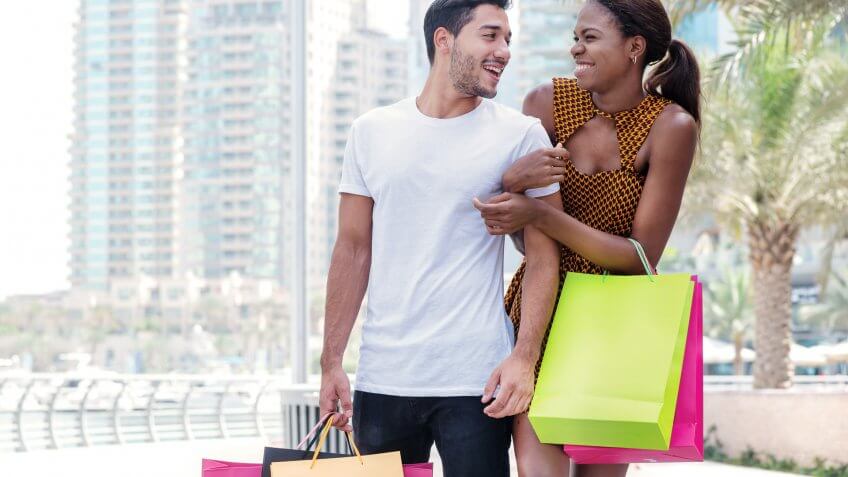 Lying about money probably won’t get you dumped.

Considering how central trust is to a healthy relationship, it's a bit surprising that lying about money isn't that big of a deal — at least, not to most of the respondents in the TD Bank Love and Money survey.

You might think lying about money would be a bigger deal breaker. But remember: Respondents were answering a hypothetical question about lying. "Until it actually happens to them, financial infidelity simply seems like something two people can get through," said Masini.

"The reality of financial infidelity is a lot more devastating than it seems like it would be," she continued. "There are going to be some major bumps that not only have to do with why this secret financing was made, but why it wasn't a joint decision. Chances are, the reason it's not a joint decision is because it's not something that you both agree on."

See: Signs Your Significant Other Is Lying About Money 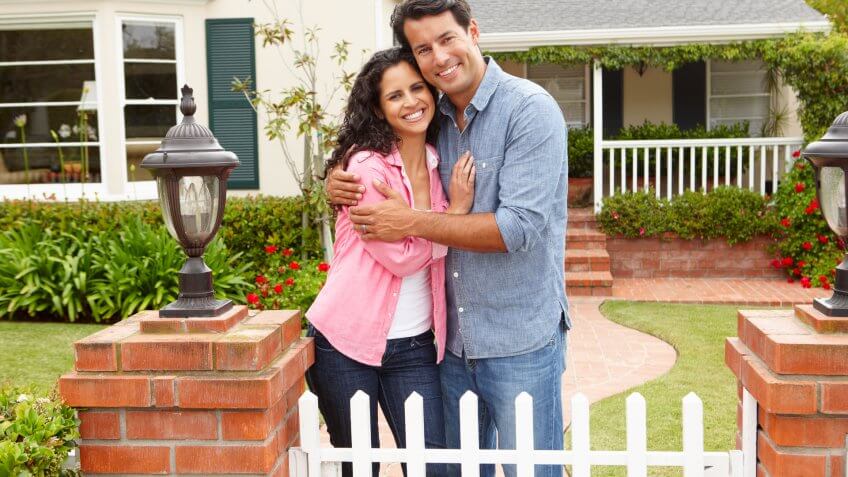 If you own a home, your partner will see you as more financially independent.

Although owning a home is a major financial milestone, it's hardly the only one. Owing minimal credit card debt is another milestone, but it's a distant second with only 27 percent of respondents saying that it's the biggest indicator of their partner's financial stability. Meanwhile, 8 percent said "no longer live with parents," 7 percent said "student loans are paid off" and 2 percent said "no longer live with a roommate" are the biggest signs of their partner's independence.

"Homeownership is often seen as a goal as well as an asset and a hedge against the future," said Masini. Far more than just being a mortgage loan and a house, owning a home provides livelihood and an ideal setting for raising a family, she added. But perhaps the most important aspect of homeownership is the happiness and security it gives couples. 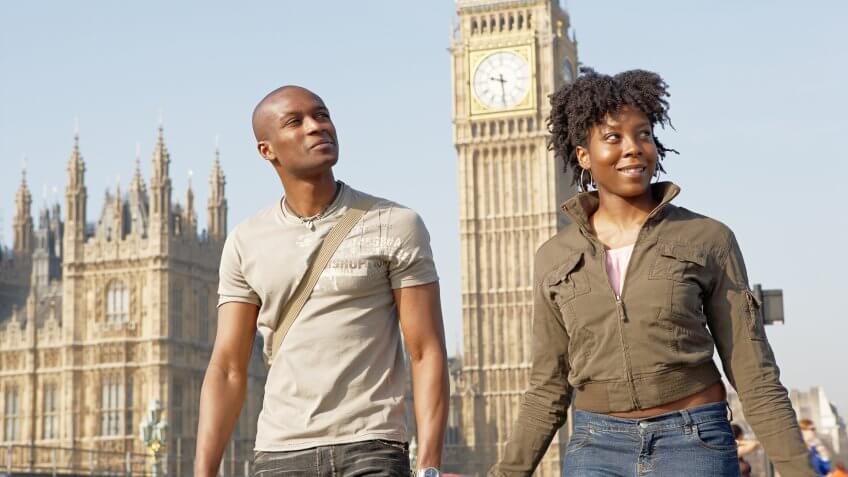 Having money to go on vacations could be key to a happy relationship.

Homeownership might signify financial independence, but taking vacations could make you a happy couple. Just consider the fact that 64 percent of "happy" respondents said they go on vacation at least once a year compared to a mere 6 percent who go every other year.

Taking vacations together is an activity that might get overlooked as a valuable investment. It's important to have money to buy a home and raise a family, but don't ignore the significance of taking time off to make memories together, try new things and just enjoy each other's company.

Plus, planning a vacation is like saving to buy a house or budgeting for groceries — you're managing money as a team, which brings you closer together, said Bailey.

"Vacations are important to mental health for individuals, couples and families," said Masini. "And budgeting and prioritizing vacation finances will absolutely create happiness in relationships."

Up Next: 7 Affordable, Romantic Weekend Getaways 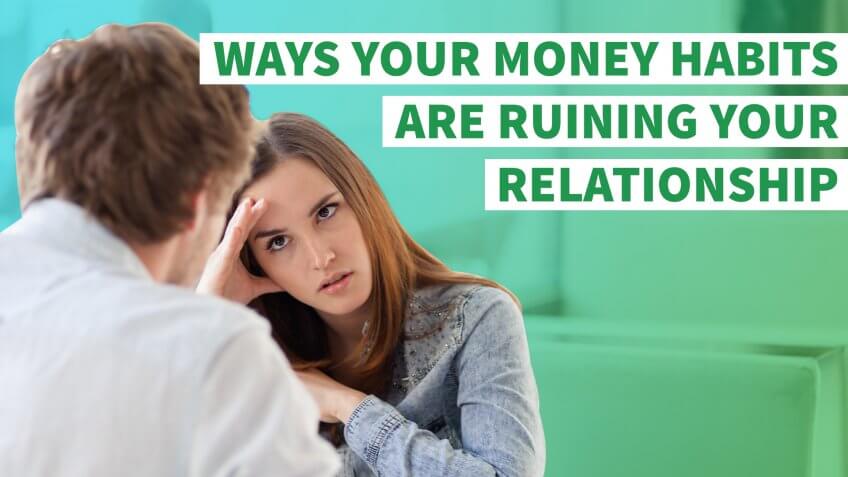 8 Ways Your Money Habits Are Ruining Your Relationship

Communication is the key to avoiding money woes.