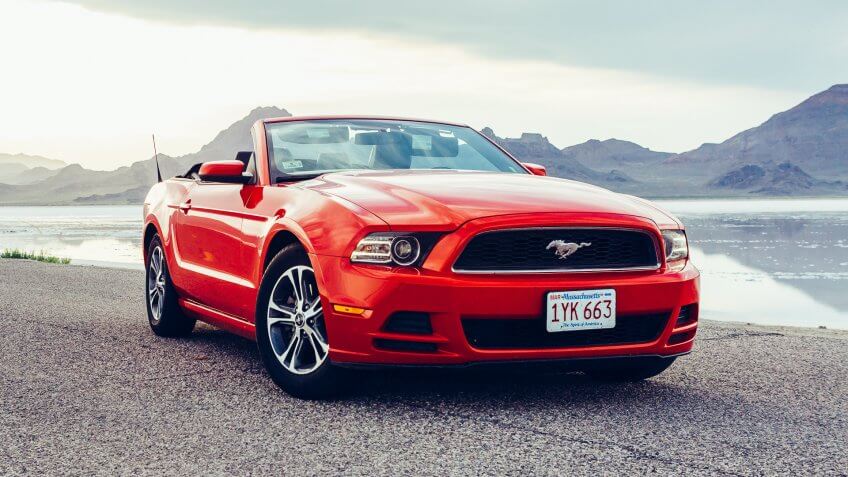 If you’re in the market for a new car, keep in mind that sticker prices don’t include the cost of gas mileage — or maintenance. Sometimes a set of wheels with a modest price tag can be among the most expensive cars to own. That’s because as the years tick by, the slow drip of tune-ups, repairs and upkeep can drain a driver’s budget with the hidden but inevitable costs of ongoing maintenance.

GOBankingRates used data compiled by YourMechanic to determine which makes and models are the most expensive cars to maintain over the course of 10 years. Take a look at which vehicles could cost you more than expected. 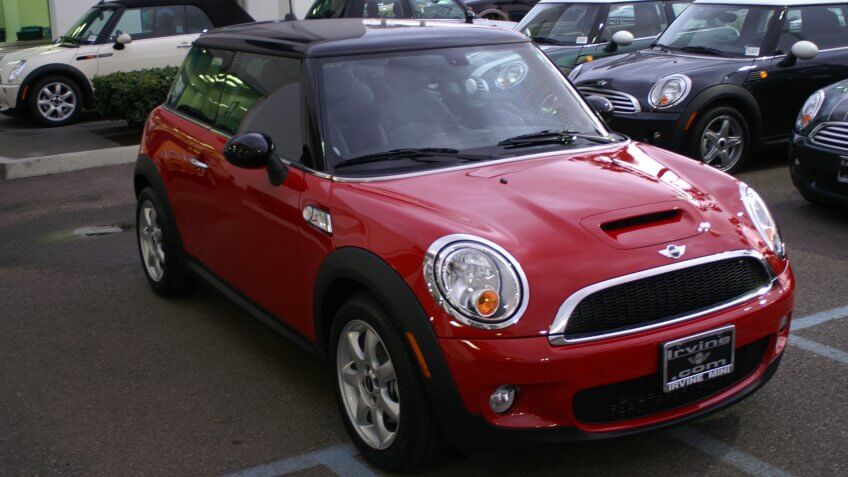 The Mini Cooper traces its history to 1957 and the Suez Canal crisis, which sent global fuel prices skyrocketing. The masses in post-World War II England were clamoring for a small, fuel-efficient car. The Morris Company responded with the Mini, which became a cultural icon of the 1960s.

Minis in general, across all of the brand’s models, average around $7,500 in maintenance costs over 10 years, which puts the Mini Cooper on the pricey side of the brand. 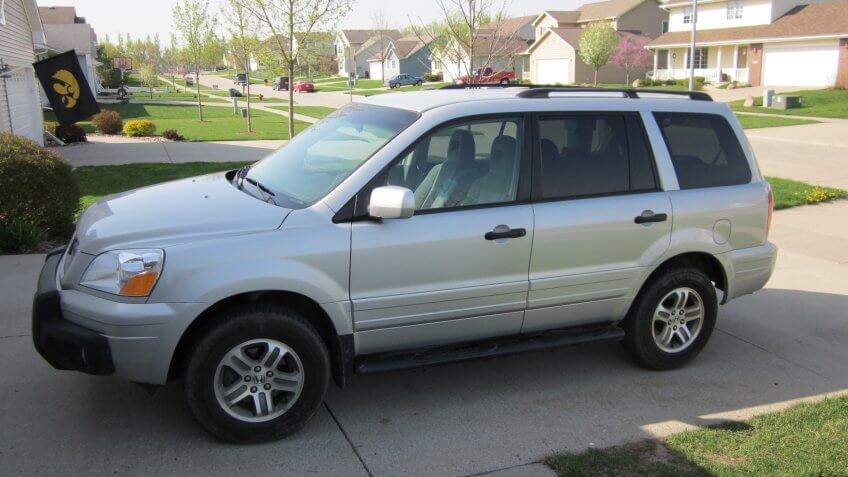 Soichiro Honda co-founded his namesake company in 1949. It’s now one of the world’s largest and most well-known conglomerates. Honda sold 5.3 million vehicles in its 2019 fiscal year — and that’s not counting the 20.3 million motorcycles and 6.3 million power products its loyal customers purchased that year.

Although the Pilot requires more care than other models, Hondas in general cost an average of only $7,200 to maintain over the course of a decade, which is low compared to other brands. Even more impressive is how little that cost increases over time. Maintaining the car during year one costs $145 on average, while year 10 averages $455, according to Consumer Reports. Those costs reflect basic upkeep rather than major repairs or overhauls. 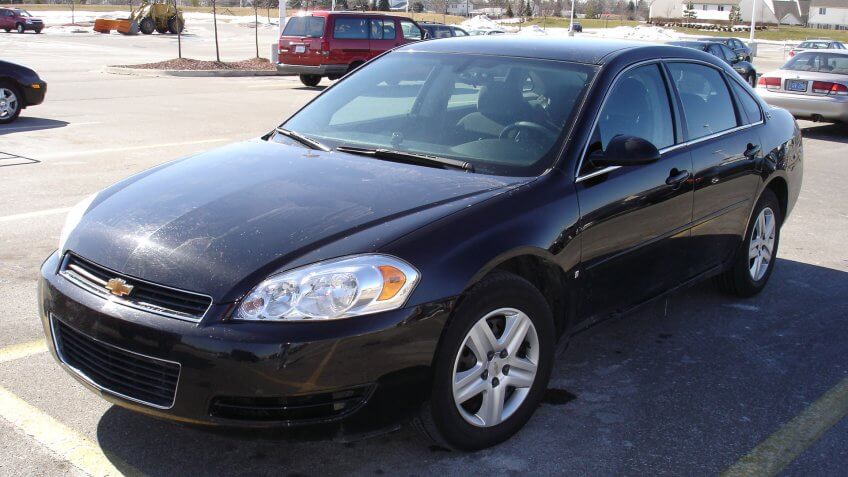 One of the most iconic names in automotive history, the venerable Chevy is the largest of the four remaining General Motors brands. With names like Corvette, Silverado and Camaro under its umbrella, General Motors held the No. 1 spot ahead of Ford when ranked by 2018 sales volume in America. 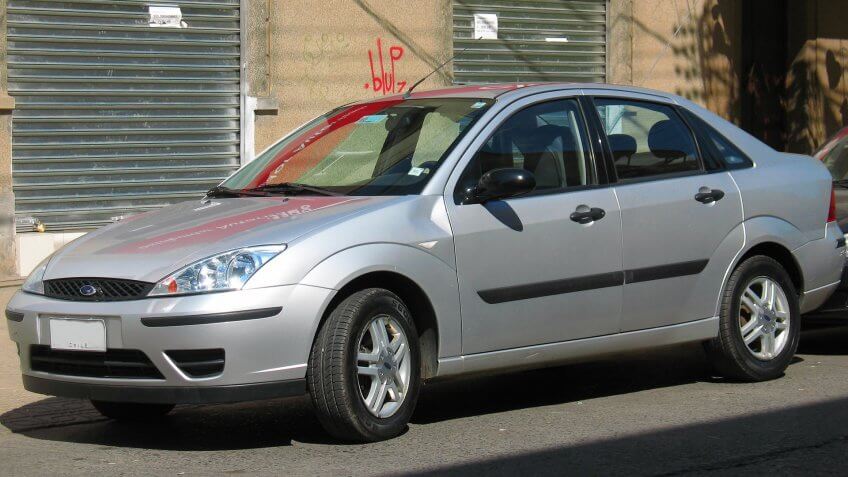 Of all the innovators in the history of cars, none stands taller than Henry Ford. Ford had been tinkering with motorized vehicles since the late 1800s, but he changed the course of human history in 1908 when he unveiled the first car designed for the everyman: the Model T. Five years later he would revolutionize global manufacturing when he perfected the mass assembly line. The company sold 15 million Model T cars before production ended in 1927.

Today, Ford cars across all models average about $9,100 in maintenance over the course of 10 years. With $160 billion in annual revenue, Ford is the world’s fifth-largest automotive brand and America’s most valuable car company. 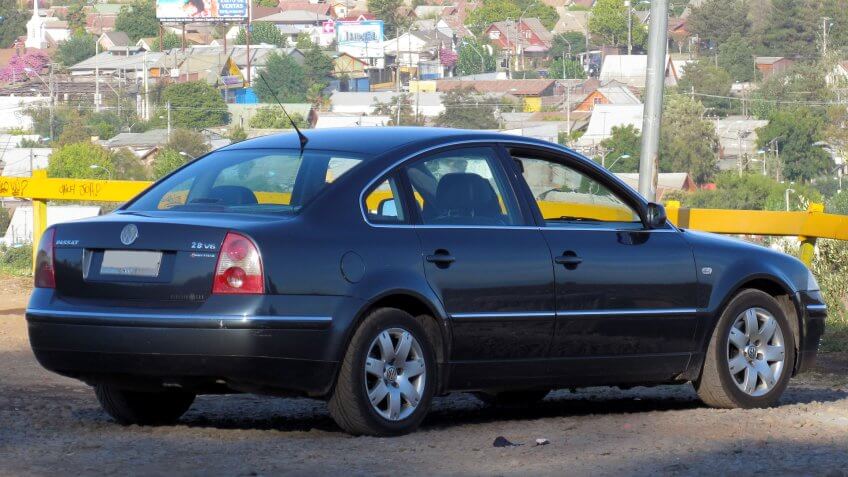 Germany’s answer to Ford’s car for the common citizen was the “people’s car”: Volkswagen. Founded in 1937, Volkswagen emerged at the same time as Germany’s legendary Autobahn highway network. Largely because of their association with the Nazis, VWs were generally shunned in postwar America — until 1959, that is, when the car was rebranded “the Beetle.” It would go on to become the bestselling import in the United States.

Although today’s VWs average only $85 to maintain during their first year, that number jumps to $685 annually by year 10. 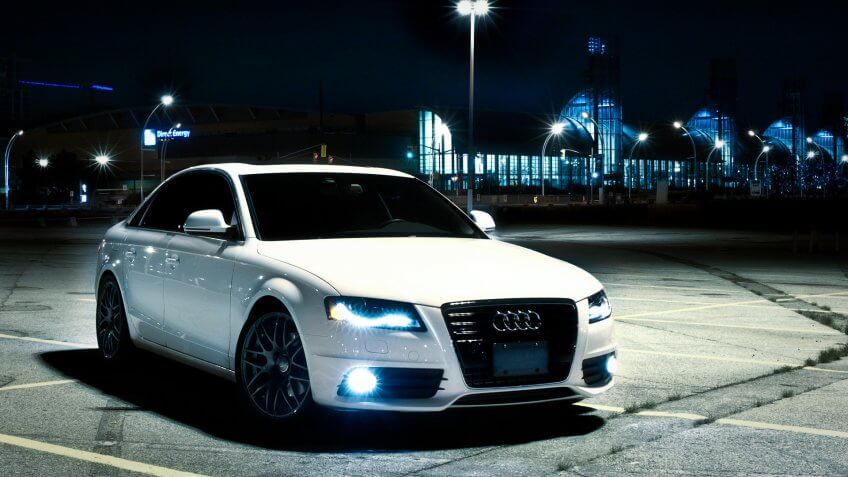 Known worldwide for its four-ring emblem, Audi is among the oldest automakers in the esteemed history of German car manufacturing. Audi vehicles generally bleed their owners for $12,400 over the course of a decade, making it one of the five most expensive brands to maintain. The Audi A4 is no different, requiring $11,800 on average to maintain over the course of a decade. 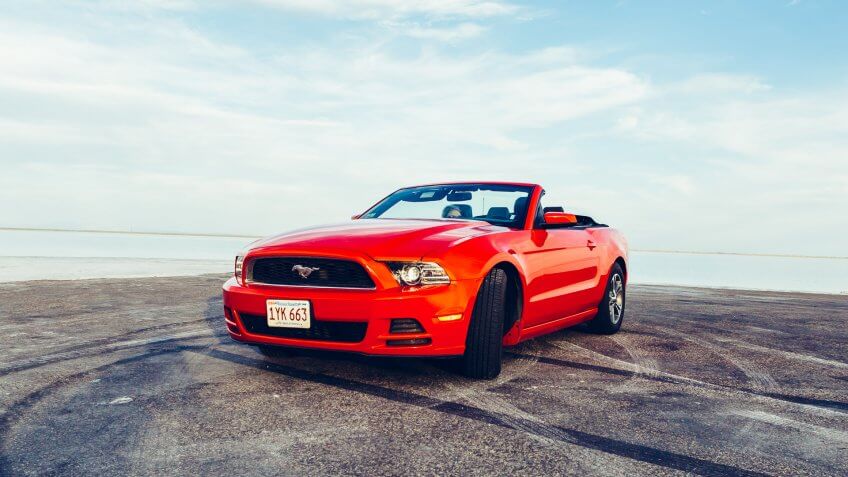 At the 1964 World’s Fair in New York, the public met the Ford Mustang for the first time. It was love at first sight. More than 400,000 Mustangs were sold in the first year of production alone — thanks in part to the car’s appearance in that year’s James Bond movie, “Goldfinger.”

The average maintenance costs across all Ford models is $9,100 for 10 years, which makes Mustangs far costlier to keep on the road than your run-of-the-mill Ford. 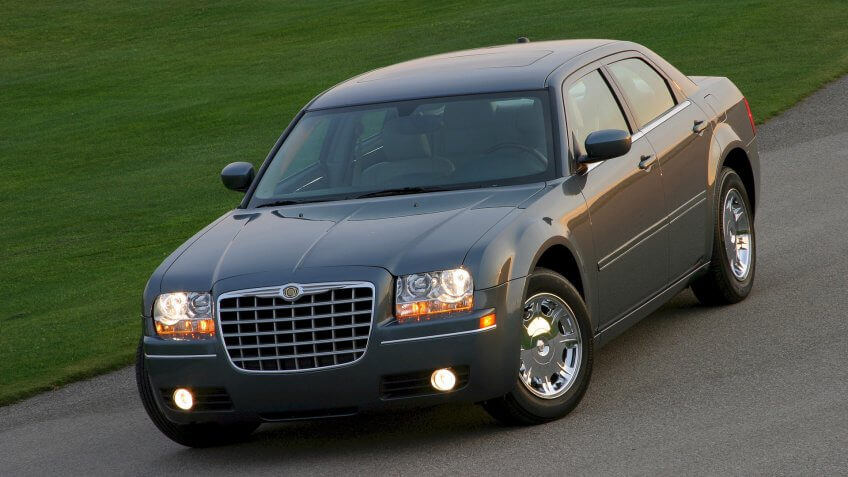 Chrysler came to be defined by the 300 almost as soon as it was released in 1955. Considered by some to be the world’s first muscle car, the 300 is also considered Chrysler’s flagship automobile. To make it easier for drivers to handle the 300’s awesome power at high speeds, Chrysler began adorning the car with tail fins, which would come to define the cars of the doo-wop decade.

With 10-year average maintenance costs of $10,600, today’s Chryslers are pricey to keep running — and the 300 costs more than most. 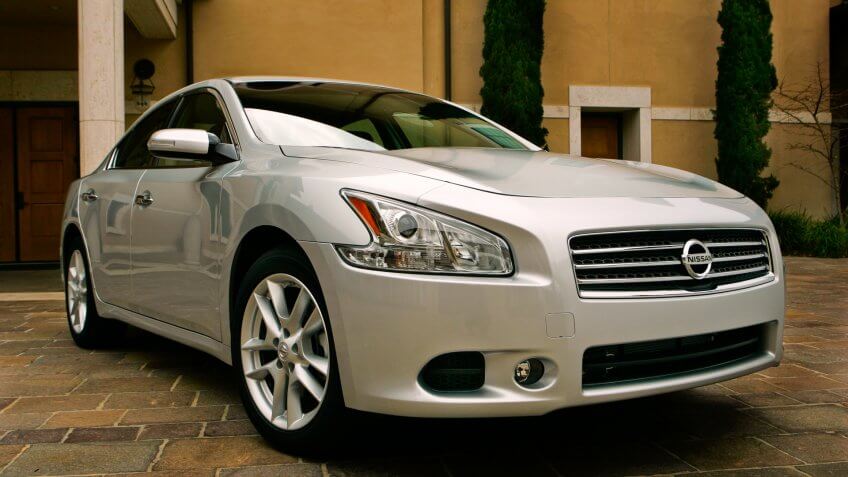 This year the ninth-generation Nissan Maxima will debut. But in 1981, the Maxima was merely a trim level on the Datsun 810. A year later, the Maxima’s success earned it a model line all to itself. Evolving into a luxury sedan by the 1990s, the Maxima was always known for its technological innovations.

Nissans across all models average $7,600 in maintenance costs over 10 years. That makes them fairly cheap when it comes to lifetime upkeep, although the modern Maxima can’t say the same. 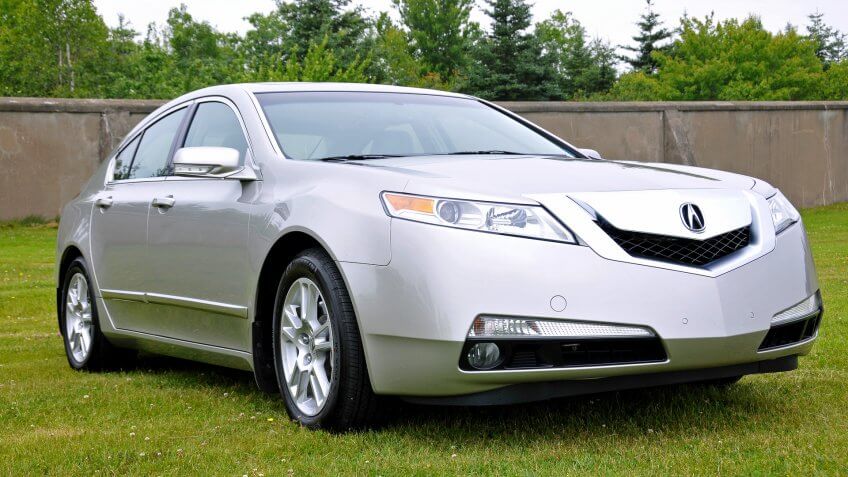 Since it was founded in 1986, Acura has been the luxury wing of the Honda brand. Honda unveiled the TL, a front-wheel-drive luxury sedan, in 1996. Although its parent company is Japanese, from 1999 to 2014, Acura produced all TL vehicles at Honda’s Marysville plant in Ohio.

At an average of $9,800 over 10 years, Acuras aren’t cheap to maintain — especially when it comes to the TL. 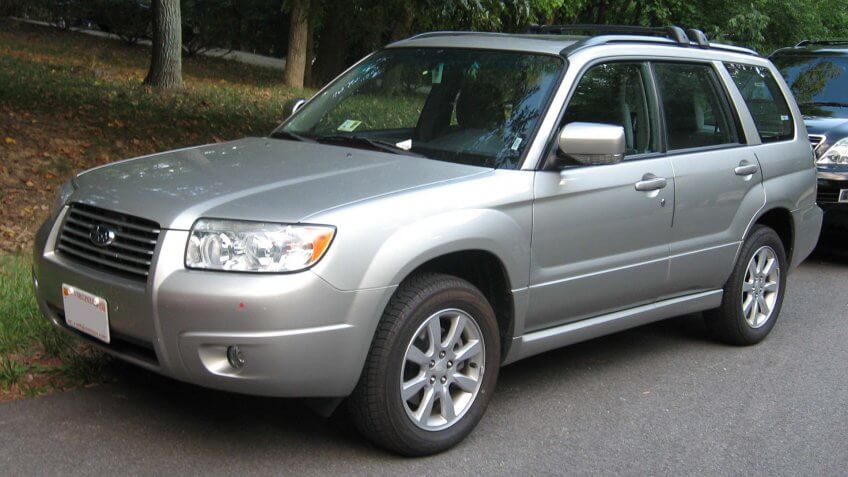 Subaru traces its lineage to 1950, but the first Forester didn’t roll off the line until 1998 when the compact SUV was built on the familiar Impreza platform.

The model is expensive to maintain compared to Subarus in general, which cost an average of $8,200 for upkeep over the course of a decade. Forester owners can expect to spend $180 on general upkeep during the first year. By year 10, however, that figure rises to $695, according to Consumer Reports. 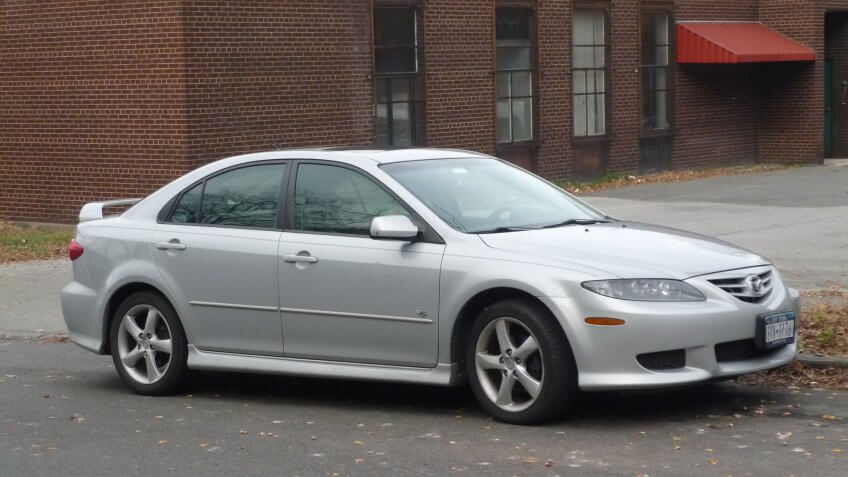 The predecessor to Mazda Motor Corp. was founded in 1920 in Hiroshima, Japan. The Mazda 6, however, dates back only to 2003.

One of the top-selling cars in the crowded midsize sedan segment, the Mazda 6 is among the priciest to maintain in the Mazda line. The brand’s average car requires just $7,500 for upkeep over a decade compared to $12,700 for the Mazda 6. 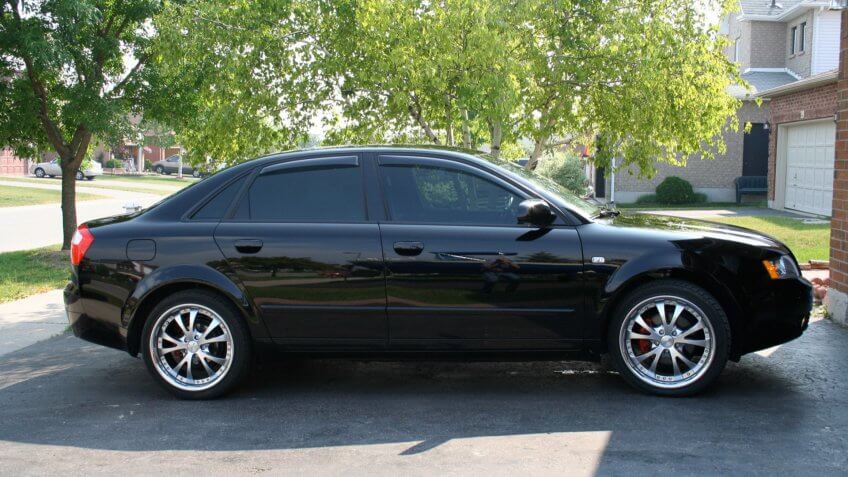 Audi introduced the A4 as the entry-level model for drivers looking to get into the luxury car market. When it was unveiled in 1996, the A4 was designed to replace the Audi 80. Later down the line, wagons and cabriolets were added to the lineup — then finally a model with Quattro all-wheel drive.

The $12,800 average 10-year maintenance cost for the A4 Quattro is steep compared to other cars on this list, but not by Audi standards. The average across the brand is $12,400. 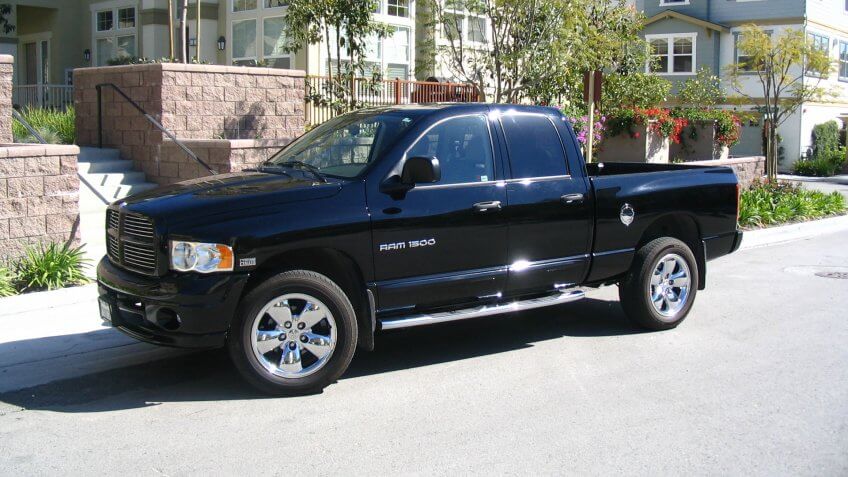 Dodge has been producing trucks since 1917. It wasn’t until 1981, however, that the now-famous Ram entered the scene. In 1994, the game changed, even more, when the company developed a rugged half-ton pickup called the 1500. Still wildly popular, the 1500 comes with a maintenance price tag significantly higher than the brand average of $10,600 over 10 years. 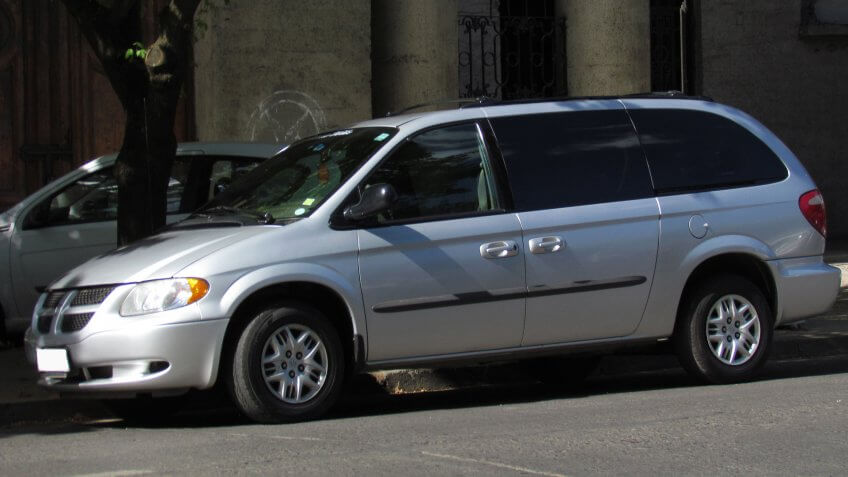 If you’re in the market for the iconic family van, prepare to spend far more than the $10,600 10-year maintenance fees associated with the average Dodge vehicle. 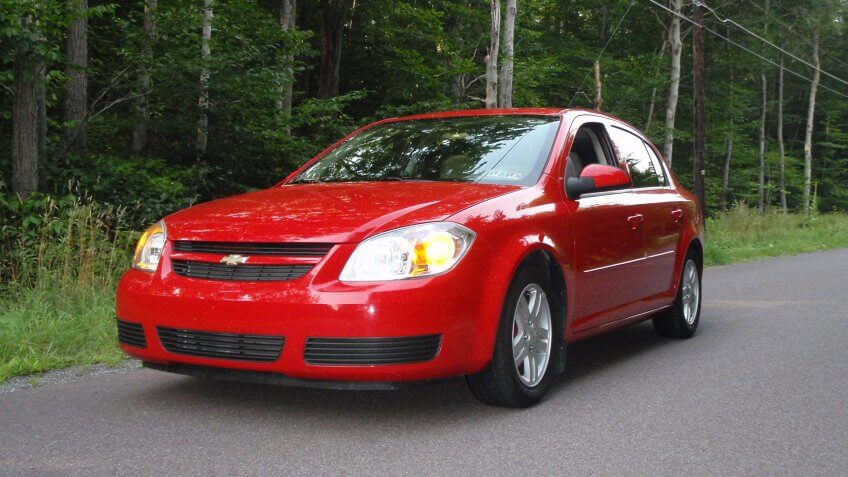 After 23 years as a mainstay in the hypercrowded compact car segment, the Cavalier was replaced in 2005. Its replacement would be the Chevy Cobalt, which was designed to be a higher-end, more refined compact than customers had gotten used to.

Today, the Cobalt’s maintenance costs tower over the $8,800 average 10-year fee for the Chevrolet brand as a whole. 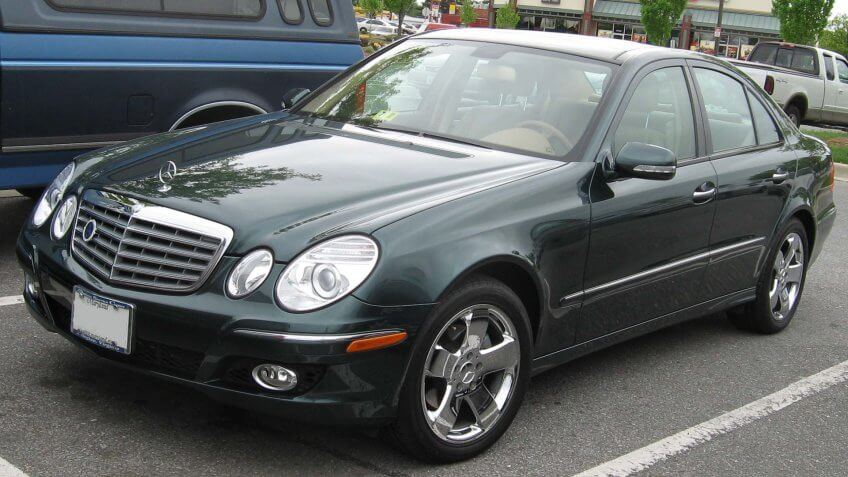 The Mercedes-Benz E-Class has been the definitive midsize luxury vehicle since it was first released in 1994. Known for its good fuel economy, today’s E350 is quiet and delivers superior handling.

The iconic Mercedes brand is known for delivering power, luxury and innovation. It’s also known for high maintenance costs — an average of $12,900 over 10 years across the entire brand. 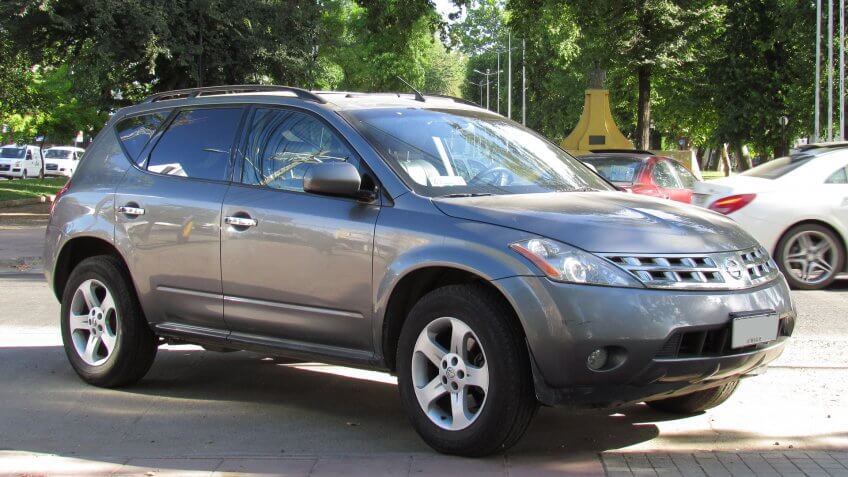 The Nissan Motor Company was established in 1934 and emerged decades later as a leader in the energy-crisis era of the 1970s when drivers were looking for more fuel-efficient cars. Nissan launched the Murano in 2003, and it is still one of the company’s top-selling cars.

At an average of $7,600 over 10 years, most Nissans are affordable to maintain — unless you own a Murano. 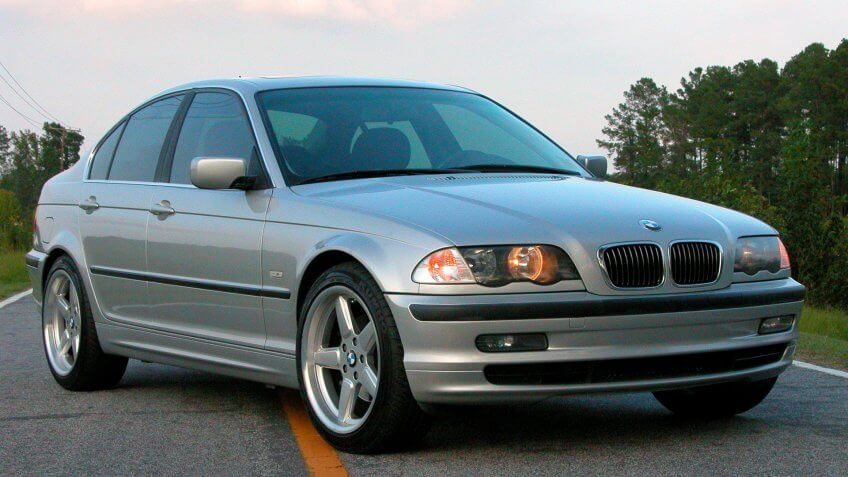 The physical embodiment of high-end performance, the BMW 3 Series was referred to by Edmunds as “about as slam-dunk-wonderful a car as there is available.” Dating back to the 1970s, the 3 Series was the culmination of BMW’s painstaking efforts to replace its then-dated 2002 Coupe, which, more than any other model, epitomized the company in the minds of the public.

Today’s 328i continues that tradition, but it isn’t cheap to maintain unless you compare it to average BMWs, which are the most expensive cars to repair in the entire industry. No automaker produces cars that cost more to keep running — a whopping average of $17,800 over 10 years. 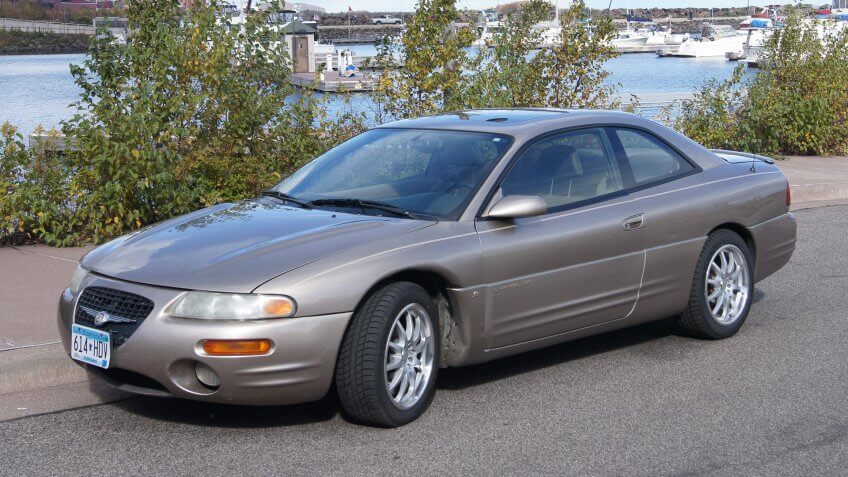 When it was unveiled as a two-door version of the Chrysler Cirrus in 1995, the Sebring was available only in a hardtop. The next year, however, the public’s demands were answered and the convertible Sebring was born. While it was one of the only affordable midsize cars available as both a convertible and a sedan, the Sebring was discontinued in 2010, partly because of the high cost of maintenance. Starting in 2011, Chrysler made major upgrades on what was the Sebring and renamed it the Chrysler 200. It stopped producing the 200 in 2017. 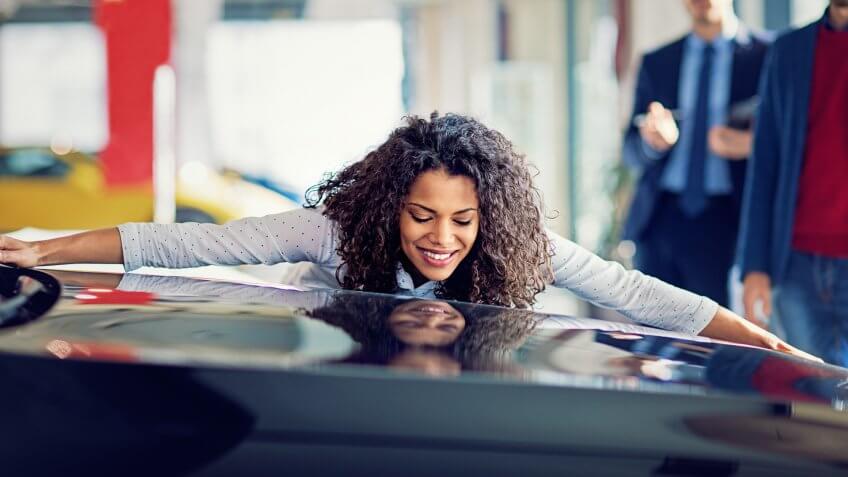 25 Sneaky Car Dealership Tricks To Avoid at All Costs

Know how to spot unnecessary fees and negotiation tactics.