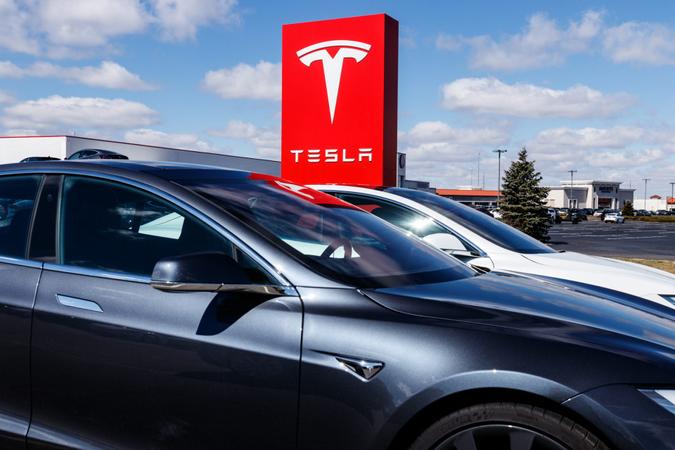 Electric vehicles (EVs) are clean, green, and finally, in the mainstream. Compared to their gas-guzzling counterparts, they’re not cheap to buy — but MSRP isn’t everything. EVs have several ways of paying their owners back and then some over the course of their lives.

EVs Cost More — in the Beginning

If you’re considering an EV, you should plan to budget much more than you would have if you were buying something with a gas tank — or be prepared for some serious sticker shock. According to Green Car Congress, the average cost of an EV is $52,486. Although that’s down quite a bit from $58,863 exactly one year prior, it’s still a lot of money for a vehicle. The average compact gas car costs $23,403, the average SUV or crossover is $31,580, and the average entry-level luxury car costs $47,548.

Look: Cars, Trucks and SUVs With the Best Gas Mileage

But They Eventually Pay Their Owners Back

According to Consumer Reports, EVs cost 10%-40% more than similar gas models of the same size and in the same segment. Over the life of the vehicle, however, owners save an average of $6,000-$10,000. The savings hold true for both cheaper and higher-end EVs. Consider the following examples:

So, if they’re so much more expensive to buy, how do EVs wind up becoming such a bargain over time?

The nationwide average cost of gas is nearly $3.39 a gallon, but even before inflation worsened America’s pump pain, charging an EV was always a bargain compared to filling a gas tank.

A 2020 analysis from Consumer Reports revealed that, over time, charging is much cheaper than fueling.

The cost of fueling the average gas vehicle is:

The cost of charging the average EV is:

Consumer Reports estimates that drivers save an average of $800-$1,000 on fuel alone every year they own an EV. Research from the U.S. Department of Energy’s National Renewable Energy Laboratory and Idaho National Laboratory backs that figure up, stating that EV drivers save $14,500 on fuel costs over 15 years.

Discover: 25 Tips and Tricks for Buying a Car Online During the Pandemic

The Key is at-Home Charging

Fuel savings vary dramatically depending on the EV and the gas car you’re comparing it to, but one thing is consistent across the board — home charging is cheaper. Most of today’s EVs have ranges that are sufficiently long to allow their owners to do most of their charging at home. According to Consumer Reports, the “sweet spot” is 250 miles, which lets you do about 92% of your charging on the cheap at your house — that leaves only six stops at public charging stations per year.

Read: Is It Smart To Buy a Used Car During the Pandemic? Here’s What Experts Say

Also, There’s a Whole Lot Less That Can Go Wrong With EVs

The most obvious cost-of-ownership savings are in gasoline never purchased, but EVs are also much cheaper to maintain. According to the Natural Resources Defense Council, the average EV engine has two moving parts. The average internal combustion engine has hundreds — Teslas have just 17 moving parts in the entire drivetrain.

According to a recent report from Argonne National Laboratory, the absence of things like timing belts, oxygen sensors, motor oil, and spark plugs makes the average EV about 40% less expensive to maintain and repair than internal combustion engine cars.

One of the tradeoffs, however, is that EVs cost about 15% more to insure, on average, according to AutoTrader.

Learn: 25 Ways To Score a Good Deal on a Car Out of State

Like combustion vehicles, EVs lose value over time. Also like traditional cars, not all EVs depreciate at the same rate. Variables like features, class, and manufacturer reputation determine how well both kinds of vehicles hold their value. That said, Consumer Reports found that “newer long-range EVs are holding their value as well as or better than their traditional gasoline-powered counterparts as most new models now can be relied on to travel more than 200 miles on a single full charge.”

Electric or gas, all cars are depreciating assets that begin losing value the moment you get behind the wheel — or are they? In 2019, Elon Musk insisted that — thanks to their self-driving capabilities — Teslas were becoming the first appreciating production vehicles in automotive history.