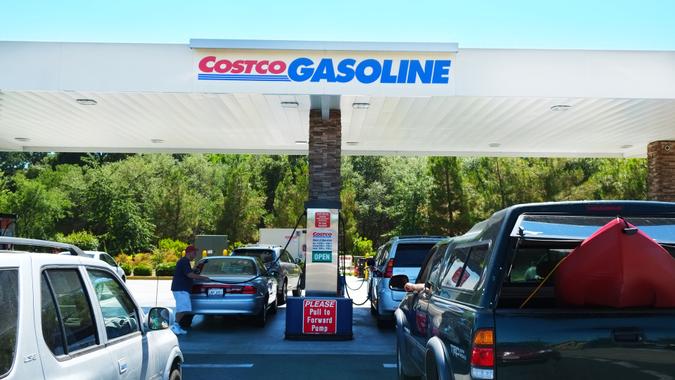 The national average gas price has risen nearly 2 cents per gallon since yesterday, now up to $4.331 on Friday, March 11, from $4.318 on March 10. Today’s price is the highest recorded average, and experts fear relief is not on the horizon.

See: Could Surging Gas Prices Lead to Higher EV Sales? Here’s What You Should Know
Find: Record Gas Prices Obliterate Uber and Lyft Drivers’ Take-Home Pay — And They Are Not Being Compensated

“It’s a dire situation and won’t improve any time soon,” GasBuddy’s head of petroleum analysis, Patrick De Haan, told NBC News in Chicago. “We’ve never been in this situation before, with this level of uncertainty… Americans will be feeling the pain of the rise in prices for quite some time.”

As the weekend approaches, gas prices tend to spike even under normal conditions, De Haan pointed out in a pre-pandemic article published by USA Today. “Very early in the week, when gas stations are generally a little bit quieter traffic-wise, is a great time to fill up,” he said. “We generally see more volatility and higher prices later in the week.”

How to Save Money on Gas

Gas stations looking to increase profits as drivers fill up for weekend trips account for at least one spike. But there are still ways to find more affordable gas — even on weekends.

For instance, Costco members will realize savings when they fill up at the warehouse club any day of the week. But if you’re not currently a Costco member, is it worth the annual membership fee of $60 for a Gold membership or $120 for an Executive membership, which delivers 2% rewards (up to $1,000) on most purchases?

If you plan to purchase a membership exclusively for the gas savings, will you really save money?

Let’s run the numbers on the Gold membership, since the Executive membership doesn’t offer rewards on fuel purchases, according to the Costco website.

How Much Gas Does the Average Person Use?

Let’s look at how much gas the average person uses. RocketHQ.com says that small to mid-size cars and SUVs tend to have a gas tank that holds roughly 12 gallons, while trucks and larger SUVs could hold 16 gallons or more. Pre-pandemic, the average person was filling up their tank about once a week.

We’ll take 14 gallons as the average for our calculations to determine if a Costco membership can really pay for itself — and even save you money — on gas.

Discover: A History of Gas Prices: Do You Remember How Little You Once Paid?

First, consider how much gas would cost for one year if you filled up at today’s national average price of $4.33.

That 14-gallon tank would cost $60.62 for a single fill-up, which would be $3,152.24 on gas for the year if you fill up weekly. Coincidentally, $60 happens to be the price of a 1-year Costco Gold membership. But that doesn’t really show us how much you’re saving at Costco compared to the national average price — or, more importantly, how much you’d save on gas costs in your region, specifically.

TheStreet.com reports that the average price for Costco gas right now runs $3.69 per gallon. That’s $51.66 to fill your tank at the wholesale club, or a savings of $8.96 per tank. That’s enough to go inside and feed your family of four some of Costco’s iconic $1.50 jumbo hot dogs, and even grab a few giant churros for dessert.

And if you fill up (on fuel, not hot dogs) at Costco weekly, you’ll save $465.92 over the course of a year. Even when you factor in the cost of the Gold membership, you’ll still save $405.92 annually.

Gas prices vary wildly across the country right now, though, so let’s compare fuel prices on GasBuddy.com and see how much Costco members might save.

In Bakersfield, California, gas prices range from $4.99 per gallon at Costco competitor Sam’s Club, up to $5.39 at 7-11. Gas at Costco is among the cheapest options at $5.09 per gallon, according to GasBuddy.

Finally, let’s look at Colorado Springs, Colorado, a city where gas prices aren’t quite as high. Costco appears to have some of the cheapest gas in the city, at just $3.65 per gallon. You’ll find some of the highest prices in the region at Kum & Go, Loaf & Jug, and Conoco, where they are charging up to $3.89 per gallon for regular unleaded.

It’s pretty clear that you can save substantial amounts of money by purchasing gas at your local Costco, even once you factor in the membership fees. Of course, if you don’t pass a Costco along your normal daily driving routes — or need to go out of your way to fill up at the wholesale club — it may not be worthwhile.

Learn: Would Pausing on Back to Office Plans Keep Gas Prices Down?
Explore: How Much Does the President Control Gas Prices?

But if you can time your weekly Costco shopping trip with filling up your tank, the membership may be worth the price of admission.