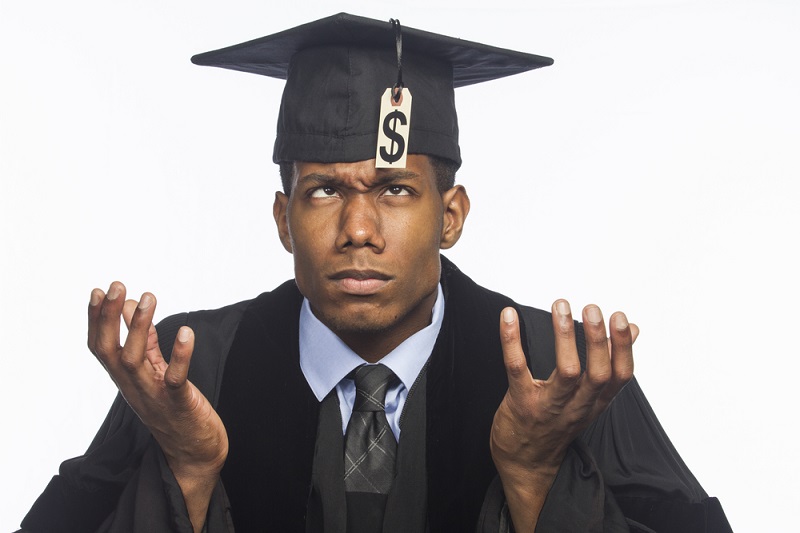 It doesn’t take an educated guess to know that the cost of a college education is one of the biggest expenses anyone can incur. For the 2014-2015 academic year, the average full-time tuition and fees cost at a four-year private college was $31,231, according to data published by the College Board — and this doesn’t even include room and board. Student loan debt looms high, too, with the average new college graduate owing about $28,400 in debt, according to the Institute for College Access and Success.

If those dollar figures aren’t daunting enough, there are other unexpected costs to consider that can rack up over time — expenses that are in a school’s best interest not to tell parents and their college-bound kids about.

Before you start your college savings budget, keep some of these in mind so you don’t get caught off guard.

Read: Is the Cost of a College Education Worth It?

The expenses can start piling up even before a prospective undergraduate student has applied or been accepted to his university of choice. If some of your preferred schools are scattered across the U.S. (or even abroad), the airfare, gas, food and hotel bills can easily mount.

Tip: If appearing in person at a faraway college campus is too cost-prohibitive, take advantage of virtual opportunities instead. Connect with your favorite universities on Facebook and social media, sign up for email lists, request snail mail information, and, of course, try to arrange phone calls with admissions advisors and faculty members. These will give you a “real life” example of that campus’ collegiate experience without spending a dime.

After applying for financial aid, you realize that the Stafford, Perkins or PLUS loans (or some combination thereof) you’ve been approved for exceed the amount of your semester’s tuition. Some students may mistakenly believe that the extra money is “free” cash — but when it comes time to pay back the loan, you owe every cent borrowed, with interest. That even applies to the funds that didn’t go toward attending classes.

Tip: Don’t accept the entire loan award and use only a portion of it to cover your tuition. If you inadvertently claim the entire award, contact your school’s bursar’s office and arrange to return some of the funds you don’t use. Of course, you should first be applying for federal and state grant money, and scholarships. Loaned money that requires repayment should be your last financial aid step.

Commuter or resident, the cost of parking or keeping a car on campus housing costs. According to the National Parking Association, the average U.S. college generates about $635 per parking space and approximately $4 to $5 million in total parking fee revenue per year.

Tip: As convenient as having your own ride is, consider how much money it will cost to park, fuel up, insure and repair a car kept on campus. (Don’t forget to account for parking tickets.) At the same time, research the costs of the public transportation system in the area you’ll be attending school — students can do just fine in major metro areas where buses, subways and railways are abundant. Some might even offer a student discount card.

Textbooks are expensive enough, especially when professors demand students buy the current, brand-new edition that’s only available at full price. Depending on the class and major, some students will also be tasked with buying supplemental reading materials and supplies that can inflate the already inflated costs of attending class.

Tip: Always look for used textbooks online whenever possible. Ask your professor if a slightly older edition is allowed; these recent versions are usually heavily discounted and can offset the cost of other supplies. If you and your classmates have been instructed to pay for an online supplementary subscription, for example, try to partner up with another student and go halves on paying for the material fees. And if your major’s department imposes an arbitrary “printing fee” for handouts, syllabi and tests, check to see if you can waive the cost by opting for an electronic version instead.

Many schools impose mandatory, course-related fees at the time of registration, even before classes have begun. It’s not uncommon to see an itemized list of lab fees, library fees, student ID fees and more. And replacing anything school-issued, like meal cards or dorm keys, also carry penalties that can add up.

Perhaps the biggest surprise to students are large withdrawal fees charged for dropping a class, sometimes just days into the new semester. There are also cancellation/reschedule charges for specialized tests, like the GRE.

Tip: A call or visit to your school’s registrar or department advisor can help flesh out these extra costs not outlined in the college’s course manual. Make sure to ask about registration and withdrawal deadlines — colleges often follow a timeline permitting students to receive a full, partial or zero refund. And on that next pub crawl or bar hop, be careful not to lose your personal effects! There’s nothing worse than being locked out of your dorm room on a cold winter’s night and having to pay money for new keys, too.

Unless you’re still covered under your parents’ health plan, you’re likely aware of how expensive health insurance can be. Unfortunately, without coverage, catching that 24-hour bug that’s been going around campus could cause you to miss one class, then two classes, then three, and the next thing you know, you’ve fallen behind and your grades are suffering — not to mention the exorbitant cost of uninsured, out-of-pocket fees for a doctor’s visit.

Tip: Barring the expensive single-payer option, students may want to investigate their school’s student health plan, which should be more comprehensive, according to Jennifer McCarthy of The Simple Dollar. “Preventive coverage, expanded prescription options and hospitalization coverage should be the norm,” she wrote. “For confirmation, ask whether the American College Health Association guidelines have been met.”

There are some extracurricular clubs that are free, and some that call for small, nominal fees, but what comes as a shock to lots of students are the fees associated with joining a fraternity or sorority. At Dartmouth College, for example, new sorority member dues range from $335 to $647, while at the University of Michigan, housing and dues at a sorority can run as high as $1,720, according to Kiplinger.

Tip: “Ask the campus’s Greek-life coordinators to give you a specific rundown of fraternity and sorority fees to flesh out your budget,” Kiplinger advises. “Chapters without houses may be significantly less expensive; dues are generally $200 to $300 per semester.” The site also recommends getting information on special Greek chapter scholarship programs and payment plans, so your dues won’t be due all at once.

Work-study programs are great because they give students a chance to gain relevant experience on campus — sometimes in their own major — and earn money at the same time. It’s one of the things employers look for on your resume after graduation, and it’s convenient to work on campus when you’re already there. As a form of financial aid, students can opt for work-study instead of large loans — so where’s the problem?

One big drawback is that a work-study job won’t pay very well; at minimum wage (or sometimes less), your time and efforts could be spent elsewhere.

Tip: Seeking out an off-campus part-time job increases your chances of earning a bit more. More importantly, barring seasonal work, there are no limitations on how long you can work, since work study positions often operate on a semester-to-semester basis and trouble you with applying for a new position once classes have ended. Weigh the pros and cons of work study vs. a part-time job; the latter might just earn you more cash that can be used toward school supplies, gas, food or tuition.

In high school, fail a class, go to summer school, repeat, pass. In college, it’s a different story: Getting a big fat F on your transcript could impact the amount of financial aid you receive (or don’t). Worst-case scenario, you’re placed on academic probation, denied all grants and aid, and now you’ve got to retake the course again, and pay your tuition and fees out of pocket. Flunk any more classes, and you could be at risk for academic dismissal, which is money down the drain. No FAFSA will save you at this point.

Tip: Get good grades! If you’re struggling or overwhelmed by your classes, hiring a tutor for the chance of an A or B is a lot cheaper than wasting tuition money for a D or F. For new college freshmen, develop some financial literacy skills and learn the value of money. If your parents are footing your tuition bill, it’s disrespectful and unfair to flunk out of school when you’re there on their dime.

You’ve invested so much studying, time, effort and dedication to college, the least your university can do is reward you with a free graduation. Unfortunately, you need to pay for that, too. Before graduation proceedings, students are levied a series of fees that can span hundreds of dollars, covering your cap, gown and tassel. Skipping out on the ceremony won’t save you cash, either; there’s often an “in absentia” charge for the trouble of you not being at convocation.

Tip: If you want to cross that graduation threshold, keep these costs in mind as soon as you begin your freshman year. You’ll have four years to budget. Considering how satisfying it is to complete your higher education, paying some graduation fees is actually kind of worth it in the end.

A good college education is expensive, but it doesn’t have to be out of reach. In addition to work-study, seeking a campus job or enrolling in a 529 college savings plan, one of the best proactive approaches is to seek as many scholarships as possible. Never stop looking; U.S. News & World Report says that while renewable and high-dollar scholarships should be your top priority, it’s the smaller, hundred-dollar awards that can really make a long-term difference financially. 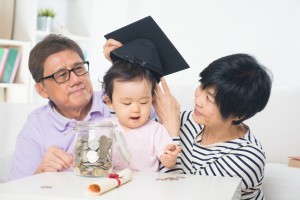