College Costs: How the US Stacks Up to Other Countries 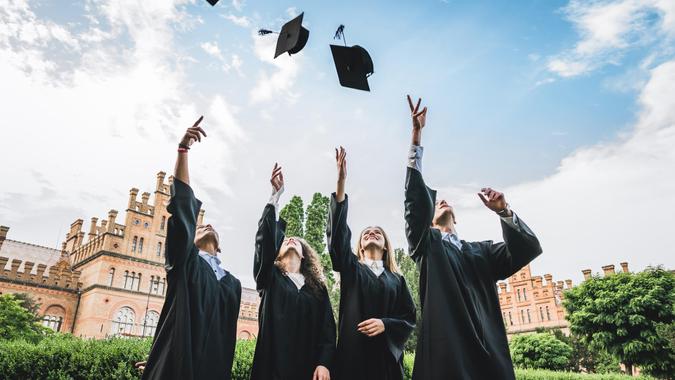 Although the increase in cost has been slowing, it still outpaces inflation in the U.S. With some countries offering free college, you might think the U.S. is uniquely expensive. And while the cost is higher than in most other countries, America is not the only country with a five-figure price tag.

In this article, we will take a look at just how the United States compares to other countries when it comes to spending on college. You might be surprised to find out the US is not the most expensive country in the world.

Cost To Attend College in the US

For students in the U.S., there are several different options for attending college, all of which can affect the cost. They can attend in-state or out-of-state as well as public or private universities. Here is how the costs break down for different types of colleges and universities, according to College Board:

Community colleges are significantly less expensive than even public universities in the U.S. Of course, this doesn’t include financial aid, grants and scholarships. Still, community college is an affordable option, and the cost has also risen more slowly than the cost to attend a public college.

Cost To Attend College in Other Countries

Among European countries, Norway is one of the few that doesn’t charge tuition, whether students are from the European Union or elsewhere. However, Norway has a high cost of living, with only Switzerland and Bermuda being more expensive. Germany, too, has free tuition for all students, regardless of their country of origin.

In France and Austria, tuition is not free but is low-cost.

Europe tends to get all of the attention when it comes to free college, but in Mexico and South America, tuition can be very affordable or even free. In Brazil, there is usually a cost, but the price is not incredibly high. Tuition is as low as $378 per year in Mexico, and in Brazil, tuition is free at public universities.

In Uraguay and Argentina, tuition is free, but only for those who are from those countries.

If you are from the U.S. and looking for an affordable undergraduate program, the United Kingdom and Australia will probably not be the answer. Both have college costs that can be even higher than the cost of college in the U.S., depending on the school and program.