It’s National Superhero Day — How Much of Our Hard-Earned Dollars Do We Spend on Them? 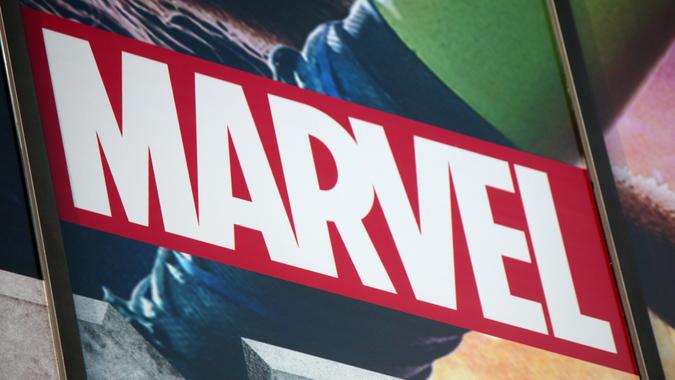 April 28 is National Superhero Day, and though there have been some significant hiccups over the years, the genre’s stronger than it’s ever been. From comic books that started it all to the big-screen blockbusters that dominate the box office, superheroes are big business.

In honor of their special day, here’s a look at what Americans spent on superheroes in 2021, and what we’re likely to spend on them in the future.

See: 20 Genius Things Mark Cuban Says To Do With Your Money
More: How To Get Rich With a Normal Job

The medium that birthed the superhero genre, the comic book, experienced record growth last year. Together, comic books and graphic novels sold a combined total of $1.28 billion in North America — an all-time high for the industry.

Back in the mid-’90s, sales were around $300 million, jumping to $400 million by the early 2000s. By 2015, they’d topped $900 million, and are projected their steady rise of more than 3% annually. The industry’s long-standing two major publishers, DC and Marvel, account for about 80% of the total market, with smaller, independent publishers making up the other 20%.

The aftermarket is also seeing big numbers in sales. A near-mint copy of Amazing Fantasy No. 15, published in 1962 and featuring the first appearance of Spider-Man, sold last year for $3.6 million. Similarly, Superman’s first appearance, Action Comics No. 1 in 1938, took in nearly that amount with $3.25 million.

Big-screen adaptations of these comic book characters have been in regular rotation in Hollywood since the late 1970s, though it was the mid-2000s renaissance that helped elevate them both for mass appeal and as an art form. First, with Christopher Nolan’s “The Dark Knight” trilogy starting in 2005, and then “Iron Man” in 2008, which launched the Marvel Cinematic Universe. Since then, the MCU has grown to more than two-dozen films, TV series and comic book crossovers which has since grossed a total of $25 billion and counting.

As far as 2021, the North American box office took in almost $4.5 billion, and Marvel movies accounted for nearly one-third of that. This includes both the massive, interconnected MCU as well as standalone films produced by Sony. The December 2021 release of “Spider-Man: No Way Home” (a rare joint venture between Sony and the MCU) took in $611 million and was the highest-grossing film of the year by far. The MCU’s three other releases, “Shang-Chi,” “Eternals” and “Black Widow,” as well as Sony’s “Venom” sequel, rounded out the rest.

Meanwhile, DC’s lone big-screen entry for the year, “The Suicide Squad,” which had a same-day premiere on HBO Max, took in just under $56 million. These numbers are especially significant given the impact that the COVID-19 pandemic has had on movie theaters in particular. In 2019, the last pre-pandemic year, the box office total was nearly $12 billion, and down to just over $2 billion in 2020. While 2021 more than doubled that amount, it’s still a far cry from years past.

However, this year’s superhero film slate started with DC’s “The Batman,” which has taken in more than $700 million since its release on March 4. This could mean that the box office will slowly return to pre-pandemic heights, though it’s likely that superhero movies will remain theater’s primary means for getting customers in seats.

Since the pandemic, both Marvel and DC films experimented with theatrical releases that would also be hit streaming services the same day. Disney, which owns Marvel, dabbled with a “premium access” tier of $29.99 to watch “Black Widow” on Disney+. While it proved profitable, it ended with a star Scarlet Johannsen filing a lawsuit against the studio.

However, Marvel’s had continued success with its multiple MCU series. Like most of Disney’s content, these shows are exclusive to the Disney+ platform and helped drive the service to nearly 130 million subscribers by the end of 2021.

Warner Bros, which shares parent company AT&T with DC, also experimented with same-day releases on HBO Max without any added cost. While the impact on these films’ box office performances is debatable, the streamer did end 2021 with just under 47 million subscribers.

Though they have also moved away from same-day streaming, “The Batman” did debut on HBO Max roughly a month after its theatrical debut, significantly shorter than the standard three-month wait. Once again showing the importance superhero flicks have when it comes to these streamers.

2021 was a profitable year for superhero swag, though none brought in the dough quite like your friendly neighborhood Spider-Man. Largely anticipating the December release of “No Way Home,” the first major blockbusters since the pandemic started, Spider-merch licenses increased 43% overall from 2020.

Spider-Man toys and action figures aimed more at the collector market were up 39%, while more kid-friendly products were up 61%. The character was also the second-most popular choice for 2021 backpack sales, as well as No. 1 in kids’ bicycle apparel. The Sony PlayStation exclusive “Spider-Man: Miles Morales” was also one of the highest-selling video games of the year with more than 6.5 million copies sold.

Last summer also saw Hasbro poised to overtake rival toymaker Mattel for the first time since the pandemic. This is driven in large part by their agreement with Marvel, which produces several Marvel figures marketed toward the collectors market.

While specific sales figures are hard to determine in some cases, especially given their general ubiquitousness, superheroes continued to be big business in 2021. All those costumed caped crusaders and scarlet speedsters of the world are a big appeal for kids and adults, and given the consistent growth in every market, they will likely continue to be a driving force in pop culture for years to come.