National Burrito Day 2021: Where To Wrap Your Hands Around the Best Deals 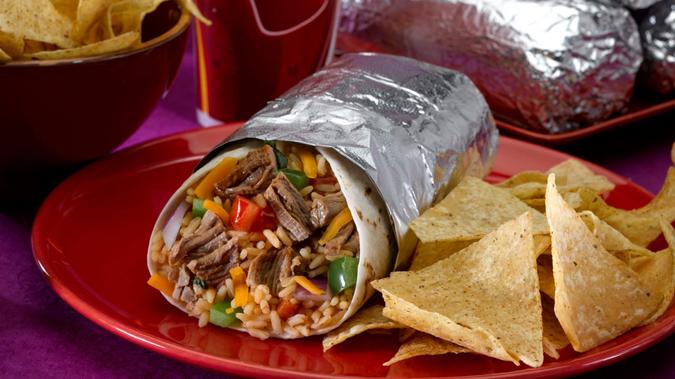 Move over, April Fools, the first day of the fourth month is National Burrito Day — and that’s no joke for people who take their budgets as seriously as they do their burritos. In Spanish, “burrito” is the diminutive version of “burro” or “donkey,” which translates to “little donkey.” It might be a reference to the cylinder-shaped packs that donkeys hauled for the gold miners who brought the world’s greatest wrap from Northern Mexico to California. April 1 is National Burrito Day, and these national and regional chains are doing their best to fill your stomach on a budget.

Fun Facts: How Much Money You’ll Spend on Food in Your Lifetime, By State

If you’re in the mood for the world’s greatest handful of Southwestern deliciousness on April 1, these chains are offering BOGOs, discounts and deals of all kinds. Keep in mind that even if your favorite burrito chain is being a wet blanket on what should be its favorite day of the year, you can usually save money or get a freebie just by signing up for emails, downloading the business’ app or ordering a certain amount of food through a service like GrubHub.

Read More: These 16 New Food Companies Are Changing the Way We Eat

Find Out: 30 Celebrities Making Serious Dough in the Food Industry

Did You Know: The Most Expensive Fast Food Items Only Cost This Much