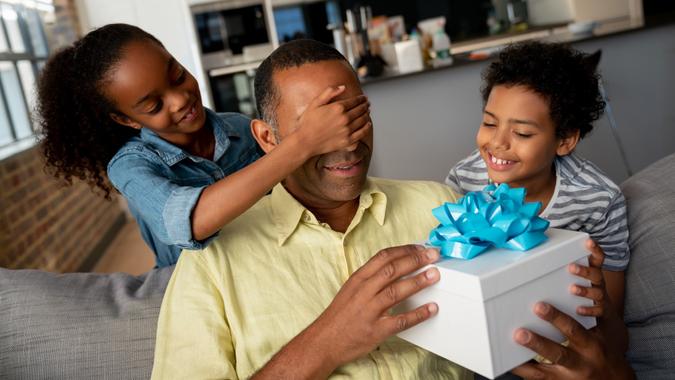 Although an early variation can be traced back to Europe in 1508, Father’s Day didn’t become a national holiday in America until 1972. That year, President Richard Nixon declared the third Sunday in June a time to reflect on the importance of fatherhood — nearly 60 years after the first Mother’s Day in 1914.

Sunday, June 20 is Father’s Day this year, a time to celebrate, a time to be grateful and a time to spend money — and spend money, America does. Here’s how the country shows its love for dad at the cash register.

The Pandemic Did Not Slow Down Father’s Day Spending

In 2020, Father’s Day spending soared to an all-time record high of $17 billion — but even that is small potatoes compared to what’s coming in 2021. According to the National Retail Federation (NRF), Americans are planning to dig even deeper for dad this year to the tune of $20.1 billion — another record broken, this time by more than $3 billion. The average person will spend $174 per paternal present — about $26 more than last year — with 3 out of 4 consumers planning to celebrate Father’s Day in one way or another.

So, Where Are All Those Dollars Going?

The NRF survey found that about half of that $26 increase over last year will go to consumer electronics, special outings and clothing. When all is said and done, these are the top 10 gifts that shoppers plan to get for their fathers:

Related: Experience Gifts for Father’s Day 2021 — And How Much They Cost

Interestingly, nearly 1 in 4 shoppers (24%) plan to give a gift of experience instead of merchandise and a full 38% are planning to buy a subscription box for dad.

Who Is Spending How Much?

Money Management: How To Cut Back Now on Your Amazon Spending

The vast majority of the money will be spent on fathers and stepfathers — in most cases. For obvious reasons, those who are 65 and older are the only group where a greater percentage plan to spend more on husbands or sons than on fathers. On the other end of the spectrum are the youngest shoppers — 18- to 24-year-olds and, to a lesser degree, 25- to 34-year-olds — who plan to spend more on grandfathers than on sons. Here, too, biological realities make that dynamic self-explanatory.

Modern Money Etiquette: Rude Money Habits You Need To Break Now
Discover: 10 Perfect Stocks To Give as Gifts for Any Occasion

Men plan to spend more than women by a margin of $209 to $141, respectively, and below the Mason-Dixon line, dad gets an extra portion of Father’s Day love. Southerners are most likely to celebrate and plan to spend the most — about $186 on average. The next most generous region is the West, where shoppers plan to spend about $182. In the Northeast it drops down to $177, followed by less than $140 in the Midwest.