Many Americans are currently grappling with just what the coronavirus outbreak means to them.

On the one hand, the virus is clearly an important global issue that requires serious attention from the proper authorities — with more than 75,000 people infected and over 2,500 deaths as of Feb. 24.

On the other, there are only a handful of cases involving Americans, and the effects here at home are still minimal. Particularly when you consider that the flu kills between 12,000 and 61,000 people every year in the United States alone, you might be confused as to whether or not you need to worry about it at all.

“Fear is without a doubt one of the strongest emotions to drive financial behaviors,” said Bryan Ward, partner and chief investment officer at ProCore Advisors, a financial services firm in Newport Beach, California. “… Is the fear around the coronavirus justified with the actions of consumers and investors? I think it is hard to know if the fear which has been highlighted by media outlets is worse than what reality actually is. Though it does not matter, because people will react to any fear and uncertainty which will absolutely have an effect on their spending.”

To get a better sense of how the news surrounding the virus affects American consumers, GOBankingRates conducted a survey of over 1,000 adults to see if their fears about it are enough to make them take financial action. The results show that some Americans are seriously worried about the virus — particularly with regards to how it might impact their pocketbook.

The survey looks closely at the following topics:

Many people go a lifetime dreaming of a chance to win a free cruise, but if that day were to come today, many would pass.

Sixty-five percent of all respondents claimed they would not accept an all-expenses-paid cruise due to concerns over the coronavirus.

That included a significant gap in terms of how different age groups appeared to view the potential threat. Three out of 4 people older than 65 said they wouldn’t take the free cruise, whereas just over half of those 18 to 24 are similarly concerned. It’s also worth noting that there was a sharp increase in concern at age 45 and on.

Despite the concern, there are still large swathes of the population willing to risk their health and safety for a free vacation. With the exception of the 65 and older demographic, at least 30% of every age group claimed they would accept an all-expenses-paid cruise.

See Why: Americans Have Shifted Their Savings Priorities — How Do You Compare?

The survey also asked respondents if they would cancel existing international travel plans even if it meant losing all of the money they had already spent on plane tickets, hotel stays and other expenses over a health epidemic like the current coronavirus outbreak. Once again, a clear majority, 59%, said they would.

There was a clear difference in responses based on age here as well, with over 70% of the 65-and-over group saying they would cancel, compared to the roughly 50/50 split for those ages 44 or younger. But another interesting insight came from this question when it’s broken down by the gender of the respondent. Although men and women were typically aligned in their answers elsewhere, the question about canceling travel plans revealed a slightly larger gap in responses.

While 57% of men said they would cancel existing international travel plans over a breakout — even if it meant giving up the money they had already spent — that jumped to 62% for those women polled.

When it comes to the coronavirus’s direct impact on the everyday lives of Americans, the survey indicates that the vast majority of people have yet to notice any.

“Consumer sentiment has yet to weaken with business confidence, but is vulnerable if corona-related cases climb here and/or there is a more visible U.S. economic impact from foreign-based disruptions,” said Gary Schlossberg, global strategist at the Wells Fargo Investment Institute.

Given that GOBankingRates’ poll was conducted on Feb. 20 — one day prior to the beginning of steep stock market declines that many analysts attribute to coronavirus fears — it’s possible that those who answered “investing” may only just now be feeling the effects on their finances. The Dow Jones Industrial Average experienced its worst week since the 2008 financial crisis last week, including a 1,191-point drop on Feb. 27 — the largest one-day point drop in history.

“Household finances are most directly and visibly affected by the hit to wealth from any extended slump in the stock market,” said Schlossberg.

Almost 3 out of 4 respondents said they weren’t worried that the virus will have a negative impact on their finances.

Still, the fact that Americans appear both concerned about the dangers of the virus while also seeing little-to-no impact in their personal lives speaks to people’s interpretation of the news.

Many Americans Need To Worry Less About Outbreaks, More About Their Savings

While it might be a little unclear just how large of a threat the coronavirus will end up posing to the average American, having an inadequate emergency fund can put you in a very real, very immediate crisis. As such, the fact that Americans appear to have so little saved in the event of an unexpected illness — coronavirus or otherwise — is perhaps more concerning than any distant illness.

Not only did roughly half of respondents say they don’t have anything saved for an emergency situation, nearly 3 out of 4 people claimed to have $5,000 or less stashed away. Only 10% of respondents said they have more than $50,000 saved. Given that — as noted above — there are already a number of relatively common maladies in the United States that could lead someone to miss an extended period of work or force them to pay high out-of-pocket medical costs, Americans seemingly have more to fear from the state of their finances than they do the coronavirus.

Americans Don’t Feel Compelled To Donate Money Toward a Cure

In spite of the major consequences for countries like China and news that a coronavirus vaccine would cost over $1 billion to make, a solid majority of Americans don’t appear ready to donate money toward a cure.

Over 2 in 3 respondents said they wouldn’t donate money toward a cure. However, before you assume this is purely due to callousness on their part, it’s worth remembering how little in savings many of these people have. The lack of interest in making a donation could just as easily be motivated by the state of their finances rather than any lack of concern for those afflicted overseas.

Coronavirus Fears Could Change Travel Plans, but Lack of Savings Might Be Biggest Concern

The coronavirus outbreak is a fluid story, with even seasoned epidemiologists unable to precisely predict just how far it might ultimately spread. As such, even though the direct impact in the United States still appears to be minimal, many of those polled for this survey clearly felt they needed to be vigilant to stay safe — particularly with regards to travel abroad.

But while respondents revealed some of their concerns about the dangers of the virus, the very real danger of being unable to make enough money to save for a rainy day is something that plenty of Americans already understand. Nearly half of respondents revealed that they had no money put away to help them deal with an unexpected health crisis, leaving them vulnerable to serious problems should they get laid low for an extended period — be it the coronavirus, a broken leg or just the common flu.

Methodology: GOBankingRates surveyed 1,013 Americans age 18 and older on Feb. 20, 2020, asking six questions: (1) As of Feb. 18, 2020, two cruise ships have had to quarantine passengers due to an outbreak of the coronavirus. Given that information, if you won an all-expenses-paid cruise today, would you take it?; (2) Would you cancel international travel plans over a health epidemic, such as the coronavirus, if it meant losing all the money you put into planning (e.g., plane ticket, hotel stay, etc.)?; (3) The coronavirus has affected over 75,000 individuals worldwide and has killed 2,000 people as of Feb. 19, 2020, according to CNN. Scientists say it will cost $1 billion to make a vaccine. Does this information make you want to donate money toward a cure?; (4) As a direct or indirect result of the coronavirus, have you experienced financial hardships in any of the following areas? (Select all that apply); (5) If you or an immediate family member were to become unexpectedly sick — due to the coronavirus, for example — how much do you have saved to cover the expenses?; and (6) Do you worry that the coronavirus will negatively impact you financially (i.e., via the stock market or increased costs across retail, healthcare, travel, business, etc.)? GOBankingRates used Survata’s survey platform to conduct the poll. 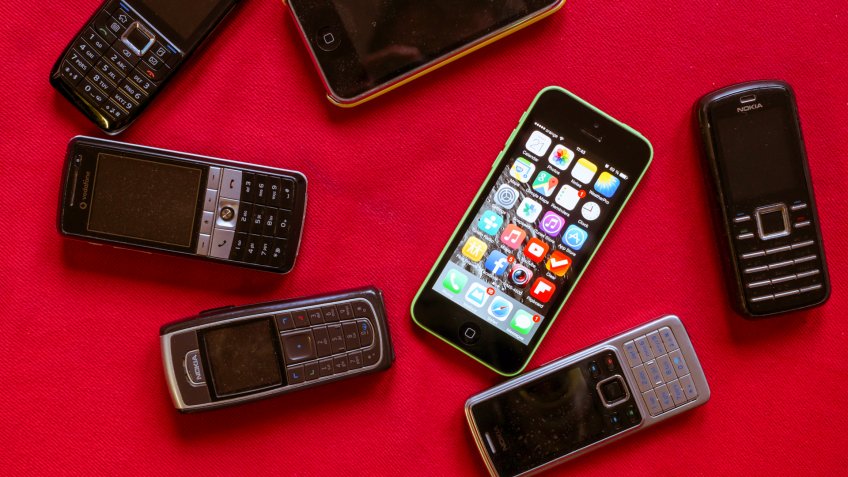 Decluttr Review: Can It Help You Turn Your Old Tech to Cash?

Cash in on this modern garage sale with Decluttr.

GOBankingRates > Saving Money > Savings Advice > Survey: 65% of Americans Would Turn Down an All-Expenses-Paid Cruise Right Now Due to the Coronavirus