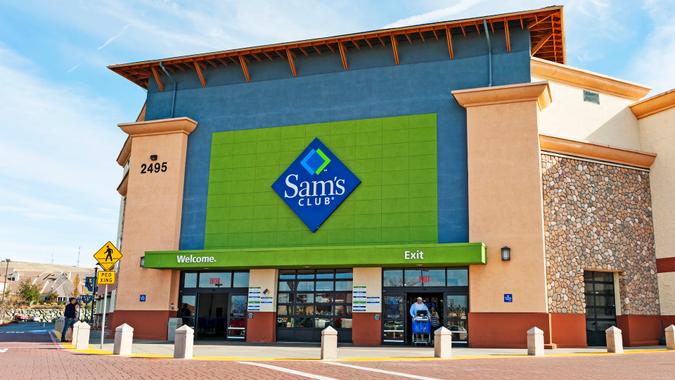 In another inflation blow to consumers, Sam’s Club announced it would increase its membership fees for the first time in nine years.

In a letter to customers, the retailer said that starting Oct. 17, annual membership fees will increase to $50 from $45 for Club members and to $110 from $100 for Plus members, representing the first price increase of Plus membership since it was introduced in 1999.

“We are mindful of the financial pressure on wallets right now. So, this year’s renewal increase is on us. We’re giving back $5 in Sam’s Cash to Club members and $10 in Sam’s Cash to Plus members shortly after renewal,” Kath McLay, Sam’s Club president and CEO, said in the letter.

“Forty years ago, Sam Walton started Sam’s Club to provide incredible value for our members. I am proud that we are still delivering on that promise today, offering more quality items and services than ever before — and at that incredible value you’ve come to count on. That will never change. But we realize that what our members value has evolved. We know you also value time, convenience, a great experience in the club and a variety of ways to shop with us. So, we’ve brought that to you,” the letter continued.

The hike puts Walmart-owned Sam’s Club “closer in price to rival Costco, which charges $60 a year for its basic membership and $120 for its higher-tier ‘Gold’ membership,” CNBC reported.

Costco last raised its fee in June 2017 and has generally increased its membership prices every 5 and half years, making investors speculate about a potentially imminent new hike, CNBC added.

Costco CEO Craig Jelinek told CNBC in July that “I can tell you that we think about it every year, but right now, in terms of the membership fee it’s not on the table right at the moment,” he said. “I’ve made it very clear. I don’t think it’s the right time.”

Take Our Poll: Are You Concerned That Social Security Benefits Will Be Reduced During Your Lifetime?
3 Best Warehouse Clubs and How To Save: Costco, Sam’s Club and BJ’s

Sam’s Club has almost 600 locations across the U.S. and Puerto Rico, as well as locations in Brazil, China and Mexico, according to its website.