Write Off Your Mileage? The IRS Expands the Deduction for Fuel Costs 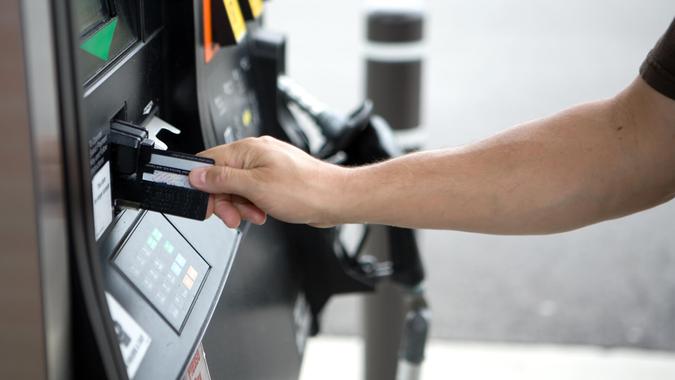 You’d need a Hubble Space Telescope to spot the silver lining in today’s gasoline prices — they pushed above $5 a gallon this week for the first time ever — but the IRS did offer at least one tiny bit of good news recently: You can now increase your tax write-off for fuel costs.

Cash App Borrow: How To Borrow Money on Cash App
Read: 10 Things You Should Always Buy at Walmart

On June 9, the agency announced a bump in the optional standard mileage rate for the final six months of 2022. Taxpayers can use the new rate to calculate the deductible costs of operating an automobile for business and certain other purposes.

For the final six months of 2022, the standard mileage rate for business travel will be 62.5 cents per mile, up 4 cents from the rate effective at the start of the year. The new rate was implemented to help drivers cope with the surging price of gasoline in recent weeks. The average national price hit a new record high of $5.016 a gallon on June 14, 2022, according to AAA. That’s up from $4.452 a month ago and $3.080 as recently as last year.

In response, the IRS made a special adjustment for the final months of 2022. Normally, the agency updates the mileage rates once a year in the fall for the next calendar year. But these aren’t normal times.

“The IRS is adjusting the standard mileage rates to better reflect the recent increase in fuel prices,” IRS Commissioner Chuck Rettig said in a press release. “We are aware a number of unusual factors have come into play involving fuel costs, and we are taking this special step to help taxpayers, businesses and others who use this rate.”

The last time the IRS made a midyear increase was in 2011.

Although fuel costs are a “significant factor” in the mileage figure, the IRS said other items enter into the rate calculation as well, including depreciation and insurance. The optional business standard mileage rate is used to compute the deductible costs of operating an automobile for business use in lieu of tracking actual costs. The rate is also used by many businesses to reimburse their employees for mileage.

Another option for taxpayers is to calculate the actual costs of using their vehicles rather than using the standard mileage rates. For charitable organizations, the rate remains unchanged at 14 cents per mile because it is set by statute.