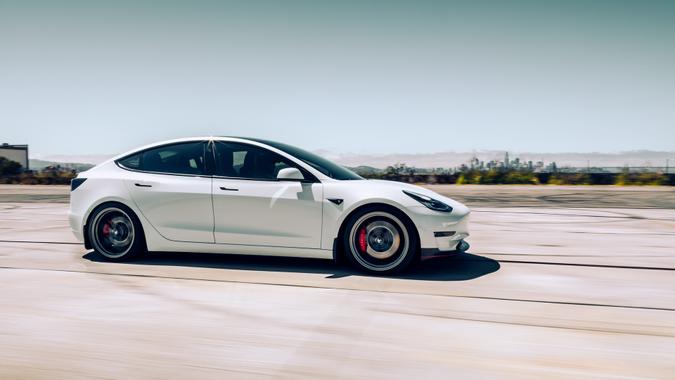 The Inflation Reduction Act that passed last month offers thousands of dollars in tax credits to Americans who buy electric vehicles or make clean energy upgrades to their homes. However, parsing through the different rules and changes is a major challenge, especially for EVs — so much so that the Biden administration launched a website just to help people navigate it all.

See: How Much Cash To Have Stashed at Home at All Times
Find: Everything’s Bigger in Texas — Including Taxes, Which Are Outpacing California

As CNBC recently reported, there are numerous moving pieces tied to tax incentives for EVs, many having to do with whether you buy a new or used car, when you buy it, how certain parts are sourced, and where they are manufactured. In many cases the credits won’t roll around until 2023 or 2024.

What’s known is that consumers who buy a new EV can get a tax credit worth up to $7,500, while the credit for used vehicles is worth up to $4,000. Some buyers might also be eligible for incentives from state and local governments (or utilities) because of rules already in place.

However, not everyone is convinced the new rules will benefit all EV customers. Many tax breaks already in the tax code were extended through 2022, while many of the new requirements to get the biggest tax breaks won’t arrive until 2023 or later.

Mark Luscombe recently wrote, via Accounting Today, that, “This creates a potential last opportunity to take advantage of some of these tax breaks before the new requirements come into play.”

Luscombe, a CPA and attorney, noted that obtaining the tax credit for an EV “could prove difficult,” at least for a while. That’s because the new credit imposes vehicle price limits, purchaser income limits, and vehicle domestic sourcing tests that must be met before you can qualify for the credit.

He added, “It is estimated that most electric vehicles will not qualify under these requirements until manufacturers can come up with alternative sourcing for critical minerals and battery components or alternative minerals.”

Those requirements won’t become effective until the beginning of next year — or even later, if the IRS needs more time to come up with proposed regulations.

If you’re thinking about buying an EV to take advantage of the credits, it’s important to keep in mind that many new vehicles might not be immediately eligible for the tax break in 2023 because carmakers must first meet new manufacturing rules.

“If you want an EV, go buy an EV, [but] to wait four months for the credit is risky,” Joel Levin, executive director of Plug In America, told CNBC. “There’s a lot of uncertainty what will be available Jan. 1.”

Take Our Poll: How Do You Typically Split the Restaurant Bill?
More: 9 Bills You Should Never Put on Autopay

There is at least one potential upside to waiting until 2023 or later: Consumers who buy EVs from General Motors and Tesla would be eligible for the credit. That’s not the case this year due to current restrictions on the tax credit that will expire next year.