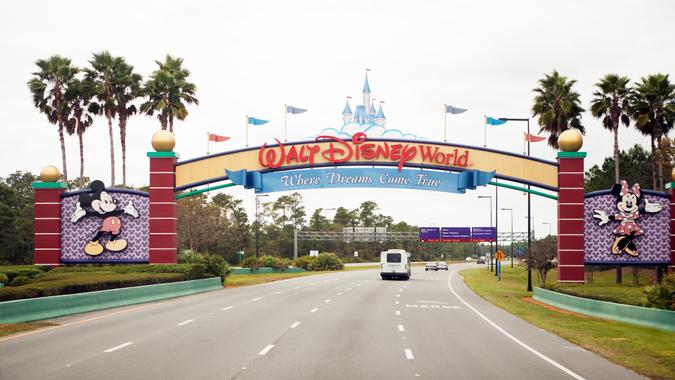 Since 1967, Walt Disney Co. has been operating its Disney World theme park on self-governed land near Orlando known as the Reedy Creek Improvement District. The 40-square-mile district saves the company tens of millions of dollars a year. However, the “Magic Kingdom” will soon be a kingdom in name only.

Read: 20 Genius Things Mark Cuban Says To Do With Your Money
Know: Here’s How Much Cash You Need Stashed if a National Emergency Happens

On Wednesday, the Florida Senate passed a bill that would abolish the taxing district that gives Disney special privileges of self-government in its theme park. Florida’s Republican-led House is likely going to approve the measure and then it would be sent to Governor Ron DeSantis to sign off on the bill that he has openly supported.

DeSantis and GOP lawmakers are feuding with Disney over the company’s opposition to the recently signed Parental Rights in Education law, or the “Don’t Say Gay” legislation. This controversial law prevents teachers from incorporating anything related to sexuality and gender in kindergarten through third-grade classrooms, and limits it for older students to material that is “age-appropriate.”

The company was silent upon its first introduction, but after pushback from employees, leadership in Disney came out against the law.

If the bill is signed into law, it would remove Disney’s special district classification on June 1, 2023. Disney self-governs Reedy Creek and will lose its rights to collect taxes, adopt ordinances, and provide police, fire and emergency services for the district. The responsibility for the special tax district’s governance will be passed to the Orange and Osceola counties, and its debt would become the responsibility of the taxpayers in those counties.

The legislation calls for the elimination of the tax district deal in June 2023 and affects approximately six districts in the state. However, Reedy Creek is the only one linked to a high-profile corporation. According to Visit Orlando, Disney employs nearly 80,000 people in the state and tourism to the area contributes $5.8 billion in local and state tax revenue yearly when its theme parks and resorts are operating at full capacity.