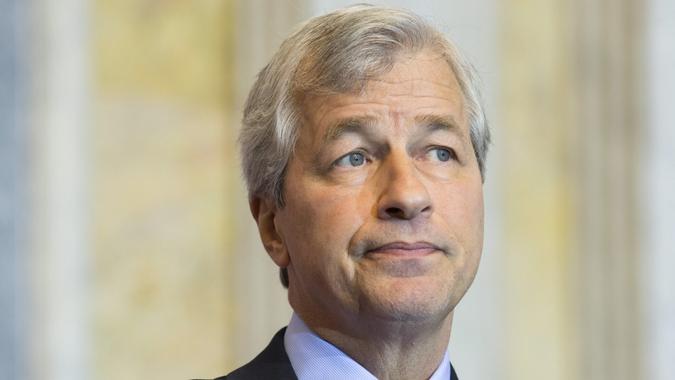 A group of 250 of New York’s top CEOs and business executives have signed a letter addressed to Governor Andrew Cuomo urging him against increasing taxes for high-income earners, CNBC and Bloomberg report.

JPMorgan Chase & Co. CEO Jamie Dimon and Goldman Sachs CEO David Solomon are amongst some of the high-profile CEOs to publicly oppose the hike aimed at relieving some of the financial pressure post-pandemic by instilling a wealth tax. In the letter, the executives claim the tax hike will “jeopardize New York’s recovery from the economic crisis inflicted by Covid-19,” Bloomberg reports.

They go on to highlight that the majority of their workforces are working remote, as “only about 10% of our colleagues [are] in the office and prospects for the future of a dense urban workspace are uncertain.” They stress that an increase in taxes will only incentivize them against returning to the city. The executives say “this is simply about our people voting with their feet,” and they will have few options but to re-locate to more favorable tax destinations.

The overall tax benefit estimated to be generated by the increase is thought to be $1.5 billion, applied to earners making north of $5 million, according to Bloomberg. The letter states that any net benefit will be offset by a loss of economic activity to the area should businesses be forced to relocate. The executives also argue that tax hikes should not be necessary in the presence of a federal aid and stimulus package.

New York City could receive $5.6 billion of the approximately $23 billion in aid earmarked for New York State, Bloomberg reports. “Used as the justification against tax increases, the proposed legislation states the funds should ‘only be used to respond to or mitigate the COVID-19 public health emergency, cover costs related to the emergency, replace lost revenue related to the pandemic, or address the economic impact of the pandemic.'”

Critics of the CEOs’ tax opposition state that with the increasing cost of emergency relief needed for the pandemic, it is unknown how much of the relief will aid in economic recovery. A wealth tax, they say, could help offset any shortcomings.

See: Biden’s Tax Hikes Take on Millionaires Made Richer by COVID-19
Find: What Is Tax Repatriation and How Does It Work?

Critics in the state legislature also stress that the pandemic has deepened wealth inequality in the state. They say a wealth tax can fund social programs and help ease the divide. The executives added in their letter that they think it best to wait until after economic recovery to create revenue for these programs, stating, “Once we are on a path toward restoring more than one million jobs and thousands of small businesses that New York has lost in the past twelve months, there may well be need to raise new revenues to fill the gaps in our education, health and social welfare systems,” CNBC reports.

The plea for tax easing comes on the heels of the 2018 tax reform bill, where corporations enjoyed sizable tax reductions. J.P. Morgan and Morgan Stanley, both included in the letter to New York State, paid a little under half of the statutory requirement, according to the Institution on Taxation and Economic Policy. Chevron, Amazon, Halliburton and IBM paid zero.