As most taxpayers know, preparing your tax return each year is an onerous task. It takes a lot of time, and time is money. The Tax Foundation estimates that Americans spent 2.6 billion hours to comply with tax filing requirements in 2016, which it estimates translates to a cost of $99 billion. The Tax Cuts and Jobs Act intends to decrease the amount of time it takes most taxpayers to complete their tax return.

The IRS estimates that it will take taxpayers 4 to 7 percent less time to file their returns under the new law. The Tax Foundation estimates that the average taxpayer spent 15 hours completing Form 1040 under the previous law, so they would now spend between 13.95 and 14.4 hours. Based on this, the potential cost savings for filing taxes translates to between $3.1 billion and $5.4 billion for all taxpayers added together.

Click to read about tax loopholes that could save you thousands.

New Tax-Filing Features That Will Save Taxpayers Time and Money

Here are some features of the Tax Cuts and Jobs Act that will save taxpayers time and money:

1. An Increase in the Standard Deduction

The Tax Foundation estimates that 28.5 million filers should take the new standard deduction, so they will spend less time itemizing deductions. They will also get a larger deduction than in previous years, so they will be paying taxes on a smaller amount of income.

2. Elimination of the Personal Exemption

In addition to the increase in the standard deduction, the personal exemption has been eliminated, along with that section of the tax form.

Fewer households will be subject to the Alternative Minimum Tax, which requires that some filers calculate their tax liability in two different ways and pay the larger of the two tax amounts.

Some of the deductions that were eliminated are most casualty and theft losses and job expenses.

Find Out: Best and Worst Ways to Itemize Deductions

Most taxpayers will never look forward to filing their taxes, but saving a little bit of time is helpful.

Click to find out if you’re among the 4.5 million people who need to adjust their W-4s now to avoid paying more taxes. 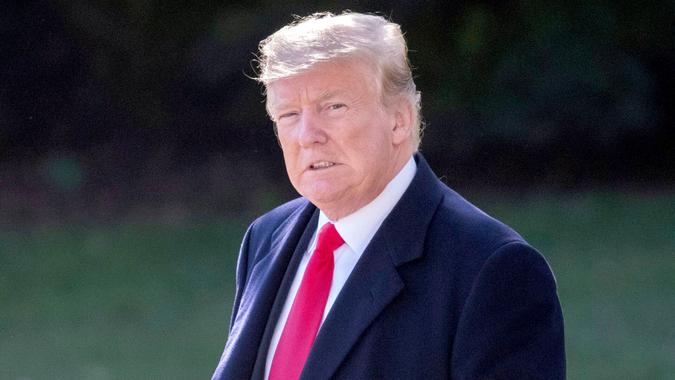 To Boost Your Income Less Than 2%, Trump Just Increased the Deficit

A federal revenue loss means more change in your pocket.