A certificate of deposit can be a good, low-risk investment, but unlike savings accounts, it requires a time commitment during which you can’t access your money without facing a penalty. CDs are insured by the FDIC, and your rate is tied to a term; the longer your term, the higher your rate. For example, five-year CD rates typically beat one-year CD rates.

Many financial institutions offer these types of investments, and local banks and credit union CD rates can be some of the most competitive rates for individual CDs, but brokerages also offer high-yield CDs as brokered investments. Make sure you understand the minimum purchase requirements and other fine print for buying and selling brokered CDs. To get started, compare rates from these seven financial companies to decide whether to add CDs to your investment plan before CD rates change.

Brokered CDs function the same as CDs can buy through your bank and are FDIC-insured up to $250,000, but they can be purchased from multiple financial institutions through your brokerage and traded on the open market. Unlike banks, some brokerages allow you to sell your consolidated CD investments before their maturity dates without a fee.

See Also: The Highest CD Rates in Every State

Vanguard was the first company to create an index fund for individual investors and has built its reputation on no-load mutual funds. It offers a range of investments, including CDs and bonds, that you can buy online

Vanguard prides itself on being a low-cost leader when it comes to investments like mutual funds, and although its CD rates are competitive, they’re not the highest in this list. You can purchase CDs commission-free if you have a minimum purchase of $10,000, and you can sell them commission-free before maturity.

Fidelity’s new issue offerings are sold at par without a trading fee, and secondary CDs have a trading fee of $1 per $1,000 CD par value.

One of the first brokerage firms to offer online trading, Scottrade maintains a nationwide network of physical branches. In 2008, the firm created Scottrade Bank and began offering a number of products, including bank deposits and CDs.

Scottrade offers the highest three-year CD rate –1.94 percent — of the institutions on this list, and its other rates are competitive, too. The company is being acquired by TD Ameritrade, but said in a Feb. 13, 2017, statement on its website that its branch network will remain largely intact and that clients will benefit from getting the best from both firms.

Scottrade’s 1.94 percent rate for a three-year CD beats TD Ameritrade’s 1.61 percent rate, but TD Ameritrade has the highest five-year CD rate on this list: 2.91 percent. The company’s new-issue and secondary CD pricing is determined on a net-yield basis. Its certificate withdrawal fee is $500.

Related: What Is the Minimum Deposit for a CD?

Charles Schwab offers the Schwab CD OneSource platform with a selection of FDIC-insured CDs that you can buy from multiple banks. Schwab’s online price is $1 per $1,000 CDs with a minimum of $10. Broker-assisted trades cost the online price plus a service charge of $25 per trade.

TIAA’s financial offerings include CDs with terms from six months to five years, and you’ll need a $1,000 minimum to invest in one. TIAA has some of the lowest rates of the companies on this list, but they’re still higher than rates you can get through banks.

USAA offers products and financial services to members of the U.S. military and their families. It offers variable, adjustable and fixed-rate CDs.

USAA’s rates are some of the lowest on this list, but they’re still relatively high compared with rates for individual CDs you could purchase through a bank. The company also offers numerous banking and investment services as well as shopping discounts to its customers.

An important distinction when it comes to CDs is the difference between rate and yield. The annual percentage yield reflects your total return, including any reinvested interest. Your rate is simply the interest rate for the CD.

If your CD pays interest once only, your rate and yield will be the same when it matures. If your CD reinvests your interest, however, you’ll be earning compound interest and your APY will be higher.

An APR, or periodic rate, is the same as your basic interest rate and is a term that applies to loans — it’s the amount you pay a lender for borrowing money and it doesn’t take into account how the interest is applied to your balance.

Up Next: Certificate of Deposit Guide 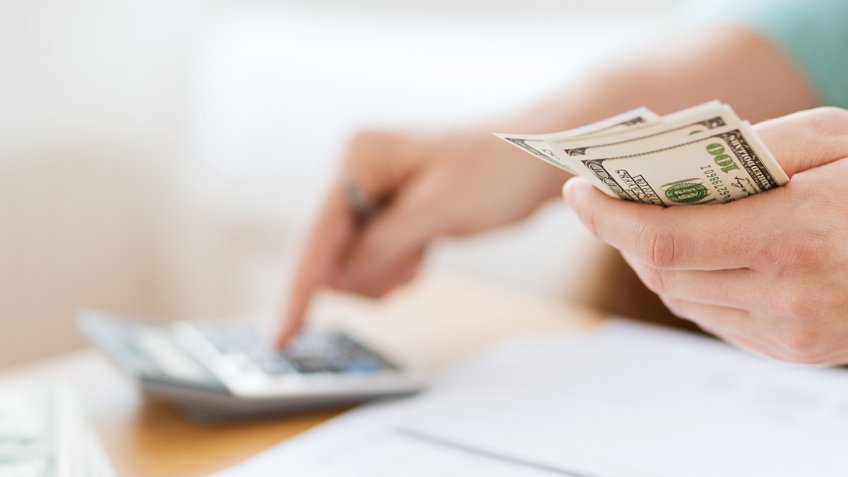 Things to Know About High-Yield CDs

What is a high-yield CD? Learn the answer and decide if this financial tool is right for you.