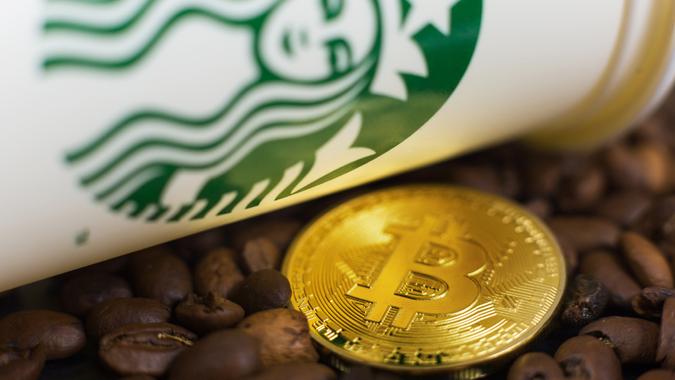 “It’s an important moment for our teams to recognize how far we have come and we know we have a lot more to work to do in building towards our vision,” Gavin Michael, CEO of Bakkt, tells GOBankingRates. “As we move forward, we’ll be doing more of what is already underway. Building a broader partner ecosystem, expanding the digital assets that we capture and offer and gaining momentum in a growing space.”

Earlier this month, the company announced a partnership with Google, which enables users to add their virtual Bakkt Visa Debit Card into Google Pay to purchase goods and services online or in-store. Digital assets such as Bitcoin will be converted to fiat currency for these payments to occur, according to a statement.

Bakkt, which was launched in 2018 by Intercontinental Exchange, announced in January that it was planning to go public, with an enterprise value of approximately $2.1 billion, according to the announcement. The public listing for Bakkt follows the business combination merger with VPC Impact Acquisition Holdings, a Chicago-based special purpose acquisition company (SPAC).

Bitcoin Foundation Chairman Brock Pierce tells GOBankingRates that Bakkt is another milestone in the industry “for an important crypto custodian firm to now be available to public investors.”

“The strength of the institutional investors involved is yet another signal of the importance for companies and consumers to pay attention to the space,” Pierce says.

The company says its aim is to lower barriers of entry into cryptocurrency and launch partnerships with some of the world’s premier brands and adding value to consumers’ digital assets by making their rewards and loyalty programs more compelling, according to a blog post on its website this morning.

For consumers, “the platform enables consumers to leverage their digital assets — from bitcoin, to select loyalty points, gift cards and merchant offers — in new and exciting ways.

“From purchasing your morning cup of coffee with crypto, to converting select loyalty points to cash, to redeeming airline miles towards a new laptop, to sending cryptocurrency or gift cards to family and friends, the possibilities are only as limited to one’s imagination.”

A Bakkt spokesperson explains that brands it partners with include Choice Hotels, Wyndham, Finastra, Starbucks and Quiznos. The Bakkt app, launched in March, enables, for example, Choice Privileges members to convert their unused rewards points to cash and then convert that cash to bitcoin, transfer to friends with the “Send” feature, or use it to purchase everyday goods and services online or in-store wherever Apple Pay or Google Pay are accepted.

Bakkt says its platform enables companies and merchants to extend engagement with customers by providing crypto services, which in turn, can build loyalty.

Regarding institutions, the company says that they seek its secure infrastructure and capabilities to access cryptocurrency markets, products and digital asset ecosystems.

“We provide regulatory clarity, better price discovery (thanks to our bitcoin futures contracts) and more effective risk management tools for our customers,” according to the post.

Bakkt follows several other platforms going public in the past few months, most notably Coinbase in April, as one of the most anticipated IPOs of the year, followed by  Robinhood in April.