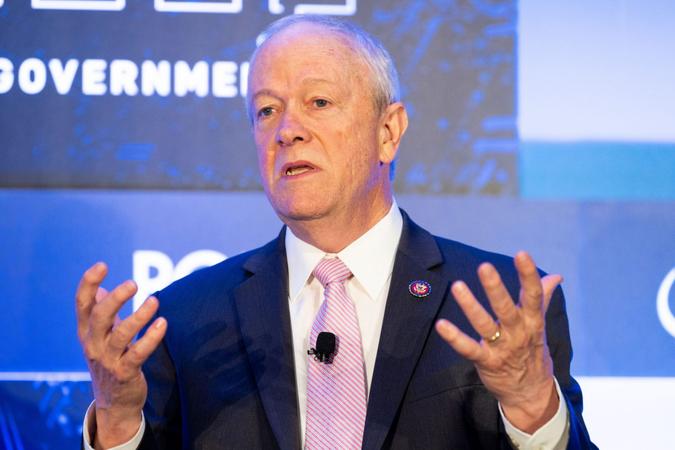 The U.S. House of Representatives passed the first two blockchain bipartisan bills Tuesday evening to study and report on the use of blockchain technology and digital tokens.

See: Is the Fed Ready for Its Own Digital Currency?
Find: What Is Blockchain Technology?

The Blockchain Innovation Act and parts of the Digital Taxonomy Act passed the House of Representatives as part of Rep. Jerry McNerney’s bill, the Consumer Safety Technology Act, according to a statement.

“Emerging technologies like artificial intelligence, blockchain technologies and cryptocurrency are playing a growing importance in our daily lives and are going to be an economic driver for the 21st century economy,” Rep. Darren Soto said on the floor of the House of Representatives, according to the statement.

“It’s essential that the United States continue to be a global leader in these emerging technologies to ensure our democratic values remain at the forefront of this technological development. Also, as a responsible global leader, the United States must strike the appropriate balance of providing an environment that fosters innovation while ensuring appropriate consumer protection,” he added.

The Blockchain Innovation Act, co-sponsored by Rep. Brett Guthrie, directs the Department of Commerce in consultation with the Federal Trade Commission to conduct a study and submit to Congress a report on the state of blockchain technology and commerce, including its use to reduce fraud and increase security.

Soto said this represented a first step toward the long-term goal of setting up a Blockchain Center of Excellence in the Department of Commerce.

“The digital currency industry and blockchain have experienced explosive growth and require legislation to provide a framework of rules for the protection of Americans and the ability of the industry to continue its growth and maturity,” Geffner says.

See: Is Crypto Too Risky? 12 Experts Weigh In
Find: How Does Cryptocurrency Work – and Is It Safe?

“When we look at market volatility, the use of cryptocurrency for ransomware and recent attacks like the Colonial Pipeline and tax evasion, it’s critical that we get on the front end of this,” Soto said.