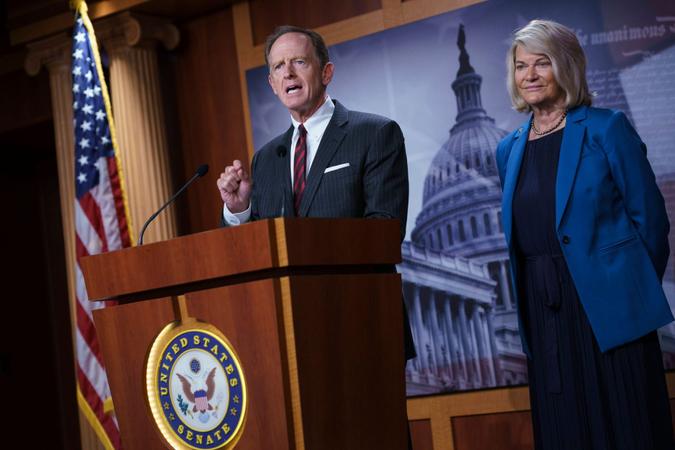 The $1.2 trillion Infrastructure Investment and Jobs Act passed in the Senate yesterday by a 69-30 vote — a major win for President Joe Biden, but a blow to the crypto industry. The bill will now go to the House of Representatives for final approval before it is signed by the president.

See: Infrastructure Stocks Get a Boost After Bill Passage – Are They Worth the Investment?
Find: Washington Closes in on Crypto, Adds New Reporting Provision to Infrastructure Bill

“I believe we need additional authorities to prevent transactions, products and platforms from falling between regulatory cracks. We also need more resources to protect investors in this growing and volatile sector,” Gensler wrote on Aug. 5, which echoes what he said about crypto regulations last week at the Aspen Security Forum, noting that “right now, we just don’t have enough investor protection in crypto. Frankly, at this time, it’s more like the Wild West.”

At the crux of the controversy is a provision in the infrastructure bill about the crypto industry, aimed to help pay for a part of the bill. The provision broadens the definition of a broker, saying “any person who (for consideration) is responsible for regularly providing any service effectuating transfers of digital assets on behalf of another person,” according to the text of the bill. This language would require crypto brokers to report customer information to the Internal Revenue Service — that it doesn’t exclude miners, software developers, stakers and other individuals in the crypto economy who don’t have customers.

The new requirements could generate $28 billion in tax revenue, according to Bloomberg.

On the eve of the Senate vote, a bipartisan group of senators, including Sens. Pat Toomey (R-Pa.), Mark Warner (D-Va.), Cynthia Lummis (R-Wyo.), Kyrsten Sinema (D-Ariz.) and Rob Portman (R-Ohio) announced they had reached a compromise on the digital asset reporting requirements in the bill.

“There’s broad agreement that digital asset exchanges behaving as brokers should be required to report transactions just like other kinds of brokers already do,” they said in a joint statement. “There is also concern that tax evasion and non-compliance are becoming significant issues surrounding cryptocurrencies and digital assets. Some have expressed confusion concerning the underlying text of the infrastructure bill, suggesting it would result in the application of reporting requirements far too broadly and ensnare individuals, developers, and other elements of this ecosystem that could not comply with a reporting mandate.”

The senators said they had worked with the Treasury Department to clarify the underlying text and ensure that those who are not acting as brokers will not be subject to the bill’s reporting requirements.

“While we each would have drafted this solution differently, we all agree it’s important to ensure that these obligations are properly crafted to apply only to entities that are regularly effectuating transactions of digital assets in exchange for consideration.  To best memorialize this common understanding, we propose to incorporate this important amendment into the infrastructure bill and urge our colleagues to join us in enacting this bipartisan clarification.”

However, the amendment was struck down by Sen. Richard Shelby (R-Ala.) and the language remained in the bill.

See: US Government is Seizing so Many Cryptos, It’s Enrolling Private Contractors
Find: 10 Programs in the Infrastructure Bill You Might Not Have Heard About

The bipartisan Blockchain Caucus sent a letter to House lawmakers, “raising concerns about the Senate infrastructure bill being paid for by our crypto industry.”

“Left unchanged, this provision will have sweeping implications for crypto investors in our country and further regulate innovation out of the United States,” according to the letter. “Cryptocurrency tax reporting is important, but it must be done correctly. When the Infrastructure Investment and Jobs Act comes to the House, we must prioritize amending this language to clearly exempt noncustodial blockchain intermediaries and endure that civil liberties are protected.”