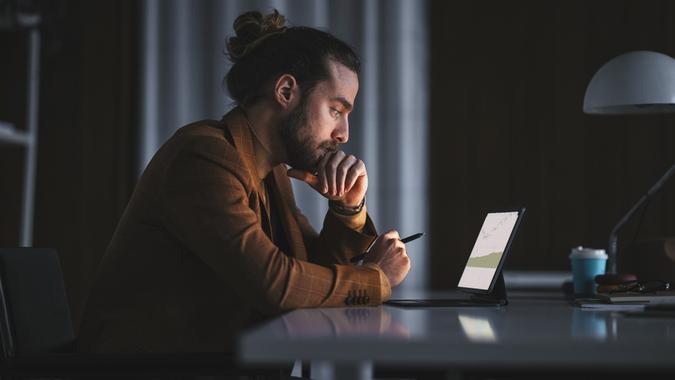 Stablecoins are increasingly under regulatory scrutiny. Just last month, the Treasury Department issued its long-awaited report on the assets, which, when “well-designed and subject to appropriate oversight have the potential to support beneficial payments options.” However, the report said that the absence of said oversight presents risks to users and the broader system.

Now, Bank of America Global Research has stated in a new report that some stocks would benefit from the regulation. It could also help banks, enabling them to establish new revenue streams.

Stablecoins are cryptocurrencies intended to remain stable and have low volatility. They can be pegged to a currency or a commodity, such as gold. With a market value of about $141 billion — up from around $24 billion a year ago — and quarterly transaction volumes reaching more than $1 trillion in 2021, the need for regulatory oversight appears clear, according to Alkesh Shah, head of digital asset strategy at BofA.

Ron Geffner, former SEC enforcement lawyer who now oversees the Financial Services Department at Sadis & Goldberg, told GOBankingRates that one of the lessons learned in 2008 is that there are periods in history when different asset classes’ movements are correlated. “Digital assets have been experiencing hyper growth over the last several years, he said. “If it is a bubble and the bubble bursts, I expect it will have an impact on other asset classes. Regulation may reduce this risk.”

Stablecoins’ market value is held mostly in Tether (USDT), at $73 billion; USD Coin (USDC), at $34 billion; and Binance USD (BUSD), at $13 billion, according to the BofA report. BofA’s research found that the stocks that could see market value expansion resulting from stablecoin regulation include Mastercard, Signature, Visa and Western Union.

“We also expect banks to be beneficiaries of stablecoin regulation with digital-asset focused banks like Silvergate (SI US) and Signature (SBNY US) differentiating themselves further from the pack,” Shah clarified in the report.

He noted that the proposed regulatory framework recommends “stablecoin issuers be insured depository institutions,” which has the potential to position banks as natural partners in the stablecoin ecosystem. “Silvergate and Signature echoed this sentiment during our banking and financials conference. In fact, Silvergate has already entered the stablecoin space as the exclusive issuer of the Diem USD stablecoin and manager of Diem USD reserves.”

“Changes in regulatory leadership at the Federal Reserve and OCC will likely make it more difficult for fintech and non-banking companies to obtain new banking charters, further enhancing the role that regulated depositories could play in the stablecoin ecosystem,” he added. “Banks have and likely will issue their own stablecoins in the future, establishing new revenue streams in the process.”

William Callahan, Director of Government and Strategic Affairs at Blockchain Intelligence Group, told GOBankingRates that the entire cryptocurrency ecosystem, including banks and other financial institutions, would benefit from stablecoin regulation with rules, regulatory oversight and accountability. “The benefit of regulation within the stablecoin market will bring a level of certainty to these bank stocks, and the market tends to respond well to certainty,” he added.

In addition, formal regulation of stablecoins serves a twofold benefit: it fosters greater confidence by retail investors in new/emerging technology like blockchain and crypto when backed by not only a “stablecoin” asset class apart from typically volatile cryptocurrencies, but also paves the way for faster adoption of CBDCs as a centralized form of traditional stablecoins, Mike Fasanello, Director of Training and Regulatory Affairs at Blockchain Intelligence Group, told GOBankingRates.

Learn: Best Bitcoin or Crypto Wallets 2021: How To Choose
Explore: Can You Retire With Millions by Investing in ETFs?

“So regulation will net not only greater market confidence in crypto, but also build the foundation for an eventual Fed-issued ‘digital dollar’ or the like,” he said.