Congressional Stablecoin Regulation Requested in Latest Report — Will It ‘Even Playing Field?’ 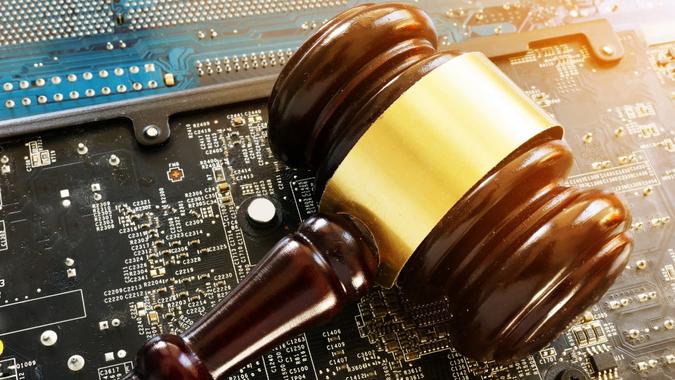 The President’s Working Group on Financial Markets (PWG), joined by the Federal Deposit Insurance Corporation (FDIC) and the Office of the Comptroller of the Currency (OCC), released a long-awaited report on stablecoins, which when “well-designed and subject to appropriate oversight have the potential to support beneficial payments options.” However, the report says that the absence of appropriate oversight presents risks to users and the broader system.

See: 8 Best Cryptocurrencies To Invest In for 2021
Find: 3 Cryptos To Watch Closely During the Tail End of 2021

Stablecoins are cryptocurrencies intended to remain stable and have low volatility. They can be pegged to a currency or a commodity, such as gold.

The report notes that while today, stablecoins are primarily used to facilitate trading of other digital assets, they could be more widely used in the future as a means of payment by households and businesses. Indeed, the existing stablecoin market is worth nearly $130 billion, having grown 20-fold in the last 20 months, the report noted.

“Current oversight is inconsistent and fragmented, with some stablecoins effectively falling outside the regulatory perimeter. Treasury and the agencies involved in this report look forward to working with Members of Congress from both parties on this issue,” Treasury Secretary Janet Yellen said in the report. “While Congress considers action, regulators will continue to operate within their mandates to address the risks of these assets.”

The report noted that the potential for the increased use of stablecoins as a means of payments raises a range of concerns, including the potential for destabilizing runs, disruptions in the payment system and concentration of economic power. In turn, it recommends that “Congress act promptly to enact legislation to ensure that payment stablecoins and payment stablecoin arrangements are subject to a federal framework on a consistent and comprehensive basis. Such legislation would complement existing authorities with respect to market integrity, investor protection, and illicit finance, and would address key concerns.”

Ron Geffner, former SEC enforcement lawyer who now oversees the Financial Services Department at Sadis & Goldberg, told GOBankingRates that The United States capital markets are considered the “gold standard” and have flourished for nearly a century for two primary reasons:

“The implementation of laws designed to create an even playing field and the creation of regulatory agencies and organizations which are designed to police the system and prosecute those who violate the rules and regulations,” Geffner said. “The President’s Working Group on Financial Markets’ report and recommendations seek to implement rules and regulations that will enable the digital market to mature and provide comfort to the digital marketplace which includes investors, traders and its service providers.”

More: With More Money Pouring Into Stablecoin Than Municipal Bond Funds, Should You Invest?

In addition, to address concerns about payment system risk, legislation should require custodial wallet providers to be subject to appropriate federal oversight, and should provide the federal supervisor of a stablecoin issuer with the authority to require any entity that performs activities that are critical to the functioning of the stablecoin arrangement to meet appropriate risk-management standards.

The report concluded by saying that while its scope is limited to stablecoins, “work on digital assets and other innovations related to cryptographic and distributed ledger technology is ongoing throughout the Administration.”