3 Cryptos To Watch Closely During the Tail End of 2021 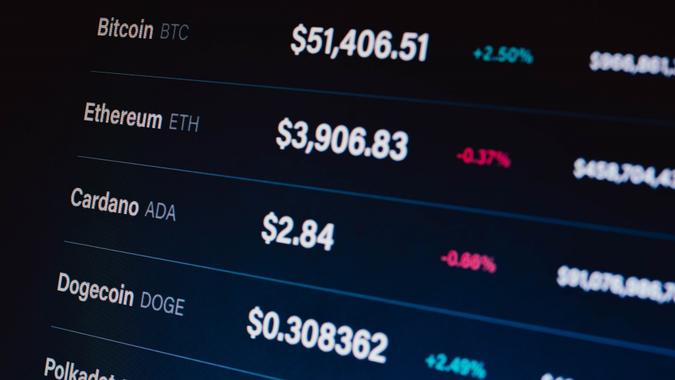 Bitcoin has been on an uptick lately, but other cryptos are also worth keeping an eye on in the fourth quarter, many experts are saying.

A recent Bank of America report, “Digital Assets Primer: Only the first inning,” noted that as the digital asset economy expands, the market share of altcoins has expanded significantly, capturing bitcoin market share. Bitcoin’s market value accounted for approximately 97% of the crypto market value in November 2013, but had fallen to under 45% in August 2021 — a positive as coins for new use cases are created. “In fact, there are now ~100 coins valued at more than $1 billion, which Bank of America views as a sign of an expanding ecosystem,” according to the report.

Some of the cryptos that will soar in the next quarter include Ethereum’s native token Ether, Cardano and Binance Coin, according to Investorplace, which says that these have a big factor in common, each offering digital assets upon which platforms are being built.

Billionaire Mark Cuban agrees, as he told CNBC that “as an investment, I think ethereum has the most upside.” The smart contracts, or collections of code, on the ethereum blockchain “really changed everything” in the crypto space, Cuban told CNBC. That’s because smart contracts are able to do so much, including power decentralized finance, or DeFi, applications and NFTs, which have numerous use cases themselves. “In fact, “I wish I had bought [ether] sooner,” Cuban said. That’s partly because he thinls “it’s the closest we have to a true currency.” The crypto has a $449 billion market cap and is up 9.4% today, according to CoinMarketCap data.

Interesting: Mark Cuban Owns Less Than $500 in Dogecoin Despite Team’s Stake in the Crypto

The next crypto to watch is Binance Coin, created by the exchange of the same name. The crypto is pegged to the U.S. dollar at a value of one-to-one.

Investorplace said that there are multiple factors making Binance Coin very attractive in the fourth quarter, including that as demand materializes from more reports that legitimize Binance, potential investors will begin to dig deeper into the exchange, coin and platform.

“What investors will see is a crypto tied to its own exchange, which gives it an advantage in terms of adoption. They also will learn that Binance has approval from the New York State Department of Financial Services for limited transactions,” according to Investorplace. “And finally, investors will note Binance Coin’s compatibility with the Ethereum platform. That lends a degree of stability many other assets lack and gives it the credibility newbies seek.”

Binance Coin has a market cap of $79 billion and was up 3% this morning, according to CoinMarketCap data.

“Since launching the Binance Coin, the exchange has also benefited from increased investor interest in the token. BNB went through a significant price increase at the beginning of 2021, which has put it on the map of enterprise investors,” CoinMarketCap stated.

Finally, Cardano’s token ADA has seen some decent gains during the last 12 months, as it has increased by 1,840.5% year-to-date, according to Bitcoin News.

It’s locked in a battle with Ethereum to become the main host of DeFi Apps and is so far doing incredibly well in building a robust foundation for the future, Investorplace said, adding that it “has been one of the top-performing cryptocurrencies since the beginning of the year. Its relevance in the DeFi world is what has investors salivating about its long-term prospects.”

Additional cryptos worth following in the next quarter include Solana and Avalanche, experts say. Stephen Stonberg, CEO of crypto exchange Bittrex Global, told GOBankingRates that heading into the next quarter, it’s clear that there’s a few crypto projects that seem to have shown a lot of potential over the course of the year.

“Of course, this is not investment advice, but there’s a lot of promise with Solana, Algorand, Polygon and Avalanche. All four are demonstrating solid efforts, making the right moves in fostering their community and in supporting those building off their blockchains and/or protocols,” Stonberg said.