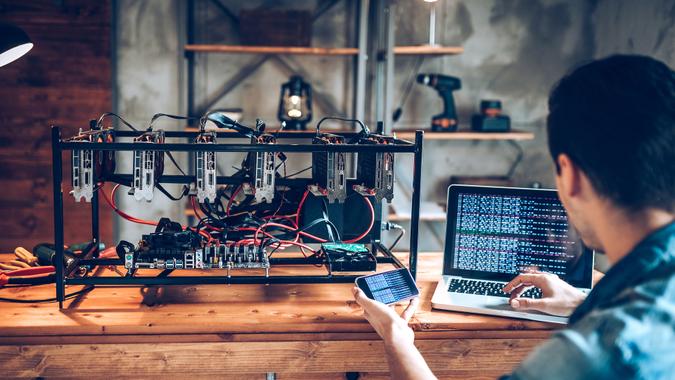 The U.S. is followed by Kazakhstan and the Russian Federation.

The immediate effect of the government-mandated ban on crypto mining in China was a 38% drop in global network hashrate in June 2021 – which corresponds roughly to China’s share of hashrate before the clampdown, suggesting that Chinese miners ceased operations simultaneously,” Michel Rauchs, digital assets lead at the CCAF, writes in an article on the University’s website.

“New data reported by partnering mining pools BTC.com, Poolin, ViaBTC and Foundry confirms this observation: declared mining operations in mainland China have effectively dropped to zero, from a high of 75.53% of the world’s total Bitcoin mining in September 2019 when this data was first recorded.

Rauchs adds that if the August data updates are an indication for the future, then that recovery will likely be further distributed predominantly between the largest share gainers – the U.S., Kazakhstan and the Russian Federation.

See: What Is Crypto Mining and How Does It Work?
Find: How To Make (or Lose) Money With Bitcoin, Explained in One Chart

As GOBankingRates reported yesterday, most of America’s Bitcoin miners are based in New York, Kentucky, Georgia and Texas, according to new data. According to Foundry USA, 19.9% of bitcoin’s U.S. hashrate is in New York. Meanwhile, 18.7% is in Kentucky, 17.3% is in Georgia and 14% is in Texas.