With More Money Pouring Into Stablecoin Than Municipal Bond Funds, Should You Invest? 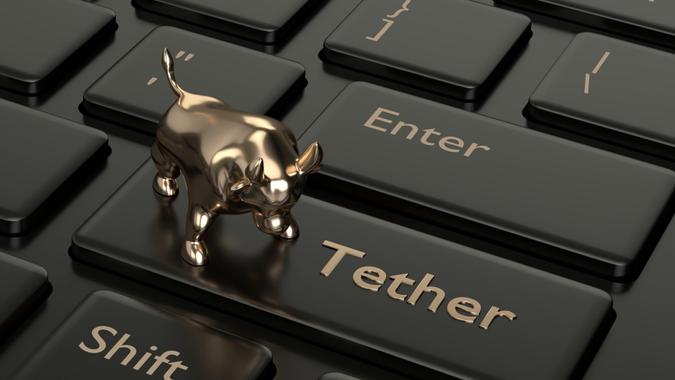 If you’re thinking about putting your money into stablecoins, you have plenty of company. So far this year, more capital has flowed into these dollar-backed digital currencies than into United States municipal bond funds, the Blockworks website reported.

See: Crypto Financial Lingo to Sound Like an Investing Expert
Find: Is the Fed Ready for Its Own Digital Currency?

As of late last week, the three leading stablecoins — Tether, USD Coin and Binance USD — had a combined value of more than $100 billion in assets. That’s nearly three times the cash reserves at PayPal, Blockwords noted.

Tether, USD and Binance have seen their combined value rise by about $75 billion over the past year, which is slightly above the $73 billion added to municipal bond funds during the same time period.

Does this mean you should consider putting your money into stablecoins? Advocates of the digital currency say it’s a stable investment because it is theoretically backed dollar-for-dollar by U.S. cash. But that’s not necessarily the case.

See: How to Invest In Cryptocurrency — What You Should Know Before Investing
Find: Comparing Investments — Real Estate vs. Crypto vs. Gold

As Blockwords noted, Tether revealed in May that only 2.6% of its reserves are in cash, with the rest made up of a combination of secured loans, corporate bonds, crypto holdings and other assets. According to other reports, 61% of USD reserves are in cash, while Binance has said its stablecoin is backed one-to-one by U.S. dollars.

“We have a tradition in this country where the public’s money is held in what is supposed to be a very safe asset,” Powell testified before the committee. “We have a pretty strong regulatory framework for bank deposits, for example, or money market funds,” he added. “That doesn’t exist for stablecoins, and if they’re going to be a significant part of the payments universe … then we need an appropriate framework, which frankly we don’t have.”

Last week, Gary Gensler, head of the U.S. Securities and Exchange Commission, said cryptocurrency markets were “rife with fraud, scams and abuse” and called on Congress to give the SEC new regulatory powers, The Economist reported over the weekend. The U.K. has banned Binance, while European Union regulators have advocated more transparency in cryptocurrency transactions.

One thing to keep in mind if you’re considering putting your money into stablecoins is that you won’t get the same level of financial transparency that you get with other, more highly regulated asset classes. As The Economist noted, Tether’s disclosures of the breakdown of its assets fall well below the standards expected of a bank.

Earlier this year, Tether was among the defendants that agreed to an $18.5 million fine imposed by New York’s Attorney General, who said that in 2017, Tether misled the market about its U.S. dollar backing. The AG also said Tether had not accurately disclosed the transfer of $625 million of its assets to online trading platform Bitfinex.