Advertiser Disclosure
An index fund is a type of mutual fund that is passively managed, meaning it simply accepts the same returns as the market rather than try to pick and choose specific stocks in the hopes of doing better than the market. Despite the enormous importance of the index fund — and the theory underlying it — much of America remains largely oblivious to just how relevant these funds are.

When Jack Bogle — the founder of Vanguard — died in early 2019, you could see this divide in the way prominent investors and business news outlets fell over themselves to heap praise on him. Bogle, who invented the index fund, created one of the most important tools available to today’s investors, even if most of them don’t know it.

“Jack did more for American investors as a whole than any individual that I’ve known,” legendary investor Warren Buffett told CNBC’s Becky Quick. “A lot of Wall Street is devoted to charging a lot for nothing. He charged nothing to accomplish a huge amount.”

That sort of effusive praise from one of the most authoritative voices on investing in America should make it clear that understanding what index funds are — and how they differ from traditional mutual funds — is crucially important to investing. Even if you’re woefully behind in understanding what happens with your 401(k), getting a grasp on this concept can help you make simple, smart decisions for your future that will keep paying dividends for decades.

Here’s what you’ll find in this guide comparing mutual funds and index funds:

What Is a Mutual Fund?

A mutual fund is simply a collection of assets pooled together into a single “fund” that you can invest in. The company that runs the mutual fund has a fund manager and a team of researchers making all the choices about what to invest in, and the consumer can simply buy into the fund and reap the rewards of the experts’ hard work.

Mutual funds are filled with stuff that changes in value over the course of the day, so the funds are “marked to market” at the end of each trading day. That’s when their share prices are adjusted to reflect the day’s market action. Unlike a stock, you have to wait until the market closes to invest in a mutual fund.

What Is an Index Fund?

Although there’s no structural difference between an index vs. a mutual fund — an index fund is simply a particular type of mutual fund — they differ greatly in terms of the investing strategy they represent. Instead of trying to pick a collection of the best possible investments, index funds are structured to simply match the losses or gains of a particular index as precisely as possible. So, if you have a Standard & Poor’s 500 Index fund, that fund should increase or decrease in value by the same amount as the S&P 500 every day.

On the one hand, index funds are mutual funds. They utilize the same financial structures, and they serve a similar purpose. But they also represent two different ends of an important philosophical divide in the investing world: passive vs. active management of your investments.

You might have noted the somewhat defeatist attitude taken by the index fund. It’s the investing equivalent of taking a course pass-fail. Instead of going for the grade — in this case, beating the market — you’re just trying not to do poorly.

Outside of a few miraculous investors like Warren Buffett and Peter Lynch, almost no one can beat the market on a regular basis. Academic research conducted in recent decades has some believing that any attempt to beat the returns of major market indices is a fool’s errand, and you’re not really improving your returns over time with a mutual fund.

This really matters when you get to the discussion of costs. Most mutual funds collect their fee by way of an “expense ratio.” The expense ratio is the percentage of your investment getting paid to the management company every year. Because actively managed funds require a number of highly priced professionals to pick stocks, they tend to cost a lot more — with a typical expense ratio between 0.5% and 1%. Index funds are usually around 0.2%.

So Where Do ETFs Fit In?

Some of you might be reading this and getting a little confused. You’ve probably read about how exchange-traded funds are the passively managed alternative to the mutual fund. Which, although mostly accurate, is incomplete. The real difference comes down to the way ETFs are structured: Mutual funds are repriced and traded at the end of the trading day, but ETFs can trade hands throughout the day while markets are open, just like a stock.

That’s a very technical distinction, though, and not one that matters much to the average investor. And because the vast majority of ETFs simply match an index, that tends to be the distinction most people focus on. It just doesn’t account for the existence of the index fund, which is both a mutual fund and passively managed. Nor does it account for the existence of actively managed ETFs, of which there are at least a few.

The real takeaway should be that if you’re setting out to build a portfolio around passively managed, low-cost funds, either index funds or ETFs will do. Unless one has a significantly higher expense ratio, you probably don’t need to sweat the very minor differences.

Index Funds vs. Mutual Funds: Which Option Is the Best Investment?

Index funds and mutual funds are both excellent options for investing, especially if you’re a retirement investor looking for a simple way to make safe investments. But the difference in costs between mutual funds and index funds is a pretty compelling argument for passively managed funds. Although the difference between 0.2% and 0.5% might not seem like much, it can add up to thousands — even hundreds of thousands — of dollars by the time you retire.

Here’s a look at just how much that can cost you by using the compound interest calculator at Investor.gov. Assume there are four funds — two index funds and two mutual funds with expense ratios from 0.1% to 1% — each with total returns of 10% a year before fees. Just how much will a $100,000 investment turn into for each over the course of 25 years?

Just 0.9% more in fees translates to almost $200,000 in money drained off of your nest egg over time. Of course, paying more fees makes perfect sense if you’re getting better performance. Investors in the Magellan Fund during the 1980s — a period during which it was managed by legendary investor Peter Lynch — likely didn’t mind paying more in fees. The fund returned an average of 29.2% from 1977 to 1990 and outperformed the S&P 500 every year but two. At that rate, $100,000 invested in 1977 would have turned into over $3.5 million in just 14 years, making an extra few hundred thousand dollars hardly worth worrying about. Problem is, guys like Peter Lynch are the exception, not the rule. Unless you have the next Warren Buffett picking stocks for you, you’re probably wasting that extra money you’re paying in fees.

According to the SPIVA Mid-Year 2018 report, just over 45% of large cap mutual funds managed to beat out the performance of the S&P 500 over the last year, meaning half of the people paying extra for a professional fund manager were wasting their money. And most of those managers who did beat the S&P 500 just had a lucky year. Extend that window to five years and only about one in four mutual funds can claim they beat the market, falling to one in 10 over a 10-year period.

This is not to say there’s no reason to buy a mutual fund. In plenty of situations, actively managed mutual funds are a better investment despite their higher fees, so examine each investment decision in the context of your portfolio and your financial goals, as your specific circumstances might call for a particular fund. Not to mention, you might just want to try your luck at finding the rare actively managed funds that will actually prove to be winners.

That said, it’s hard to argue with the cold, hard fact that index funds tend to offer the same — or better — performance at a fraction of the cost. That should be especially good news to the casual investor. At the end of the day, the data appears to point to the reality that someone who knows almost nothing about investing can routinely get about the same returns as Ph.D. mathematicians and mutual fund managers with MBAs.

Understand: How To Pick the Smartest Investment Strategy for Your Money

As noted earlier, Warren Buffett is a huge fan of index funds despite being one of the few investors to have beaten them out over the years. For Buffett, if you can’t be a full-time, professional investor spending hour after hour combing over balance sheets and income statements, index funds are a no-brainer. Buffett even took to task the people charging some of the highest fees on Wall Street — the managers of the extremely expensive hedge funds relied on by the super rich — with a famous bet on behalf of passive management strategies.

In 2007, Buffett bet $1 million that a simple S&P 500 index fund would outperform a hand-picked basket of top hedge funds selected by Ted Seides — the hedge fund manager who negotiated the bet — after including the cost of the fees charged by the funds. Not only did Buffett win handily, he crushed the competition: The S&P 500 returned 7.1% over the 10 years of the bet while the hedge funds returned just 2.2% and charged clients considerably more money in the process.

So, if you’re interested in taking an active approach to investing or just need funds that serve a very specific purpose to your portfolio, mutual funds might be for you. But if you know next to nothing about investing, low-cost index funds tracking major indices like the S&P 500, Dow Jones or Nasdaq are an easy way to get make a solid investment that’s likely to perform just as well.

Joel Anderson is a business writer who has been writing about investing topics for over a decade. His work has been featured on a number of investing sites, including CNBC, MSN and Equities.com. 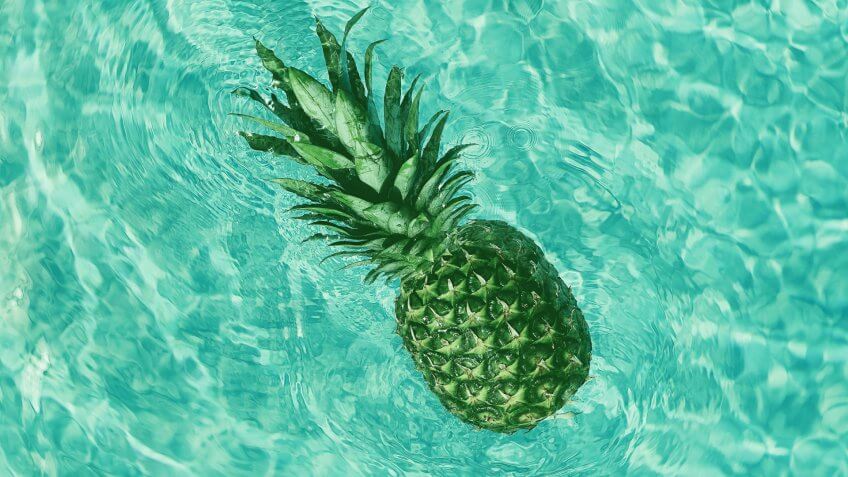 Mutual Funds: Everything You Need To Know

Mutual funds offer good exposure to a variety of investments.