Hossein Haddadi is a miner. Like any other miner, he rises from bed each morning knowing there’s a valuable commodity waiting out there for whoever can get to it first. Haddadi is going to uncover it and, if he’s lucky, make himself rich in the process. Instead of reaching for a pickax, however, Haddadi takes a seat at his computer to make sure it’s running smoothly, then heads off to the rest of his day. That’s because he isn’t mining gold or silver or even diamonds. He’s mining cryptocurrency.

One of the biggest financial stories of the past year was the sudden, meteoric rise of cryptocurrency trading. The values of bitcoin, ether, ripple and other crypto-coins keep making news as they dramatically rise and fall on a daily basis. A year ago, one bitcoin traded at less than $1,000. By mid-December 2017, that same bitcoin was worth nearly $20,000, only to have the price collapse to a little more than $10,000 in just a few weeks.

Wild swings like these are bound to attract attention and raise questions — most notably, where do people get these digital coins that they can then turn around and sell for the cost of a compact car? Many tech-savvy entrepreneurs out there “mine” them, receiving “coins” as a reward for lending computing power to help construct the underlying infrastructure of the cryptocurrency itself.

Anyone with the right type of hardware can take part, and cryptocurrency mining has created a new gold rush, attracting speculators and thrill-seekers from across the societal spectrum looking to cash in. One of those speculators is Haddadi, a Los Angeles resident who has turned his fascination with cryptocurrencies and knowledge of computers into a side business as a cryptocurrency miner.

Getting Paid to Solve Puzzles

Cryptocurrencies are digital assets, like bars of gold, but they only exist on the internet. Although you can’t physically hold cryptocurrency, all of the transactions for a particular cryptocurrency are recorded onto a corresponding public ledger known as the “blockchain,” so your ownership is clearly defined and carefully recorded for all to see.

What does a cryptocurrency miner do? Mining is essentially the clever way people who conceive of these cryptocurrencies get others to do the necessary groundwork for bringing them into existence. Anyone with the right type of graphics processing unit (GPU) can sign up to let their computers work in the background solving complex computational problems built into the design of the cryptocurrency. When a puzzle is solved, it unlocks a new piece of the blockchain, known as a “block,” and the responsible party is rewarded with some of the newly created coins. It’s a system that incentivizes enterprising techies to build the blockchain that sustains the cryptocurrency for everyone else.

“You’re helping to validate these transactions that go across the network,” Haddadi said. “You help create these new ‘blocks’ which house the decentralized ledger … and you’re rewarded for doing that.”

Haddadi has found the best way to explain this complex process to the less tech-savvy is to keep it simple. “I tell them that I have a computer that solves puzzles and gets paid to do it,” Haddadi said.

What Is Bitcoin? Investing in Cryptocurrency Explained

It’s Not Just About Bitcoin

Haddadi is quick to point out that he doesn’t mine bitcoin, the original cryptocurrency that remains the most visible digital coin out there.

“To mine bitcoin, you need a specialized machine,” Haddadi said. “Most of them are done, actually, on an industrial scale now. So [the] hobby farmer like myself can’t really get involved in bitcoin as much anymore.”

What’s more, for Haddadi the newer coins are just more interesting. “In my opinion, I think bitcoin, as a technology, is already outdated,” Haddadi said. “There’s so many better blockchain technologies.”

For smaller miners, the opportunity is much greater with coins that aren’t as well-known outside of the cryptocurrency community. Haddadi mines a variety of other, lesser-known cryptocurrencies like Zcash, which he can convert into bigger cryptocurrencies and then sell.

Check Out: Bitcoin Alternatives to Consider Investing in This Year

Driven by a Fascination With Technology and, Yes, Money

What drew Haddadi to mining cryptocurrency is basically the same thing that typically attracts people to any other sort of mining. “To be honest, it’s kind of shameless,” he said. “I just wanted to make money.” The longer answer, though, is that the technology underlying these cryptocurrencies was fascinating to Haddadi. Captivated by the cryptocurrency revolution, he wanted to get in on the action.

“I needed a way of actually becoming a player in the game, and cryptocurrency farming seemed like the logical way of doing it,” Haddadi said. “[It] kind of gave me an introduction to the nuts and bolts of how blockchain [and] cryptocurrencies worked at the same time that it allowed me to get a small passive income and then take that money and … put it right back into the cryptocurrency market.”

Because the money he risks is provided by his mining, it’s all profit after he covers his electricity costs. “This cryptocurrency farming is really just so I have money to play with, so I can put money into the market and minimize my own risk while doing so,” Haddadi said. He estimates that he earns about $200 a week from his mining rig, but that can change considerably based on the market for various cryptocurrencies.

Haddadi’s average day requires relatively little effort to keep his mining rig running smoothly. “I only have to check my rig once a day for five or 10 minutes to ensure that it’s running smoothly,” Haddadi said. “[There’s] really not that much of a daily commitment. Most of the intensity is the actual setup process.”

Now that his rig is up and running, Haddadi can simply sit back and reap the rewards. “That’s the great part about it,” he said. “It just kind of sits there. I’m talking to you right now and I’m making money.”

Create Passive Income and More: Things You Must Do If You Want to Retire Early

But Trading Cryptocurrencies Requires a Close Eye on the Markets

Though the time investment in the rig might be minimal after it’s all set up, keeping up to date with the rapid pace of developments in the market for cryptocurrencies isn’t easy. “My time is mostly spent not so much on the maintenance of the rig, but studying the industry,” Haddadi said.

The dramatic rise and fall of cryptocurrencies means that miners have to be ready for their prospects to change on a dime. “Right now, I’m very exposed,” Haddadi said. “My payout is based on the market. Maybe one week it’s a couple of hundred dollars. Maybe next week it’s half of that. … That’s the nature of a brand-new market.”

Right now, setting up a computer or two and letting the money roll in sounds like a pretty sweet deal. Hypothetically, anyone can do it. “I would definitely say that a person could jump into it right now,” Haddadi said. “It’s not too late to get into cryptocurrency farming.”

Caveats do exist, though. The cost of a rig runs between $3,000 and $6,000, according to Haddadi. And that’s mostly just to secure the GPUs. Actually setting the rig up requires knowledge of assembling computers from parts. Even for someone with experience building computers, like Haddadi, mastering the specifics of a mining rig likely requires going even deeper in your research.

“I spent maybe a month and a half on YouTube just watching every video I could to figure out how to build this thing,” Haddadi said of his rig. Purchasing pre-built rigs is an option for people who aren’t as tech savvy, but the costs can be prohibitive. They typically add about 50 percent more to the total price tag, Haddadi said.

For a miner like Haddadi, the thrill and potential profit from living at the bleeding edge of this new technology makes mining worthwhile. For others, the investment required might seem too high, particularly with such an uncertain future. Either way, it’s hard to imagine that the cryptocurrency craze is going away anytime soon.

In the meantime, Haddadi enjoys getting to chase the potential for large returns. One week of output from a rig like Haddadi’s, held in bitcoin from January to mid-December of 2017, would have risen in value from $200 to more than $4,000. The potential to turn a small source of passive income into enough money to buy a car or put a down payment on a house makes mining cryptocurrency worth it for Haddadi.

“If I put my money in the right places, that small, little bit can grow to a lot,” he said.

Up Next: 9 Fastest Growing Industries to Invest in for 2018 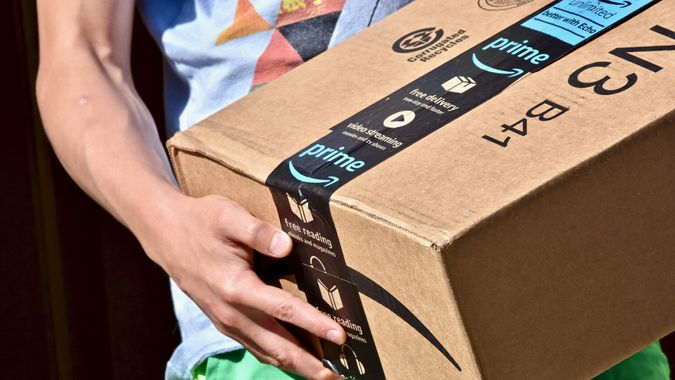 What Can You Buy With Bitcoin? 20 Surprising Things

Find out what you can pay for with bitcoin.

> Investing > Crypto > Inside the Life of a Real Cryptocurrency Miner