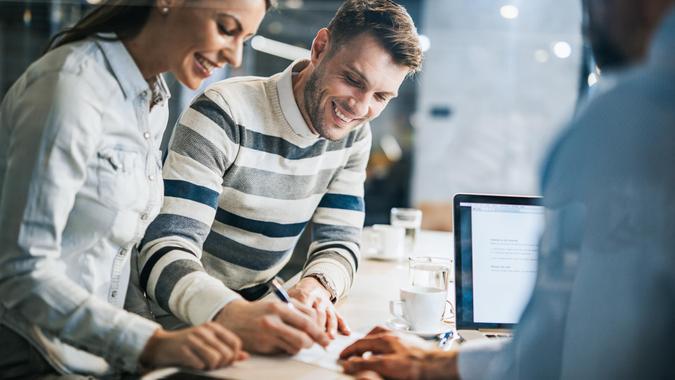 The COVID-19 pandemic had a major impact on home buying patterns over the past year, with about one-third of respondents saying they considered buying a home but ultimately decided against it, according to a new survey from mortgage provider ServiceLink.

See: Home Values Are Rising in Your Area — Is Now a Good Time to Buy?
Find: How to Buy a House Out of State

The “ServiceLink State of Homebuying Report,” conducted in partnership with researcher Market Cube, surveyed 1,000 homeowners nationwide. Among its findings was that COVID-19 “dramatically shifted” the way people bought and sold homes.

“Like many industries, the real estate industry was forced to quickly pivot to adapt to social distancing, mask requirements and shutdowns,” the report said. “With market conditions and economic uncertainty, it is not surprising that more than half (55%) of those who wanted to buy this year, but ultimately didn’t, cited financial-related concerns as their reason (either options were too expensive or their financial situation changed). For those who did buy, upsizing (or the need for more space) was among the top reasons for many, likely as they shifted to working from home.”

Despite so many respondents choosing to forgo home purchases over the past year — and even in the face of record low housing inventory — demand overall was high. Total year-end sales volume for the year hit 5.64 million units, the highest level since 2006. The COVID-19 pandemic likely kept those numbers from pushing even higher. Eleven percent of survey respondents purchased a home in the last 12 months.

See: What Adds More Value to Your Home — Indoor or Outdoor Upgrades?
Find: How to Refinance a Mortgage

Although the pandemic came during a period of historically low interest rates, the survey found that many homeowners chose not to refinance for better terms. Meanwhile, lockdowns and social distancing measures forced many shoppers to use virtual tools and other technology — a trend that might keep growing even in a post-COVID world.

As the year progresses, consumers “will have to be nimble and willing to adapt to the complexities of the market as interest rates and inventory are likely to fluctuate in the future,” the report concluded.