The stock market has been a tremendous creator of wealth. Over the last 10 years, the S&P 500 index has returned nearly 12% per year, on average. Those who have been invested just since the beginning of 2019 have enjoyed tremendous gains, with the S&P 500 index jumping by more than 20% as of July 22. And yet, a GOBankingRates survey revealed that more than 47% of Americans aren’t investing their money. Some would-be investors claim they don’t have enough money to invest, and others get more reluctant to invest the higher that the market goes. To help combat all of these worries, GOBankingRates analyzed the best stocks to buy and compiled a list of 5 cheap stocks that you can own right now.

This guide to cheap stocks to buy will cover:

What Is a Cheap Stock?

When looking for cheap stocks to buy now, don’t just look at the stock’s price. Although it might be a bit counterintuitive, stocks with the lowest prices can be among the most “expensive” you can buy.

In the parlance of the stock market, a cheap stock is one that is not yet fully valued, based on its expected growth rate. So-called “penny” stocks, which trade for less than $1 per share, seem cheap but are typically quite expensive, as many of the companies behind those stocks are on their way out of business. On the other side of the coin, even Berkshire Hathaway, a stock trading at $309,340 per share as of July 23, 2019, can be “cheap” based on numerous stock market measures, as this guide will explain.

How To Determine If a Stock Is Cheap

The best cheap stocks are those that are inexpensive on a relative basis. One of the most commonly used valuation metrics is the price-to-earnings ratio, or P/E ratio. To calculate a P/E ratio, simply take a company’s stock price and divide it by the company’s net earnings. In a general sense, stocks with a high P/E are considered “expensive,” and those with a lower P/E are considered “cheap.”

But a P/E ratio doesn’t tell the whole story. Some stocks, such as high-growth tech stocks, will nearly always have a high P/E ratio, whereas others, such as bank stocks, will nearly always have a low P/E ratio. Does this mean that you should only buy bank stocks and never buy tech stocks? The obvious answer is no, as high flyers like Amazon have generated astronomical gains for investors. From February 2009 to February 2019, for example, a $1,000 investment in Amazon grew to more than $23,600. JP Morgan Chase, the largest bank in America, only rose from $25.00 per share to $103.88 per share from February 2009 to February 2019.

Understand: What Is the Net Worth of a Company?

Still other investors analyze company cash flows to determine if a stock is cheap. Net cash flows, cash from operations and free cash flow are just a few of the cash flow metrics used to analyze a company’s value. Essentially, the more cash a company can generate, the better it can fund its expansion, pay dividends to shareholders and pad its cash reserves to withstand any economic downturns. A company with a low price relative to cash-flow measures is less expensive than one with a higher ratio.

Don’t Miss: How To Use Quarterly Earnings to Your Advantage

Thanks to the internet, it has become much easier for investors to use metrics to look for cheap stocks. Numerous online sites provide all types of financial data about companies, and good ones allow you to screen stocks by any number of factors, such as P/E, free cash flow and price-to-book value.

One of the more popular stock screeners is offered by Finviz. Using the screener tab, you can filter companies by a large number of metrics, from market cap and average volume to price, analyst recommendations and dividend yield, among many others. You can then sort the filtered stocks by any metric to rank them according to your own personal search criteria.

Most online brokerages, including Schwab and Fidelity, also offer some type of online stock screener for their clients.

Learn: How To Buy Stocks Online or With a Broker in 4 Steps

To help with your search for cheap stocks to buy now, GOBankingRates used the screener at Finviz, along with insights from industry analysts, to put together a list of undervalued stocks that have appreciation potential going forward. Only large stocks, with market capitalizations of at least $10 billion, were considered. Stocks also had to trade above $5 per share and average at least a “hold” rating from analysts. Although nothing is guaranteed in the financial markets, and these stocks are likely to suffer just as much as others in the event of a recession or stock market correction, they currently qualify as cheap, based on industry metrics.

Marathon Oil is part of the volatile oil and gas industry. As a commodity player, the fortunes of the company can rise and fall with the price of oil. But analysts foresee earnings growth of 37.12% over the next five years, yet the stock trades with a forward P/E of just 17.92. The stock has one of the lowest price/earnings to growth ratios in our survey, at just 0.34. The stock is not always exciting, but by many metrics, it’s cheap.

Also Check Out: The 10 Best Stocks for Beginners for Under $100

Fifth Third Bancorp is one of many financials that meet the definition of a “cheap” stock. But Fifth Third stands out for a number of reasons. For starters, its price-to-book ratio is just barely over 1, indicating a very cheap stock. The forward P/E ratio for the bank is just 9.66 times earnings, even though earnings growth over the next five years is projected at 13.11%. Add in a dividend yield of 3.25% and Fifth Third looks like a value by many metrics.

CBS Corporation is a broadcaster familiar to almost everyone in America. Although the company sports a lofty price-to-book ratio, this is common with companies that have a lot of intellectual property or intangible assets. CBS thrives on its content and delivering that content to consumers. Analysts foresee annual earnings growth of nearly 15% over the next five years as the company moves into streaming and other distribution avenues. With a forward P/E ratio of 7.93 and a PEG ratio of just 0.44, CBS stock is cheap by traditional metrics.

Delta Airlines has been on a tear in 2019, but it still remains cheap by traditional metrics. Delta sports a forward P/E of 8.36, and with a projected five-year earnings growth rate of 14.27% annually, its PEG ratio is very low at just 0.65. Delta is an economically sensitive stock, so if and when a global recession occurs, the stock could take a hit. But, for the foreseeable future, analysts project great things for the company. As a further endorsement, Warren Buffett, the world-famous investor known as the “Oracle of Omaha,” is the company’s largest shareholder. The stock’s 2.59% dividend yield is the icing on the cake.

Yes, Amazon trades at nearly $2,000 per share. Yes, Amazon has a trailing P/E ratio of over 84 times earnings and a forward P/E ratio of nearly 52 times earnings. And yes, Amazon is cheap. Analyst Michael Levine of Pivotal Research, as quoted in Barron’s, sees Amazon trading at $2,750. Even the average analyst pegs the stock at $2,229. No fewer than 51 analysts have the stock as a “buy,” with only one recommending investors sell the shares. The reason for so much optimism? Amazon is moving toward “total retail dominance,” in the words of Levine, and analysts project a 61% growth rate for the company over the next five years. In other words, even at such lofty valuations, if Amazon continues to control the retail industry, it’s still undervalued.

See More: Stocks That Would Have Made You Rich Today

Finding the Right Balance of Stocks

There’s no such thing as a crystal ball on Wall Street. Even stocks that appear undervalued with high growth prospects might not go up in value, for any number of reasons. For example, in a market selloff, few stocks can rise against the tide and go up. Some companies simply fail to live up to projections. And others are destined to remain “undervalued” for years, simply due to investor sentiment.

But you increase your chances for a winner by finding stocks with strong growth prospects that trade for a low price, by whatever metric you decide is the most appropriate. Remember that diversification in the stock market is your friend, so don’t put all your eggs in one basket, no matter how low a valuation you calculate for a stock.

Up Next: Stocks To Keep in Your Portfolio for the Next 30 Years

John Csiszar has worked for over 18 years in the financial services industry as a Certified Financial Planner and a Registered Investment Adviser. He has experience working both for a global wirehouse and his own RIA firm. 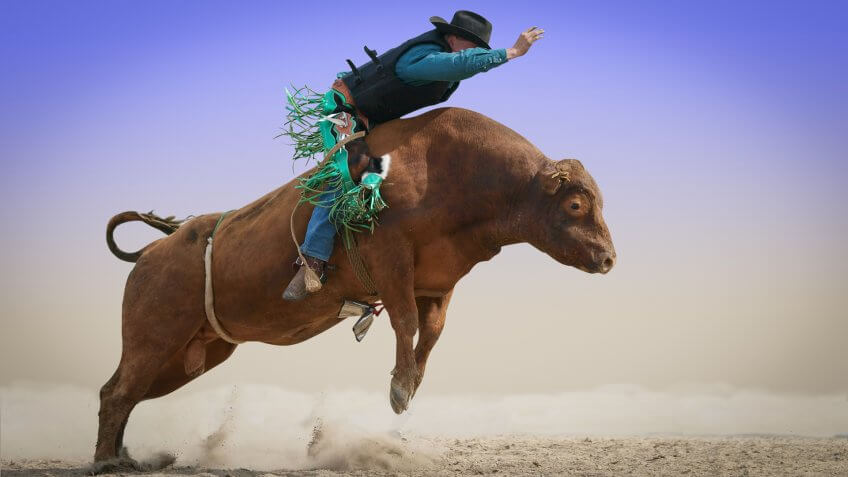 You might find success with some of these stocks that dropped.