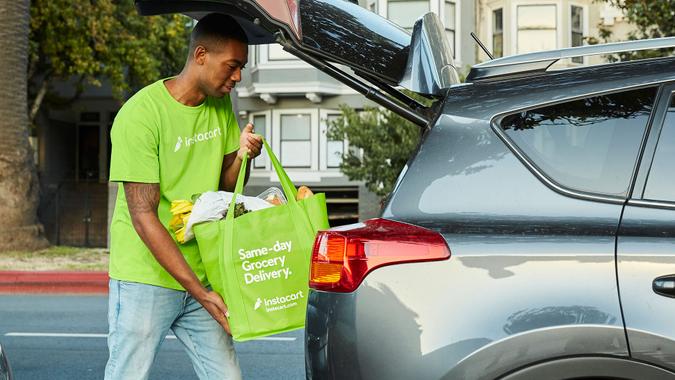 Grocery-delivery company Instacart announced that it raised $265 million in a funding round that valued the business at $39 billion. This is more than double its valuation after a funding injection five months ago that raised $200 million at a valuation of $17 billion, which represented a doubling in value then.

See: Instacart and the Craziest Valuations of the Year
Find: AmazonFresh, Instacart and More: The Best Grocery Delivery Service for Your Budget

Instacart has been a major beneficiary of pandemic social distancing. More people have looked into delivery for some or all of their shopping, so Instacart services have been in demand. High unemployment made it easy to recruit shoppers, too. The company provides delivery for 300 different local and national retailers including Albertson’s (NYSE: ACI) and Target (NYSE: TGT). Now that so many people have tried delivery services, they are likely to continue using them when pandemic restrictions ease because of the convenience.

See: Instacart and Trader Joe’s Are Paying Their Employees to Get Vaccinated
Find: Will Delivery Services Stay Popular Through 2021?

With this money in place, the company can finish its preparations for its likely IPO, expected to be led by Goldman Sachs (NYSE: GS). Instacart has been hiring for its executive team and adding board directors who have public company experience.