Why You Shouldn’t Worry About an October Stock Market Crash 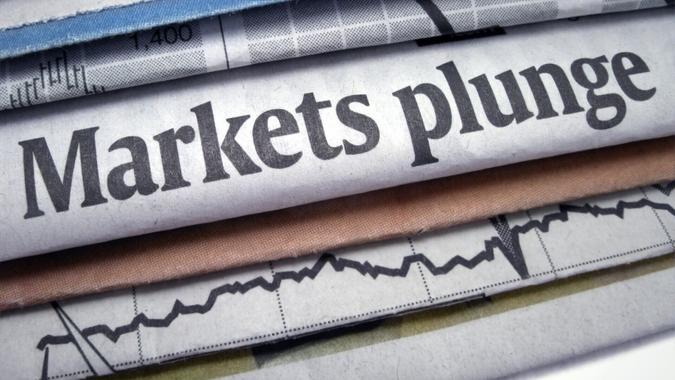 We’ve been hearing the whisperings for weeks. A prospective government shutdown, the ongoing debt ceiling debate, combined with U.S. Treasury bond yields continuing to rise, seems like the makings of an almost-perfect storm for a stock market crash this month. Plus, the market “always” crashes in October. Or does it?

See: What Is a Stock Market Crash? What You Need To Know To Protect Your Investments
Find: ‘Rich Dad’ Author Robert Kiyosaki Recommends Bitcoin Investments Before ‘Biggest Crash in History’

Historically, October 1929, 1987 and 2008 all brought stock market crashes. But that leaves many years in between where nothing noteworthy happened on Wall Street. Ryan Detrick, chief market strategist at LPL Financial wrote in a report quoted by CNN Business, “October is known for some spectacular crashes and many expect bad things to happen again this year. But the truth is this month is simply misunderstood, as historically it is about an average month.”

In his report, Detrick shared data showing that, prior to 2000, October was the seventh-best month for the S&P 500 since 1950. In this century, it has been fourth-best. Plus, with no major election this year, the odds for a positive October are even better. Since 1999, the S&P has gained 3.6% in odd-year Octobers and dropped by 1.1% in even years, corresponding with presidential elections, CNN.com writes.

To say it’s been a rough year, economically, would be an understatement, with the global pandemic, inflation and supply chain issues all affecting companies, individuals and the market, alike. It could lead to a volatile fourth quarter. But most experts do not believe we are heading toward another recession, according to CNN.com.

With resolutions to most of the problems that have plagued us the past two years on the horizon, most experts see the market trending upward for the long term.

In fact, the market staged a rebound when Congress agreed to increase the debt ceiling temporarily and avoid a U.S. debt default. The S&P 500 was up 1.5% Thursday, after earlier gains of 1.1% on Tuesday, and the Dow Jones Industrial Average gained 530 points, CNBC.com writes.

Tech stocks, too, fared well after Monday’s sell-offs, with investors seeking to take advantage of deals in big tech. Even Facebook, which faced a rough start to the week with worldwide outages of its social media platforms, gained 2% Tuesday after Monday’s 5% loss.