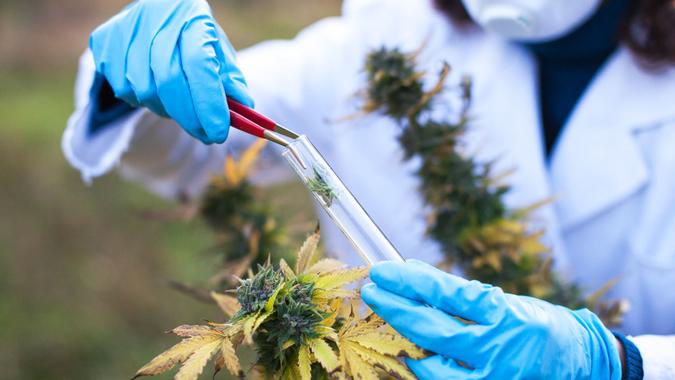 Retail traders on Reddit who pushed the AMC and GameStop stocks to soaring highs now have a new target: cannabis stocks.

See: Americans’ Savings Drop to Lowest Point in Years
Find: Marijuana Investing — How to Navigate the Opportunities and Pitfalls in This Budding Industry

One post on the Reddit forum WallStreetBets told users that shares of producers Tilray Inc. (NASDAQ: TLRY) and Aphria Inc. (NASDAQ: APHA) have “more room to rise,” which sent the shares surging today. That post was liked by 10,000 other users in just 12 hours, according to Reuters.

See: Learn from the GameStop Frenzy with This Quick Guide to Short Selling
Find: 10 Stocks Set To Soar in 2021

The Democrats’ promise to end the federal marijuana prohibition is also fueling the cannabis rally.

See: What States Will Make from Marijuana Legalization
Find: Top Stocks to Consider as Biden Takes Over

“The War on Drugs has been a war on people — particularly people of color. Ending the federal marijuana prohibition is necessary to right the wrongs of this failed war and end decades of harm inflicted on communities of color across the country. But that alone is not enough. As states continue to legalize marijuana, we must also enact measures that will lift up people who were unfairly targeted in the War on Drugs,” the senators said in the statement.

The senators added that they are committed to working together to put forward and advance “comprehensive cannabis reform legislation.”

They plan to release a draft on comprehensive reform to ensure restorative justice, protect public health and implement responsible taxes and regulations in the earlier part of the year, according to the statement.