Before I learned about the low-cost index funds that have become my primary investment strategy, I worked with a financial advisor who steered me in a different direction. I rolled a 401k into an IRA invested in six different stocks and exchange-traded funds (ETFs) he suggested. But, as my knowledge about investing, my risk tolerance and my preferred approach grew, I started to re-evaluate the funds he recommended.

I knew my money was in the wrong investments. I knew I needed to get $7,500 out of two funds that were underperforming the market and were not part of my long-term allocation strategy. I even knew the psychological traps behind why I couldn’t seem to just pull out my money and put it where I wanted it to go. And yet, I ignored all of that for one reason: I would lose $2,000, and I hated the idea.

I was succumbing to loss aversion — the idea that losing something you already have is less preferable than gaining something of equal or even greater value. I suffered from sunk cost bias, too. I had invested almost $9,500, and until I sold those shares, the $2,000 loss was just a paper value. Selling the investment would lock in the loss. Oh, and I was also trying to rationalize market timing — yet another investment trap I knew better than to fall into. I bought the shares at what would turn out to be close to the high-water mark for the next three years. My internal conversation went like this: “These ETFs are in energy and pharmaceuticals, which have to rebound at some point. I can just hang on until they do and cash out at close to what I paid for them.”

See: As a Millennial, I Was Terrified of the Stock Market — How I Overcame My Fears

I couldn’t simply take the loss and use it to offset gains because the funds were in an IRA, and the guidelines for taking a loss didn’t apply to my situation. So, for more than two years, I kept on hoping to see a big upswing that would lift these funds back into sight of black ink, until finally I realized thinking about the loss was causing me more stress than just accepting it and moving on.

How I Finally Did What I Knew I Needed to Do

So, I sold both positions almost nine months ago, took a $2,000 loss, moved the money into low-cost index funds and haven’t worried about it a moment since. Those funds are still down over $1,000 today.

More on Investing: The 15 Best Brokers for Your Investments

The whole point of a low-cost index fund strategy is to put your money into the market and not worry about it. I realized these two funds were the opposite of that. I was spending way too much mental energy worrying about their ups and downs. I also felt guilty that I was advising other people that I was having trouble following myself.

Read More: The 7 Must-Have Things the Best Brokers Have in Common 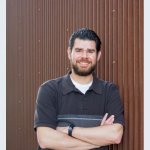 Scott Sherman is a financial coach and personal finance blogger who has written about the intersection of behavior and personal finance. His work has been featured in a variety of publications, and he coaches people across the United States on how to gain better control of their financial lives. Find out how to reach exponential growth with your investments.