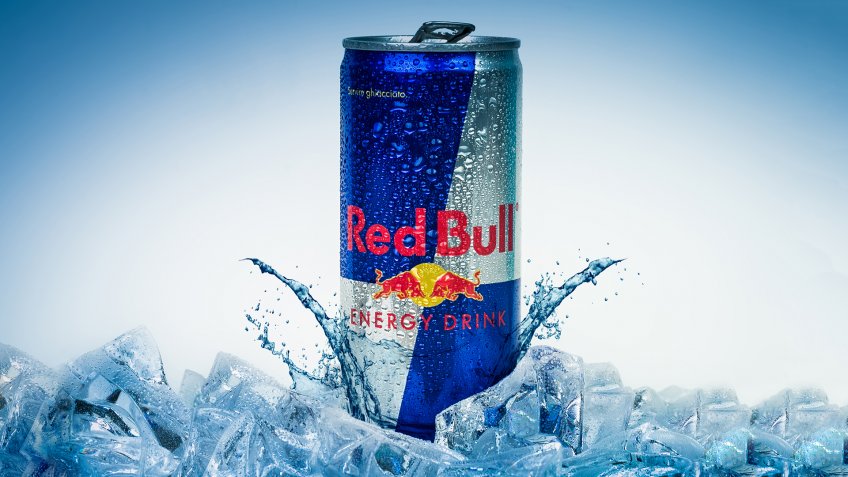 Major companies have the resources to pay for top-of-the-line legal teams and financially endure litigation for years — but they don’t always come out victorious when they are sued. Large companies like McDonald’s and Enron have had to pay out millions — and sometimes billions — as part of lawsuits and class-action settlements. For some, the lawsuits have put them out of business, but many are able to carry on despite these major financial setbacks.

Find out why these companies were taken to court and how much some of their biggest failures cost them. 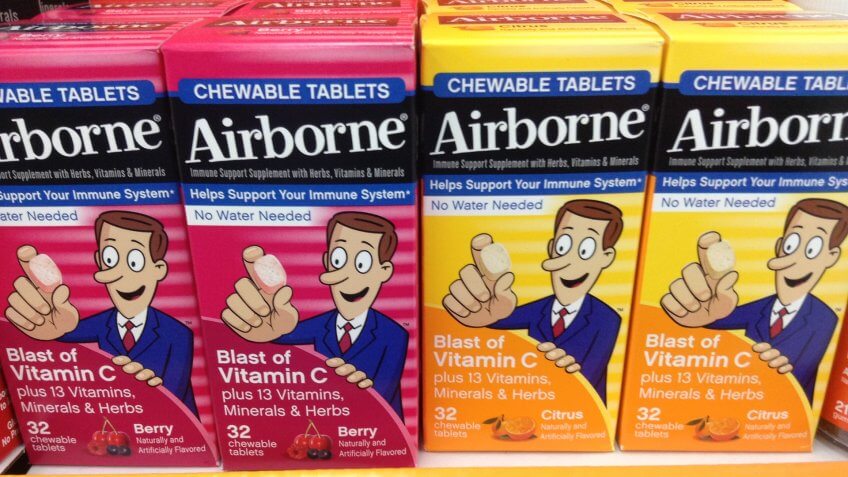 In 2008, Airborne agreed to pay $23.3 million to refund customers who bought the product, though the company did not admit to any wrongdoing, NPR reported. David Schardt, a senior nutritionist with the Center for Science in the Public Interest, brought a class-action lawsuit against Airborne for making misleading claims that the remedy can ward off colds and boost your immune system. Schardt argued that there was no scientific evidence for either claim. The court ruled in his favor. 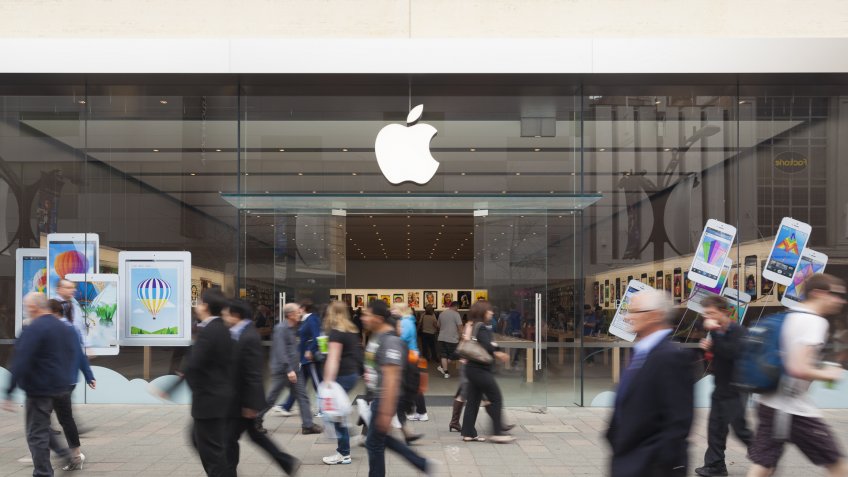 In 2016, Nokia sued Apple for patent infringement, claiming that Apple has relied on its patents related to software, video coding, chipsets, display, UI and antenna for years dating back to the release of the iPhone 3GS, TechCrunch reported. The companies settled for an undisclosed amount in May 2017, but Nokiamob reported that Apple ended up paying Nokia a whopping $2 billion. Despite the lawsuit, the companies buried the hatchet and agreed to what will hopefully be a lucrative collaboration on technologies, and research and development for future projects. 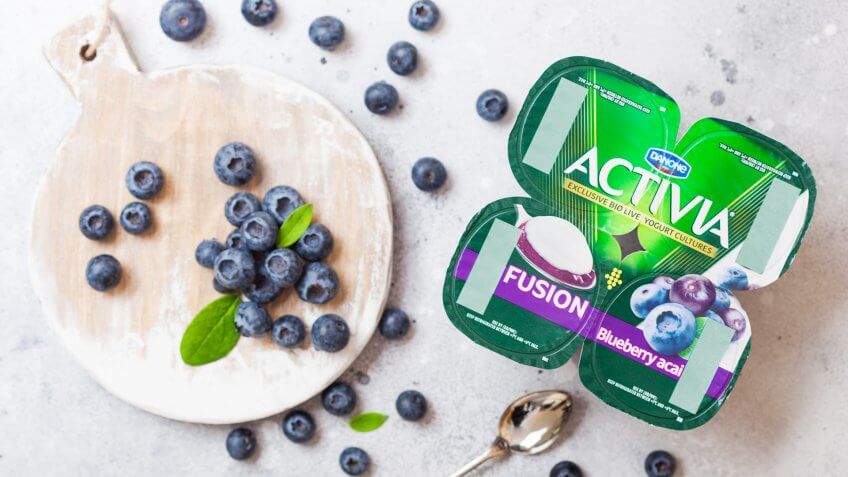 Dannon was ordered to pay up to $45 million in damages to consumers under the terms of a class-action lawsuit that was settled in 2010, which found that the company had been falsely advertising the alleged health benefits of its Activia and DanActive yogurts as being clinically and scientifically proven.

The company’s legal troubles began when Trish Wiener of Los Angeles filed a federal lawsuit against Dannon, stating that the yogurt did not improve her digestion, and yet the company was charging higher prices than other yogurts. She alleged that the company’s claims were false and deceptive, ABC News reported. 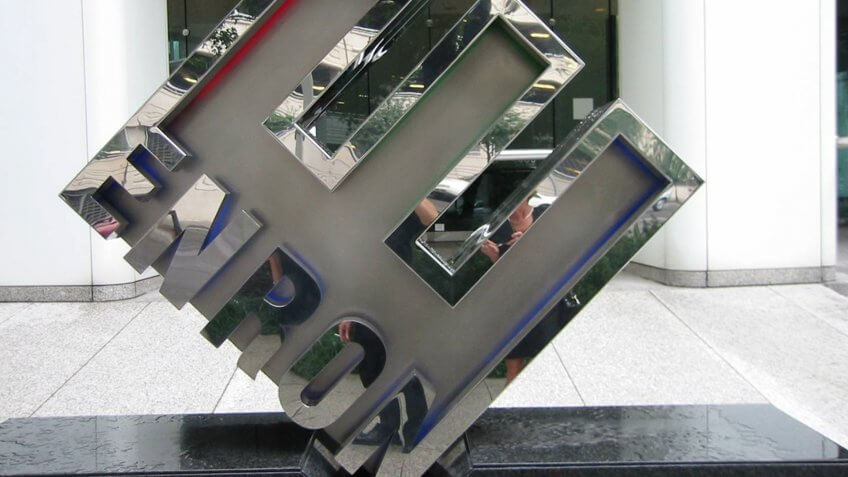 Energy company Enron collapsed in 2001 after its fraudulent accounting practices came to light. Then, in 2008, the company made history for being at the center of the largest settlement of a U.S. securities fraud case. As part of the settlement, Enron shareholders and investors were entitled to split more than $7.2 billion from financial institutions accused of playing a role in the company’s downfall. The settlement included payments of $2.4 billion from CIBC, $2.2 billion from JPMorgan Chase and $2 billion from Citigroup, CNN reported. 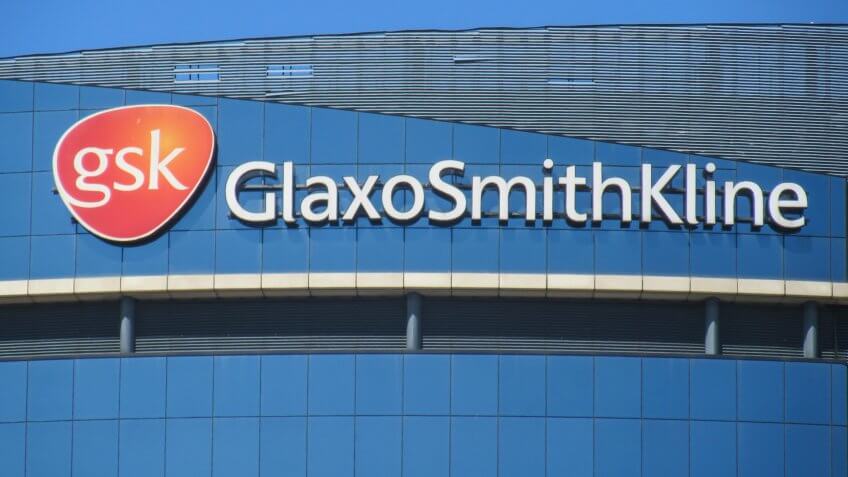 Wendy Dolin filed a lawsuit in 2012 against the drug company GlaxoSmithKline after her husband committed suicide after taking a generic version of the antidepressant Paxil. Although the drug’s label included a “black box” warning that the drug could increase the risk of suicidal behavior for users under age 25, Dolin’s lawyers alleged that GlaxoSmithKline had evidence that the active ingredient in the drug increased the risk of suicide by older users by as much as 670 percent. The jury ruled in Dolin’s favor, and GlaxoSmithKline was ordered to pay her $3 million, Huffington Post reported.

But this was just the tip of the iceberg. Later in the same year, the Department of Justice ordered the drug company to pay $3 billion as part of a criminal and civil case against it for misbranding Paxil and another antidepressant, Wellbutrin, as well as failure to report data to the FDA about the drug Avandia. 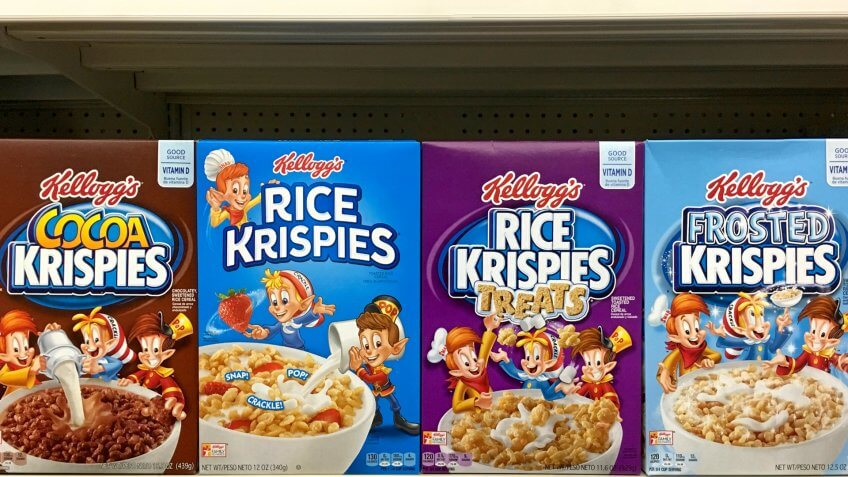 In 2009, Kellogg launched a new ad campaign and box design for its Rice Krispies cereal, making claims about the cereal’s ability to boost children’s immunity. The Oregon attorney general, the FTC and a number of private individuals took issue with the claim due to the lack of scientific evidence to support it. The various lawsuits were rolled into one class-action lawsuit, and in 2011, Kellogg settled for $5 million — $2.5 million would be paid to consumers, and $2.5 million worth of Kellogg’s products would be donated to charity, Lexology reported. 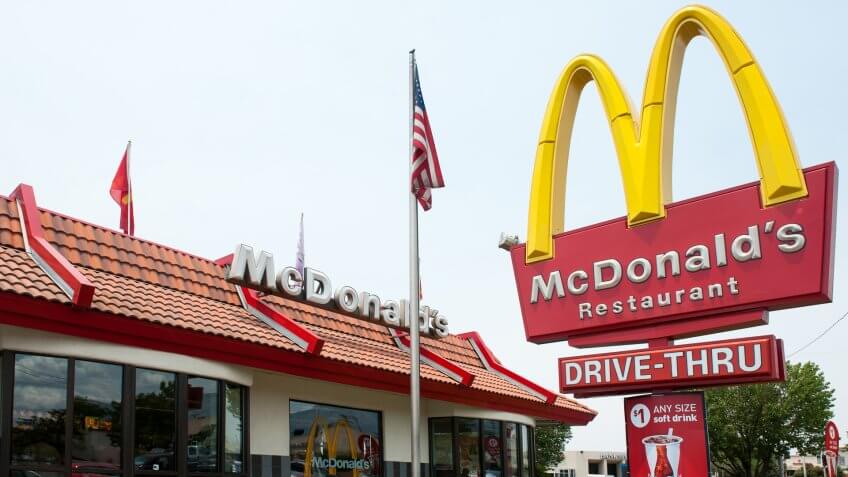 In 1992, 79-year-old Stella Liebeck of Albuquerque, N.M., sued McDonald’s after the fast food chain’s coffee caused severe burns when she accidentally spilled some onto her lap. Liebeck offered to settle the claim for $20,000, but McDonald’s chose to fight it. During the trial, it came to light that McDonald’s was serving their coffee at a potentially dangerous temperature — between 180 and 190 degrees — while most other fast food restaurants serve coffee in the range of 135 to 140 degrees.

Liebeck was awarded $200,000 in compensatory damages and $2.7 million in punitive damages, although those charges were reduced by the trial judge. Liebeck ended up settling with McDonald’s for an undisclosed amount, and McDonald’s lowered the temperature of its coffee, Huffington Post reported. 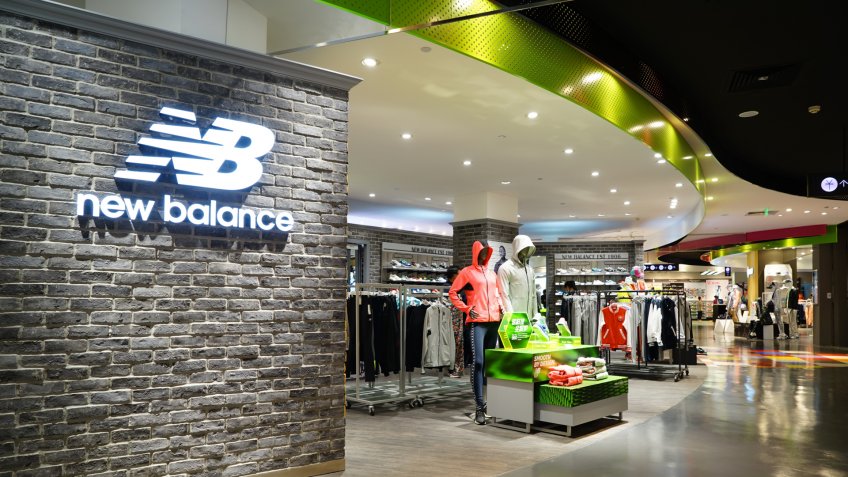 In 2011, Kimberly Carey, Victoria Molinarolo and Shannon Dilbeck sued New Balance for making claims that their TrueBalance and Rock&Tone shoes helped tone butts and burned 8 percent more calories than regular sneakers. The plaintiffs argued that not only were the claims false, but the shoes could potentially cause injury to the wearers. A Massachusetts judge sided with the women, and New Balance was ordered to pay $2.3 million — up to $5,000 for each of the women, and $100 refunds to customers who purchased the shoes, Huffington Post reported. 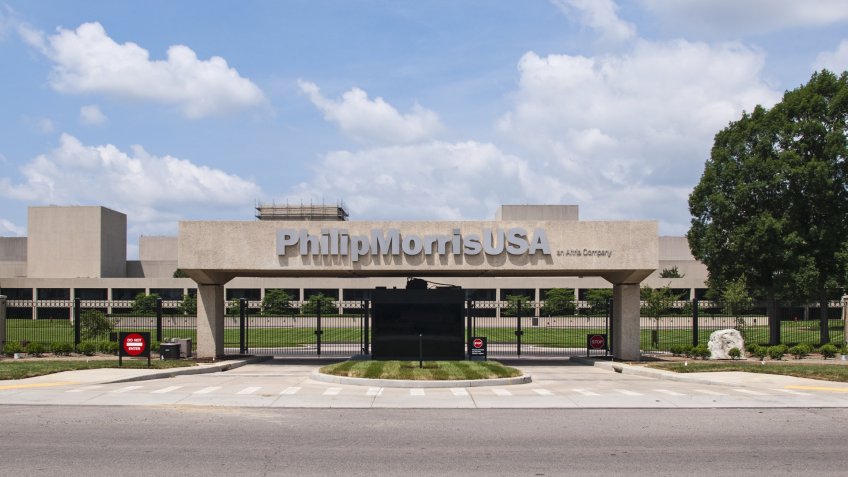 Philip Morris is the company behind some of the most well-known cigarette brands, and it’s one of the cigarette manufacturers that was sued by several U.S. states to recover the costs incurred to treat sick and dying cigarette smokers. The Master Settlement Agreement was reached in 1998, and it required the tobacco industry to pay the settling states billions of dollars annually forever, and imposed restrictions on the sale and marketing of cigarettes by the participating manufacturers. In Fiscal Year 2019, the participating states will collect $27.3 billion from the settlement and taxes.

Philip Morris has since re-branded itself to PMI, and is now focusing on the development and sales of its smoke-free tobacco products. 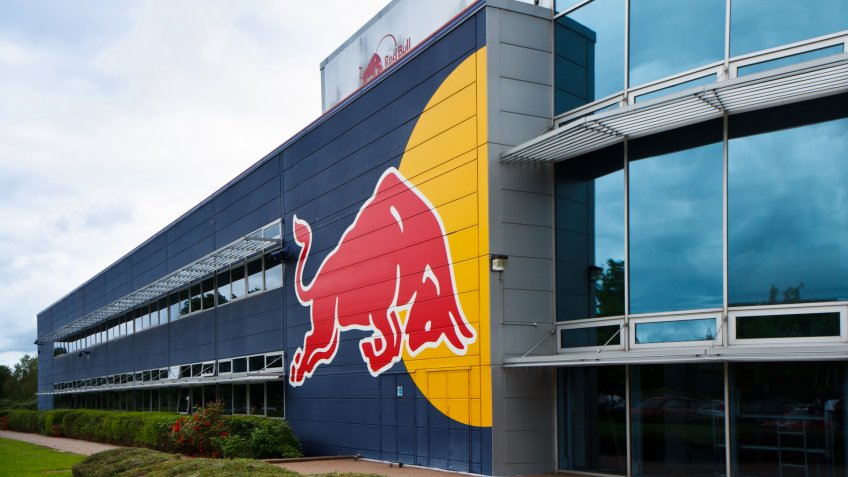 It turns out Red Bull does not give you wings. Benjamin Careathers filed a class-action lawsuit against Red Bull in 2013, alleging that the company’s claims that the energy drink increased performance, concentration and reaction speed were misleading. The company was ordered to pay $13 million in a settlement, which would be put toward a fund that would reimburse individuals who had purchased a can of Red Bull over the prior 10 years. Individuals could also opt to get two free Red Bull products in lieu of the cash, BevNET reported. 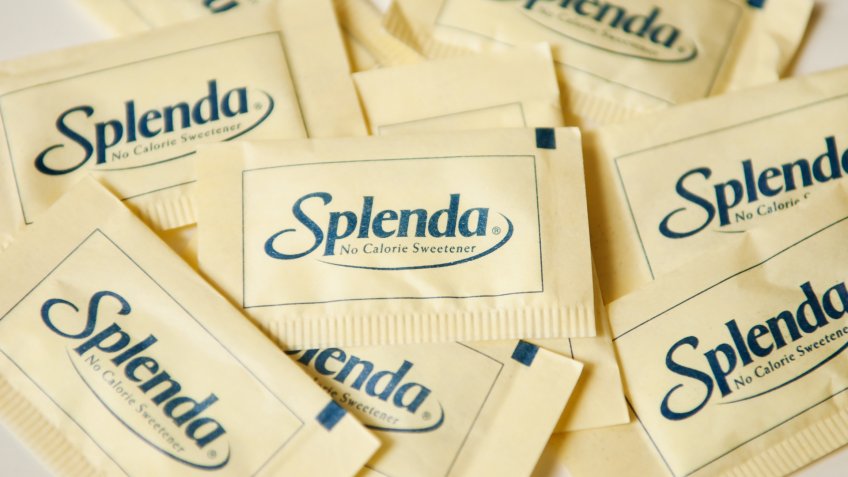 Splenda was sued by its rival Equal over claims that Splenda was misleading consumers into believing its product was more natural and healthier than other artificial sweeteners by using the slogan, “Made from sugar so it tastes like sugar.” Although the active ingredient in Splenda begins as pure cane sugar, it is chemically altered in the process and the end product contains no sugar. Merisant Co., which makes Equal, was seeking over $200 million in damages from Splenda’s parent company, McNeil Nutritionals. McNeil did settle the lawsuit, but the total they ended up paying was not disclosed, NBC News reported. 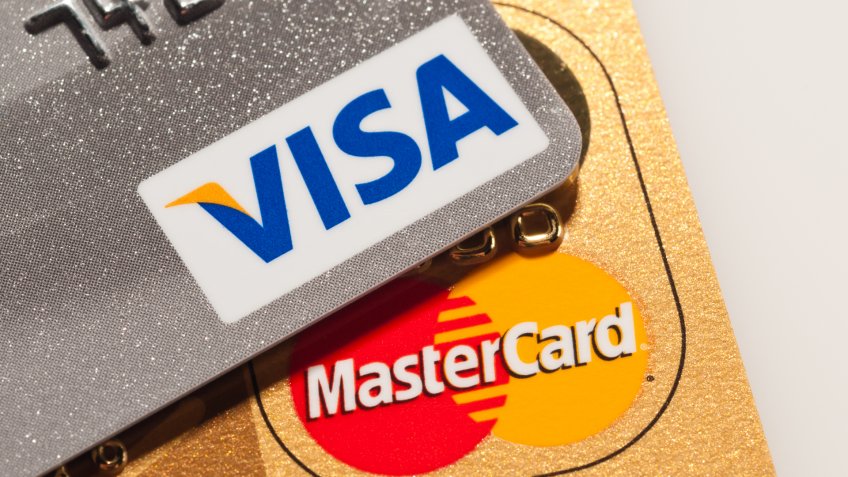 After 13 years of litigation, in 2018 Visa and MasterCard agreed to pay up to $6.2 billion as part of a class action lawsuit brought on by U.S. retailers over unfair swipe fees. The lawsuit claimed that Visa and MasterCard violated antitrust laws by fixing prices to benefit the banks. A settlement had previously been reached in 2012, but it was rejected by the retailers as being unfair and was overturned. The new settlement required Visa to pay an additional $600 million, and MasterCard to pay an additional $108 million, CNN reported. 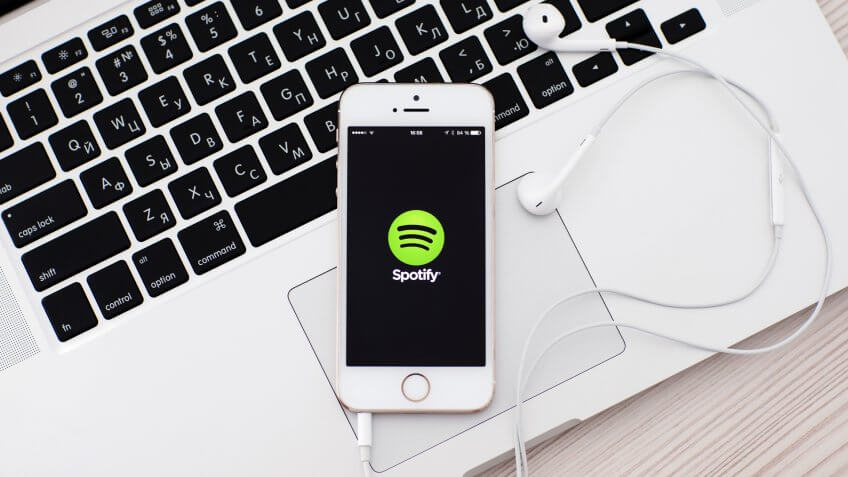 In 2015, the band Camper Van Beethoven and Cracker frontman David Lowery filed a lawsuit against Spotify for distributing songs without the proper licenses. The musicians asked for $150 million in damages as part of a class-action lawsuit, Billboard reported. Nearly three years later, Spotify settled and agreed to pay $112.5 million: $43.5 million would go to the artists who were directly affected, and the rest would be used to pay ongoing royalties and other fees when required, The Hollywood Reporter reported.

In 2016, car manufacturer Volkswagen agreed to a $14.7 billion settlement after it came to light that the company had been deliberately cheating on emissions tests. Up to $10 billion of that settlement was to be paid out to owners of the affected cars through buybacks, repairs and additional compensation, CNN reported.

Buybacks are continuing through the end of 2019. 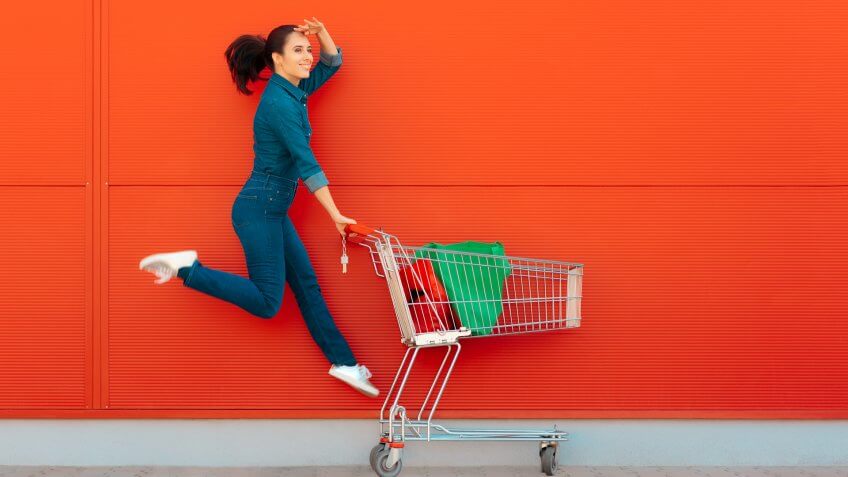 How Target, Kohl’s, Nordstrom and Others Sparked a Retail

With a few changes, some brick-and-mortar stores are thriving.