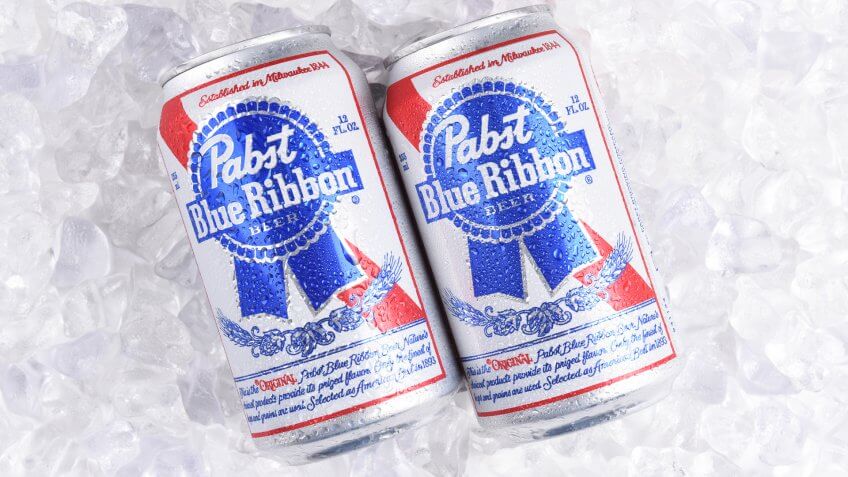 A company’s logo and tagline leave a lasting first impression with consumers that can either make or break a business. Good rebranding can effectively update a company’s look to reflect changing times and gain the attention of new customers. Make the wrong changes, though, and your company could attract the wrong kind of attention that ends up costing far more than the price of new logos.

Whether your company sees success from change, there are plenty of ways brands reinvent themselves — for better or worse. 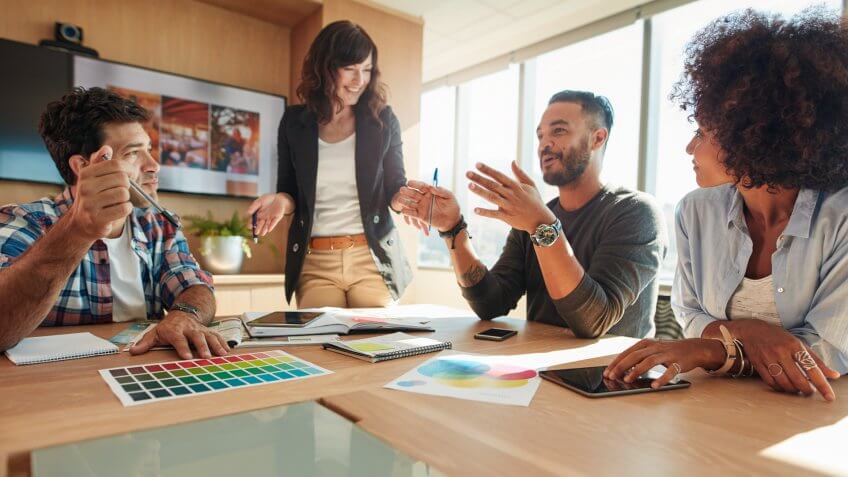 A company rebrand can be a good thing — providing it works.

Take a look at these companies that pulled off genius makeovers that rocketed them to a new level of success. 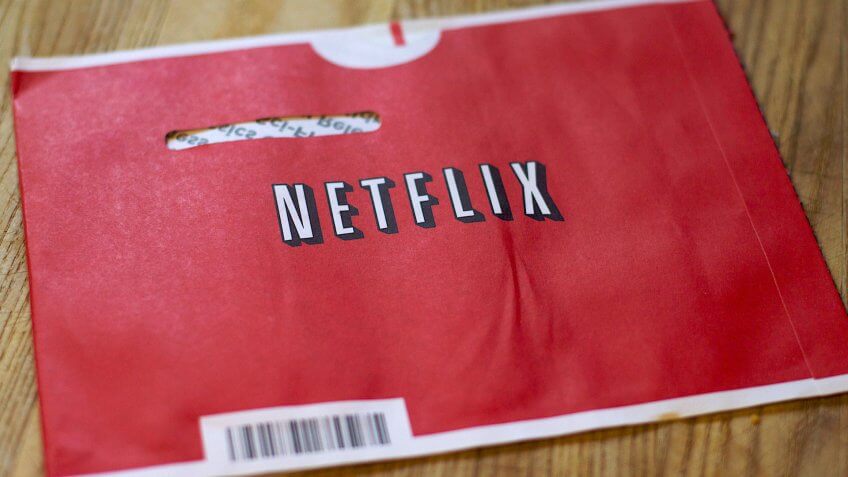 Remember when a Netflix subscription meant receiving bright red envelopes containing DVDs in your mailbox? The innovative company started up in 1997, saving you a trip to the not-yet-defunct Blockbuster Video. A monthly subscription fee was all it took to rent as many titles as you cared to watch. 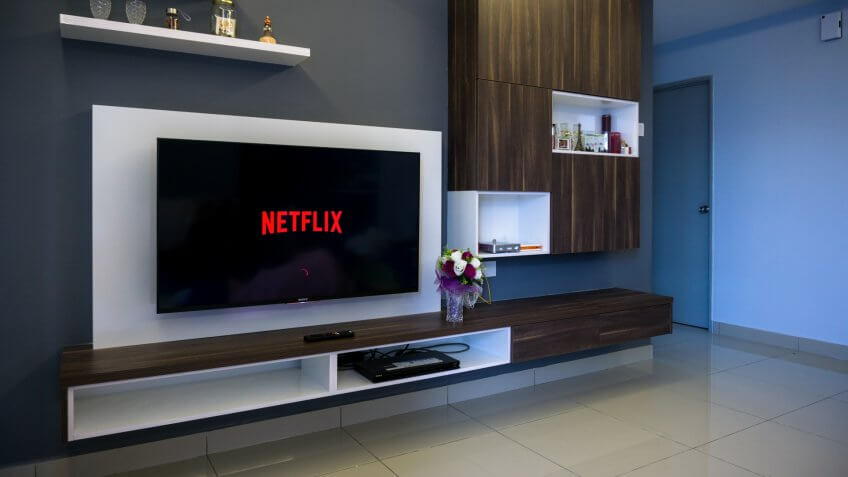 In 2007, Netflix entered the streaming market and ultimately laid the groundwork for a complete revolution of how Americans access their movies and TV shows. That process, though, wasn’t without some pretty significant hiccups.

Netflix rebranded its DVD-by-mail service as Qwikster in 2011 as part of its effort to continue phasing out DVDs in favor of streaming. Prescient? Absolutely. But also a little too “qwik” for its customer base — especially when it came with a substantial increase in price.

The move prompted an exodus of some 800,000 members and a disastrous 77 percent decline in the company’s stock. In the long run, the stock bounced back (and then some). Members returned, and the rebrand was a smashing success after some much-needed change. 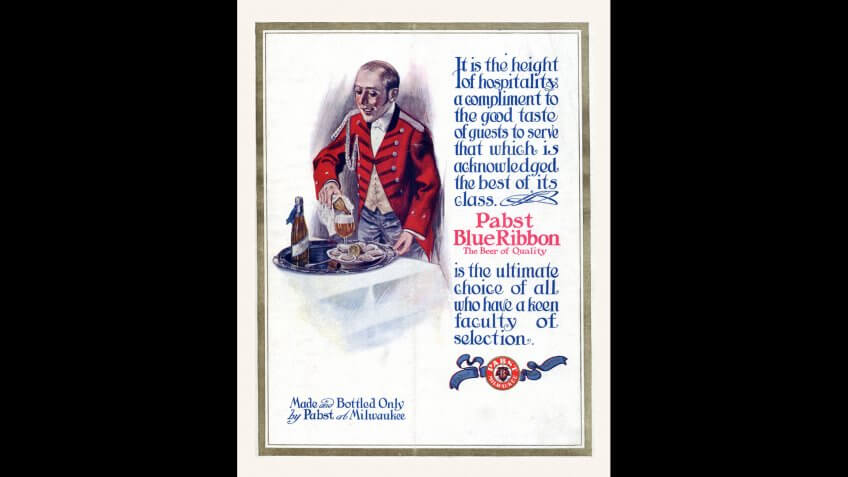 Since 1844, Pabst Blue Ribbon beer has been an inexpensive favorite brew in the U.S. As sales slid in the 1980s, the company changed owners several times. This led to the production of the famous red, white and blue cans moving to the Stroh’s plant in La Crosse, Wisconsin, and the Milwaukee operations closed down after 152 years in operation.

The company began working to rebrand itself in the early aughts by reaching out to a younger customer base. Low-key outreach like sponsoring counter-culture events and handing out keychains and T-shirts began a branding revolution in Portland, Oregon, that spread from there.

Pabst Brewing Company branding is now a hit with hipsters, and the company won the 2016 Large Brewery of the Year award at the Great American Beer Festival. And, perhaps more importantly, it reversed the trend that had the company selling under 1 million barrels in 2001. It clocked double-digit sales growth from 2009 to 2011, ultimately growing sales to 92 million gallons by 2012, almost triple its 2003 level. 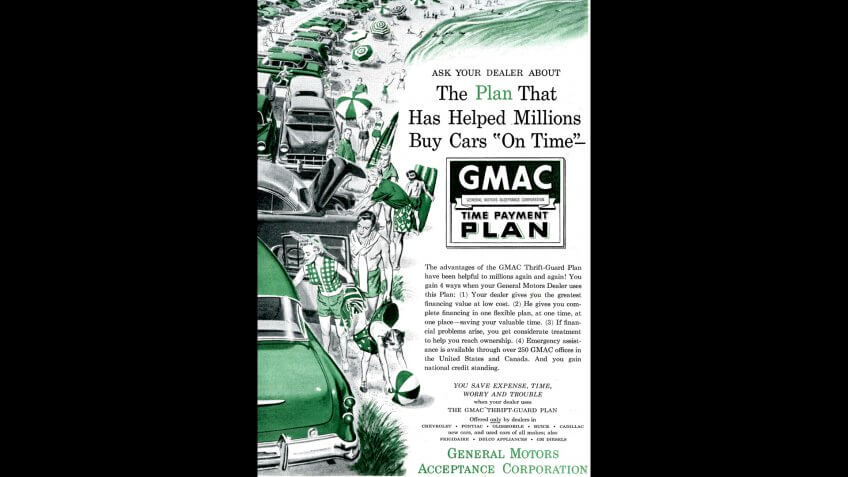 In the 1920s, cars were still a luxury, and most people had to buy with cash. General Motors created the General Motors Acceptance Corporation, or GMAC, which aimed to put more drivers in cars, financing 4 million vehicles by 1924.

By 2001, the company had loaned out $1 trillion across 150 million vehicles. The subprime mortgages made by GMAC thrust the company into financial trouble from 2008 to 2010, and it relied on $17.2 billion in government bailout money to keep its doors open. 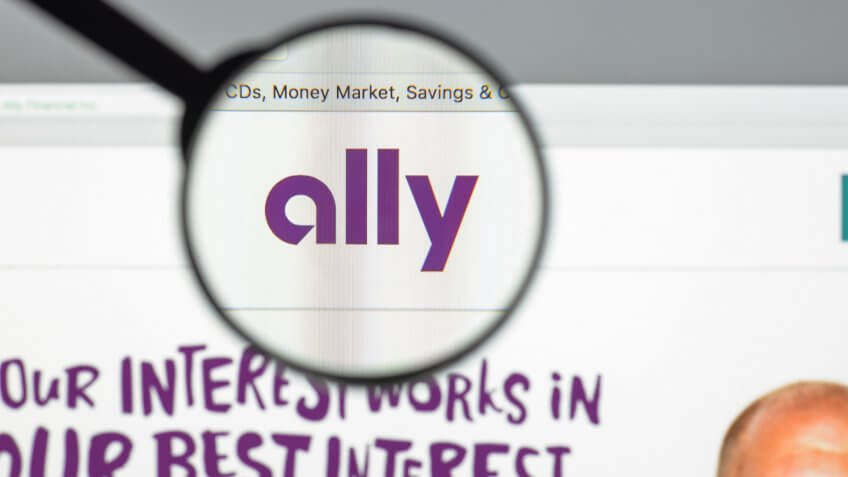 In 2010, GMAC rebranded itself into Ally Financial, completing its transition into a bank that was approved in 2008 by the Federal Reserve Board.

The company now offers banking services, credit cards, wealth management, home loans and refinancing. But Ally’s rebranding didn’t stop with a friendly-sounding name change. The company is known for its commercials featuring interviews with kids that hearken back to “Kids Say the Darndest Things.”

Thanks to its rebranding, the company’s made a big comeback — clearing $1 billion in profit in three of the last four years — and is arguably leading the charge for the future of online banking. 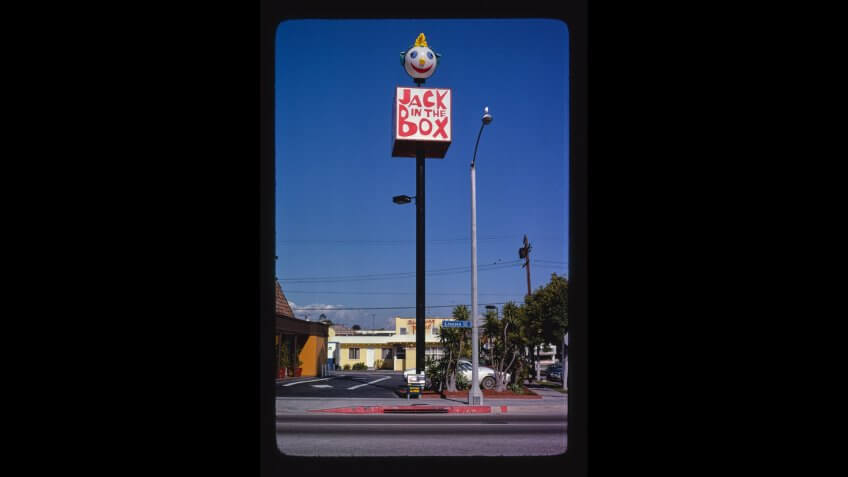 Jack in the Box Before

It didn’t take long for America to fall in love with a hamburger restaurant with a grinning clown jack-in-the-box presiding over the drive-thru. By 1979, people at more than 1,000 Jack in the Box restaurants were speaking into the faces of the mascot.

The company rebranded in 1980 with a more adult-oriented menu and a highly publicized commercial that blew up the clown. But the restaurant’s rocketing success screeched to a halt in 1993 when more than 700 cases of E.coli — including three deaths — were traced back to 73 of the chain’s locations. 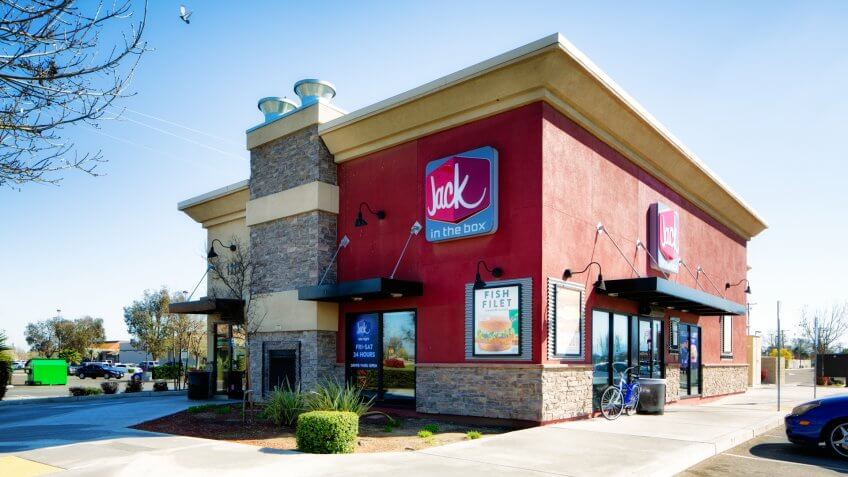 Jack in the Box After

The company’s fictional owner, Jack, debuted in the company’s commercials beginning in 1995. With an oversize ball-shaped head and rapier wit, Jack lured customers back to enjoy the adult-themed menu. Jack’s likeness roamed the streets on 32 million promotional antenna balls, and the restaurant has remained strong ever since. 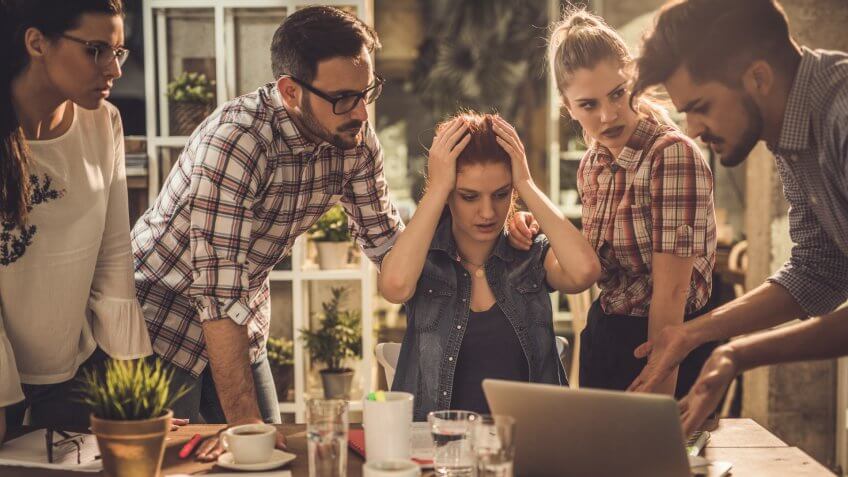 Sometimes, company rebrands turn out to be utter failures, leaving the business to struggle out of an even deeper financial pit. Check out these makeovers where companies ended up shooting themselves in the foot. 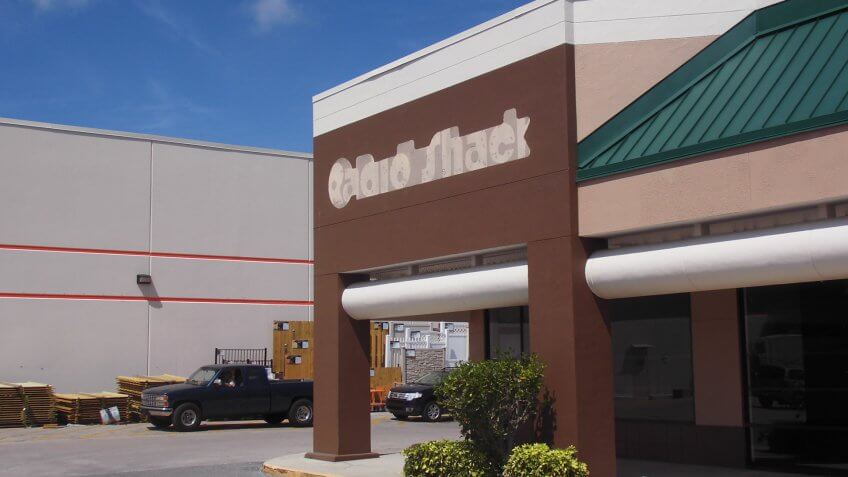 RadioShack has been around since the 1920s and was “the place” to buy the latest electronic gadgets such as CB radios in the 1970s or — briefly — the earliest models of mass-produced computers.

As IBM, Apple and Dell changed the game, RadioShack lost its identity and struggled to find a new one. Offshoot stores like Energy Express Plus, Video Concepts and Computer City rose and fell, and the company thought it was time for a major rebrand. 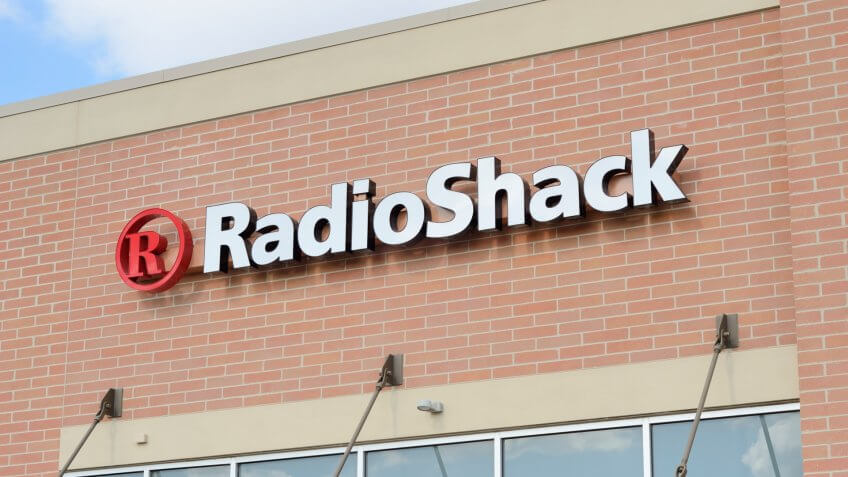 RadioShack After: The Shack

Trying a hip new rebrand as “The Shack” in 2009, RadioShack alienated its hobbyist customers with the pivot toward mobile phones, while still failing to attract the young, trendy crowd it was after. The company filed for bankruptcy twice — in 2015 and 2017 — and has since closed thousands of stores. At its peak, RadioShack had nearly 7,400 stores — and 5,200 as recently as 2014 — but now all but 28 of them are closed. 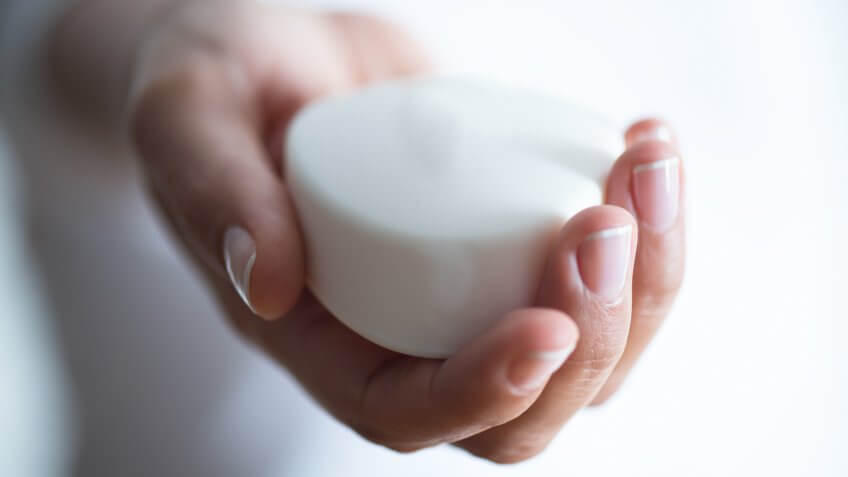 Dove soap launched their Dove Beauty Bar in 1957 to give women an alternative to soaps that dry the skin. After a 2004 global study revealed that 98 percent of women around the world wouldn’t describe themselves as beautiful, the company followed up with the Dove Self-Esteem Project designed to change the way girls ages 15 to 17 see themselves through educational programs. The project has reached more than 19 million girls in 112 countries. 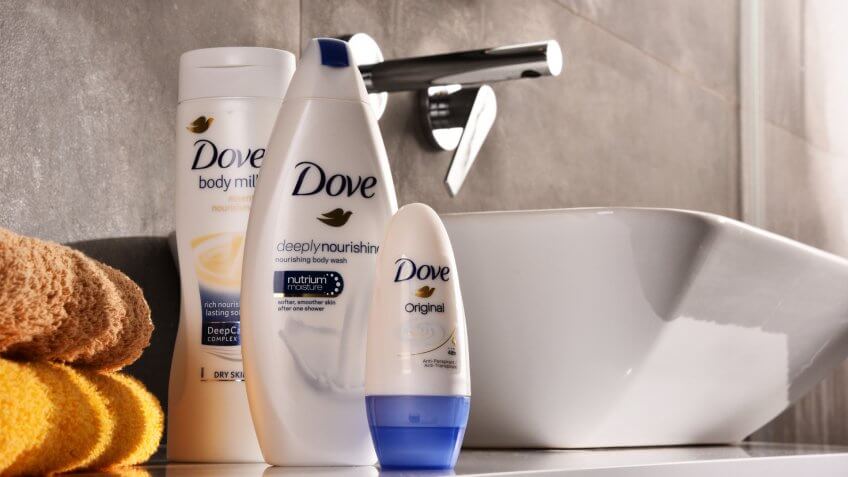 As Dove rebranded itself as a social conversation over the past decade, it received increased backlash from the public in light of ads that seemed to contradict its body-positive image.

In spring 2017, “Real Beauty Bottles” promised “there is no one perfect shape,” but the increased focus on body image offended consumers, who balked at having to “pick a body type” when buying the product. The second commercial blunder occurred in 2017, that offended the public as racist when a model appeared to change from having dark skin to white when using the product. 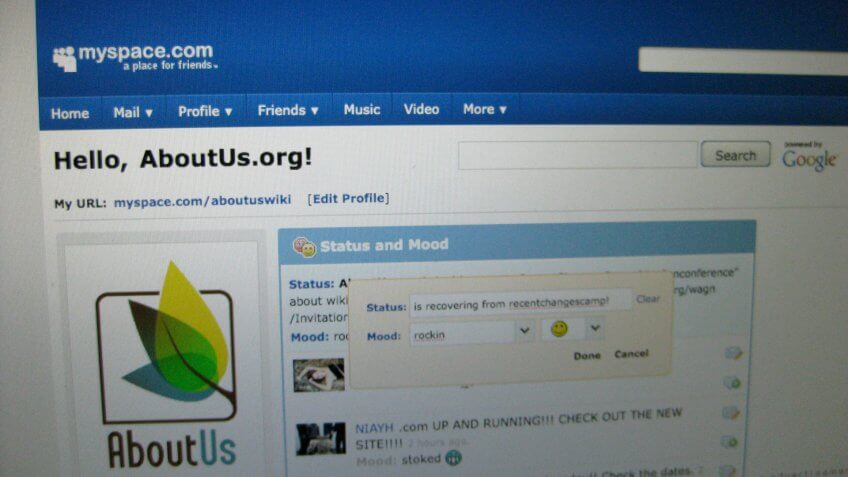 Myspace was on the cutting edge of social networking, created in 2003 and dominating the social networking industry until 2008. Enter Facebook, which eclipsed its competitor in users in June 2008.

Myspace dwindled in value and was sold for just $35 million in 2011 — about $550 million less than NewsCorp had paid for it just six years earlier despite the $250 million acquisition of Photobucket in May 2007. 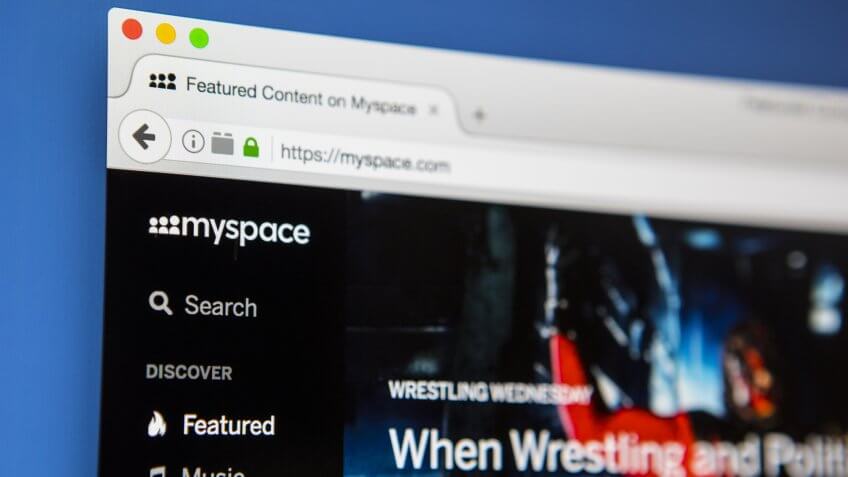 The 2011 sale of MySpace was to Specific Media but included a stake taken by Justin Timberlake, and the social network tried to pivot into a creative community where musicians, photographers and entertainers who gravitated to Myspace could connect with their fans.

Although still in operation, the social network sees a relatively small audience and doesn’t appear at all likely to return to its glory days. Particularly after a major glitch during a server migration resulted in the loss of any and all music uploaded prior to 2015. 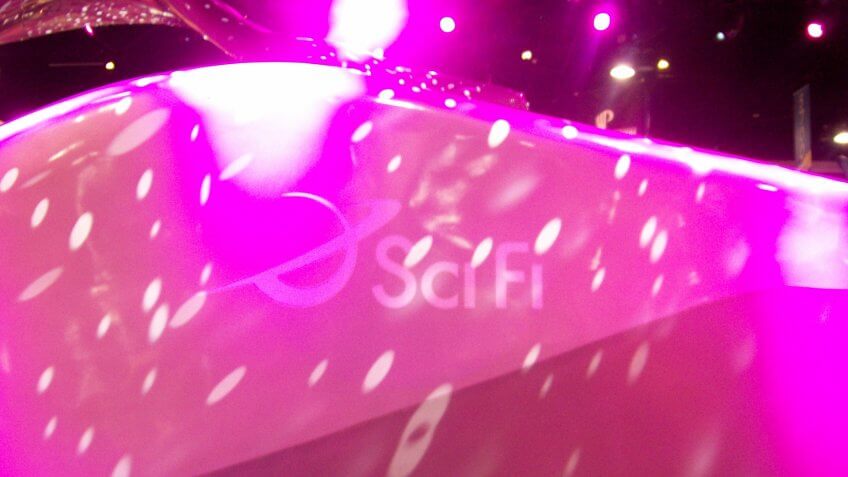 The SciFi Channel Before

Viewers with a science-fiction addiction gravitated to the SciFi Channel, which rolled out staples like “The Twilight Zone” along with a straightforward logo featuring a stylized image of Saturn that let you know exactly what you were getting.

However, the channel’s generic name meant that it couldn’t be trademarked, prompting executives to change it to Syfy in 2009. 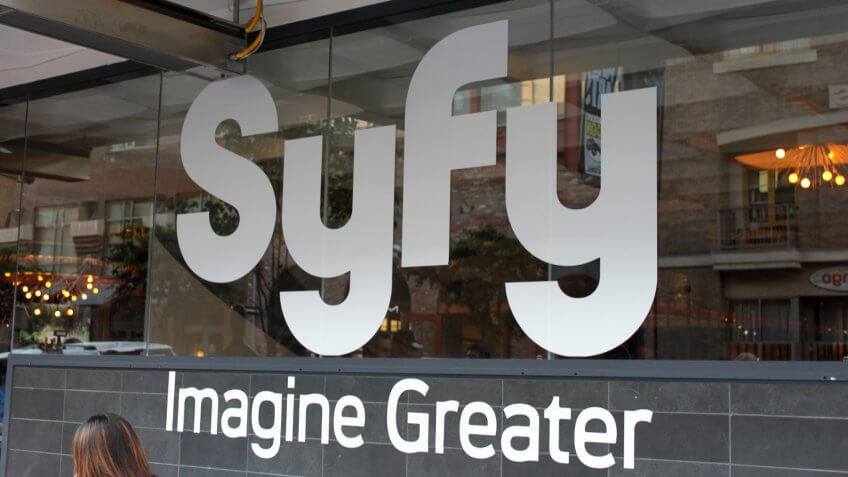 The SciFi Channel After: SyFy

Consumers balked at the 2009 change in name to Syfy, which Time declared one of the top 10 worst corporate name changes.

The network expanded to include action movies, reality shows and even professional wrestling, losing more fans along the way. The company’s latest 2017 brand strategy refocused the struggling channel on science fiction and fantasy along with a garish, blocky and in-your-face logo that harvested even more consumer scorn. 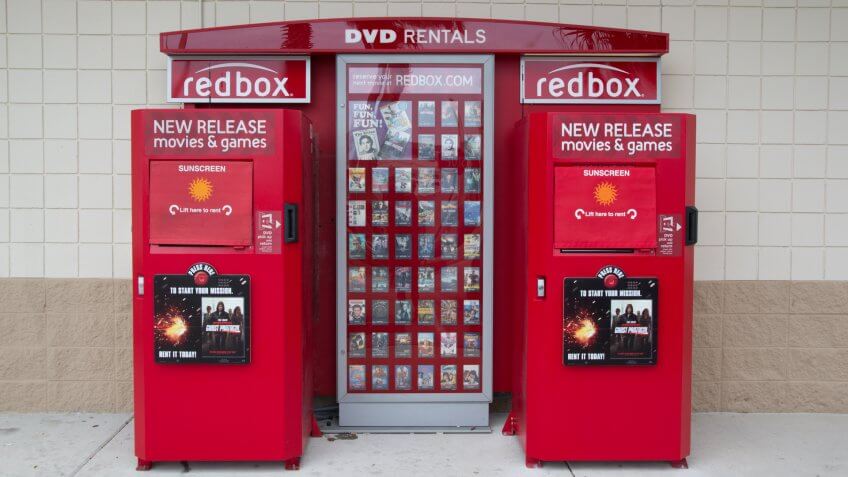 Shiny red Redbox kiosks conveniently located in Walmarts, grocery stores and convenience stores helped shutter the doors of Blockbuster and changed how the U.S. rented DVDs — renting its 1 billionth disc in 2010. But as more people “Netflix and chill,” rentals of physical DVDs has plummeted. 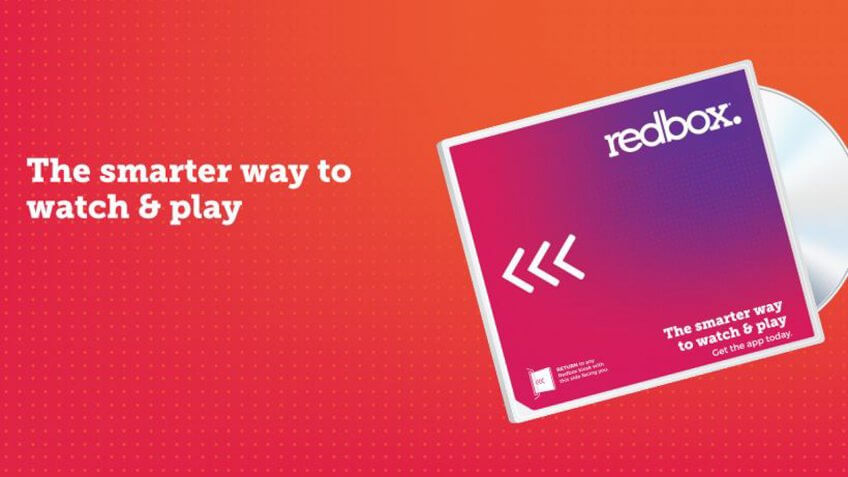 Redbox After: Redbox on Demand

In 2016, Redbox rebranded its logo and re-entered the streaming market (after the 2014 failure of Redbox Instant) in 2017 with Redbox on Demand. Unlike Redbox’s set $1.50 a day prices, Redbox on Demand rentals start at $2 for older titles, $4 for new releases and digital purchases going for $10 or more. And while those are competitive prices, they’re just for the standard def versions, with the HD-quality rentals of the most recent titles running $6 to rent or as much as $20 to buy. 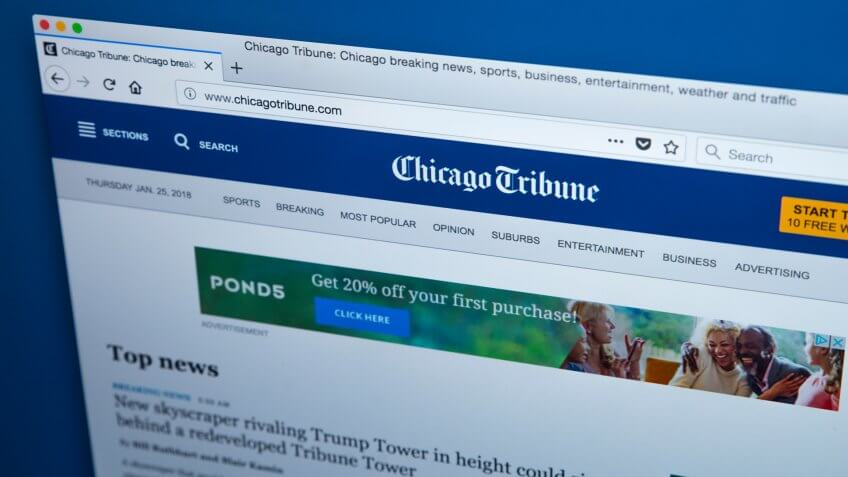 Newspaper giant Tribune Publishing had a long history and a stable of notable newspapers that include the Chicago Tribune, New York Daily News, Orlando Sentinel and The Baltimore Sun, among others. But like many news organizations in the digital age — despite remaining profitable — it has struggled to adapt to changing reader needs. 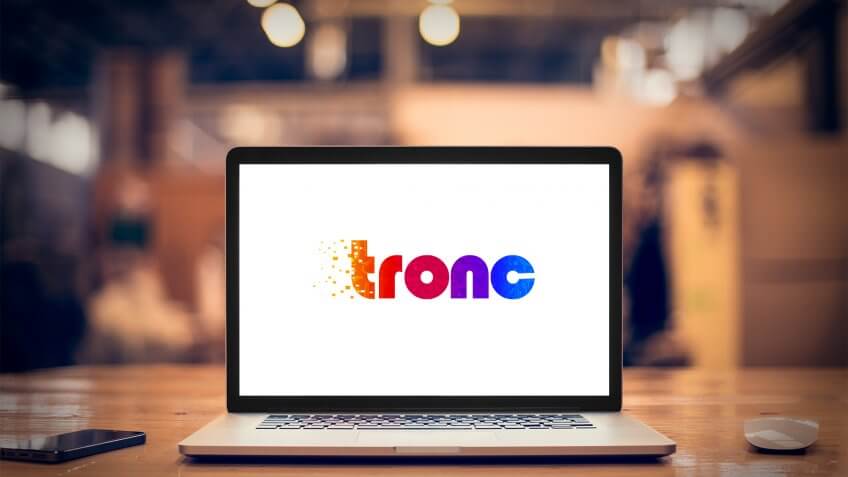 In June 2016, Tribune Online Content shortened its name to ‘tronc,’ adopting a colorful modern logo and even catching the internet’s lowercase vibe by dropping the capital letter at the front. The decision was roundly derided and didn’t last long: tronc changed its name back to Tribune Publishing in October 2018, just over two years after it first made the switch. And tronc stock is now trading under its old ticker of TPCO. 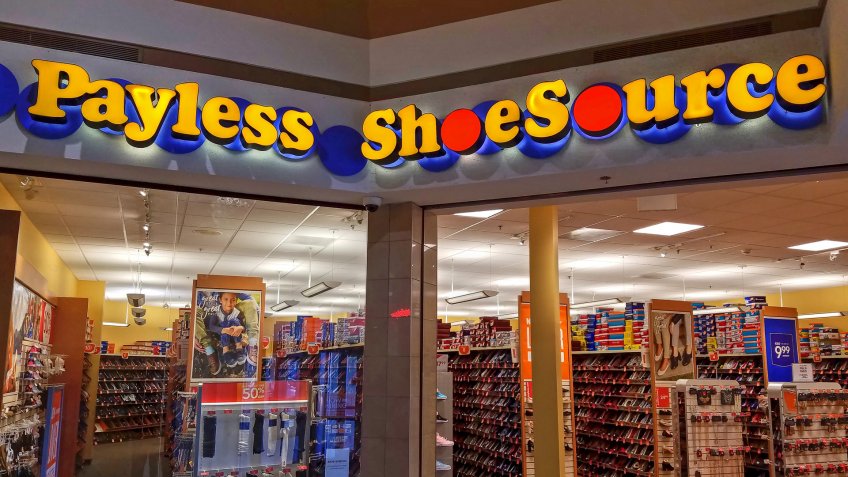 Founded in Topeka, Kansas, in 1956, Payless ShoeSource has long stood as a bastion of low costs in an otherwise pricey world of footwear, offering a variety of options that wouldn’t break the bank. However, the brand got a chance to refashion itself for the new millennium when it took social media influencers for a ride with its Palessi publicity stunt in late 2018. The store convinced influencers its modest shoes were actually top-shelf designer brands and got them to shell out hundreds of dollars for shoes that were retailing for as little as $20 at Payless. 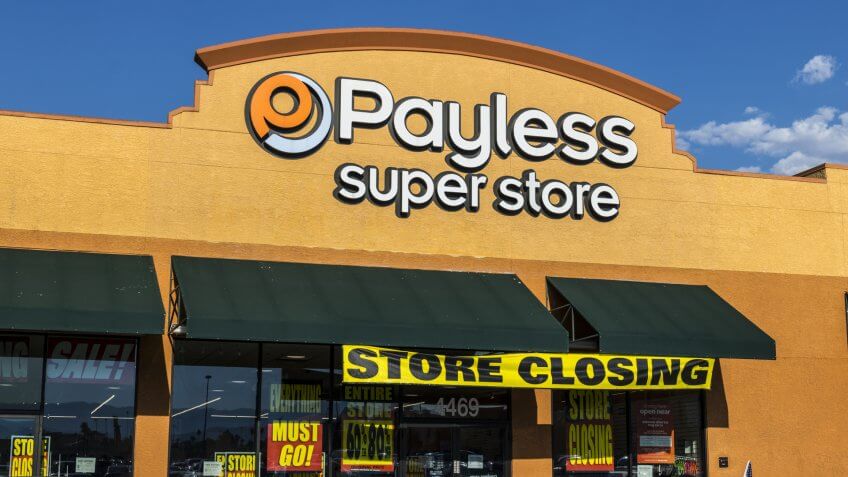 Unfortunately, while the Palessi stunt proved a runaway success in terms of garnering media attention, it was all too little, too late. Payless filed for bankruptcy for the second time in February 2019 and announced plans to liquidate and close all 2,100 remaining locations in the U.S. and Canada. 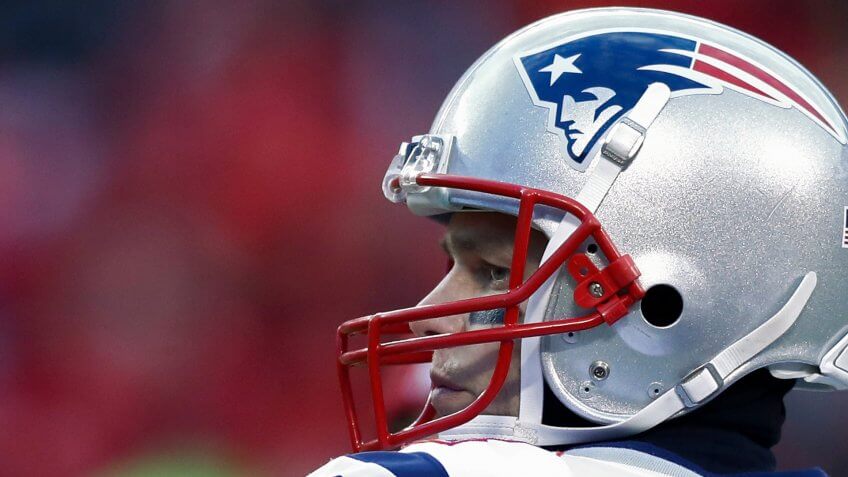 Most Profitable Sports Teams Around the World

Will an NFL, NBA or another team come in first?