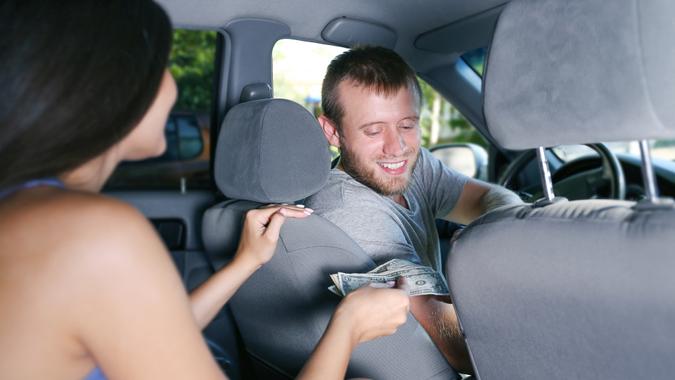 Earnings for Lyft drivers are at an all-time high as fewer drivers are signing up for the ridesharing app to match demand, stated Lyft co-founder John Zimmer. This higher demand has pushed up driver wages; however, Lyft riders are paying higher fares, Lyft executives said during its first-quarter earnings call on Tuesday, as reported by Business Insider.

See: 27 Most Lucrative Side Hustles for People Over 50
Find: Vaccine VIPs — Vaccinated Customers Get Special Perks From These Companies

Last year, when more people were staying home during the onset of the pandemic, demand for ride-hailing apps fell. Insider’s Tom Dotan reported that more than half of Uber and Lyft drivers stopped driving during the crisis. As the U.S. economy continues to reopen, Insider noted that demand is “improving rapidly,” according to Zimmer, who also acts as Lyft’s president.

“The improvements we’ve made over the last year are paying off — we’ve built a much stronger business. As the recovery continues, we are confident that we will be able to deliver strong financial results,” said Logan Green, co-founder and CEO of Lyft, in a statement on the company’s first-quarter results. First-quarter earnings show ongoing recovery. Lyft reported revenue of $609 million, up 7% quarter-over-quarter.

Wedbush’s Dan Ives said in a note to clients on Sunday that he maintains his “outperform” ratings for both Lyft and Uber, reports Insider. Ives noted Lyft’s recent sale of the Level 5 autonomous vehicle unit to Toyota for $550 million and Uber’s new delivery and mobility upgrades, which should reinforce its revenue. He expects Lyft to see a “roaring 20s-like” rebound into the second half of 2021 as travel demand rises.

While Lyft executives didn’t mention the driver shortage, some drivers told Insider’s Tyler Sonnemaker that they were holding out for better pay and working conditions. Zimmer said the company is increasing incentives through the app so that drivers can find more opportunities to expand earnings.

Zimmer also announced that drivers in Lyft’s top 25 markets were earning more than $30 per hour on average in April, which he said is up more than 85% compared to pre-pandemic levels, as reported by Insider.

“As pandemic conditions continue to improve and health safety concern abate, we see more drivers feeling more comfortable getting back behind the wheel,” Zimmer said, as reported by Insider. “As the vaccine rollout continues, driver availability should naturally improve.”