Disney+ Could Be Killing Movie Theaters, While Warner Plans To Save Them 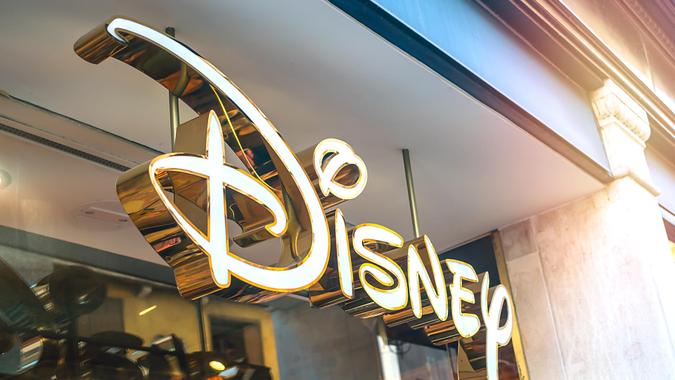 Even though the COVID-19 pandemic is coming to an end, how Americans watch movies could be changed forever. While Disney and WarnerMedia are bringing their biggest releases straight into homes through their streaming platforms, this year’s releases could make or break the future of theatrical releases.

See: Disney Shifts Focus, Plans To Close 30% of North American Stores This Year
Find: What’s Next for Disney and Other Big Companies in 2021

The biggest blow yet to the theater experience is coming on July 9, 2021. CNN reports Disney will release their latest addition to the Marvel Cinematic Universe, “Black Widow,” direct to consumers via the Disney+ platform.

Like other movies released by the entertainment giant, members will have to pay an additional $29.99 to see the film during its run. What makes this one different is that it’s the first film from the Marvel brand to be offered for digital screening. The superhero film starring Scarlett Johansson in the titular role was originally scheduled for a May 2020 arrival in theatres, but was delayed by the novel Coronavirus outbreak.

The release of the film direct to households via the Disney+ subscription service will be the company’s first test of whether or not their blockbusters can survive outside of theaters. According to Box Office Mojo, the last three Marvel Cinematic Universe films — “Black Panther,” “Avengers: Infinity War” and “Avengers: Endgame” — collectively earned over $816 million on their opening weekend on over 4,000 screens, and brought in a combined lifetime gross of over $2.2 billion.

One of Disney’s key competitors is taking a similar strategy, but plans on going back exclusively to theaters in 2022. In addition to offering limited screenings on screens across the country, WarnerMedia has also released films simultaneously through their subscription service, HBO Plus. Since December 2020, the company has released a number of highly anticipated films, including “Wonder Woman 1984,” “The Little Things” and “Judas and the Black Messiah.”

That strategy will come to an end in 2022, Deadline reports. Next year, WarnerMedia will end their dual-release strategy in favor of theatrical releases only. Regal Cinemas will get exclusive Warner Brothers releases for 45 days in the United States, before they go out to their streaming platforms. The theatre chain’s parent company, Cineworld, calls the deal a “great moment,” as 75% of their business comes from the U.S.

Although the announced deals leave theater operator AMC Theatres without a future partner, the company is still planning on opening their screens to movie lovers throughout the spring. The Associated Press reports that AMC plans on reopening 98% of their theatres by Friday, March 27, 2021, in time for the summer movie season.