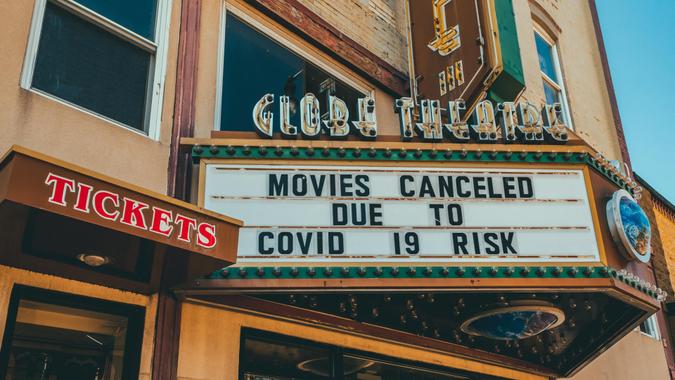 Cinemas have been shut down for the past year, and we have turned to streaming. This has changed the nature of going to the movies from an event to something that happens while we doomscroll on our phones.

Find Out: The Most Expensive Movies Debuting on Streaming in 2021
Learn More: Streaming Services That Offer the Best Variety

Plenty of movies have been released in the past year, some on corporate platforms such as Disney’s (NYSE: DIS) Disney+ and others available for purchase through on-demand cable services or Amazon’s (NASDAQ: AMZN) Prime Video. Some movies, like the new “Judas and the Black Messiah” from the Warner Brothers division of AT&T (NYSE: T) have been released in theaters and on streaming at the same time. After all, there are places where theaters are open and people are willing to go. Other movies have been released to theaters first, but with the understanding that they will go to video in less time than the traditional 90-day window.

At the Morgan Stanley (NYSE: MS) Technology, Media and Telecommunications conference yesterday, Disney CEO Bob Chapek said that the 90-day window is probably gone forever. Consumers “had the luxury of an entire year of getting titles at home pretty much when they want them,” he said, as reported by The Wrap. He thinks there will still be theatrical openings, but films will move to video much faster than they had in the past.

Check Out: Disney’s 27 Biggest Controversies
Read Next: Disney Remakes That Made and Lost the Most Money

Although the future will have fewer movie theaters than in the past, a big screen is still the best place to enjoy special effects, and going to the show is a fun event that many of us have missed over the past year.