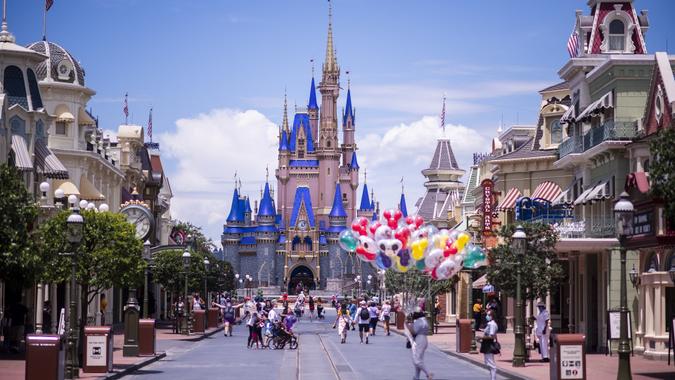 Disney Corporation is no newcomer to real estate investing, ever since founder Walt Disney purchased 8,380 acres of what seemed like worthless swamp land for roughly $120 an acre, or just over $1 million.

Discover: Unplug These Appliances That Hike Up Your Electricity Bill
More: In Less Than a Decade, You Won’t Be Able To Afford a Home in These Cities

But the company’s latest investment could change the game for countless Walt Disney World Resort employees (deemed “cast members”) and lower-income Orlando residents. The company has set aside 80 acres of land situated about 15 minutes driving distance from the Magic Kingdom and EPCOT parks — and 10 minutes from Animal Kingdom and Hollywood Studios — for affordable housing, CNET reports.

In 2016, Disney World constructed an elite community called Golden Oak, with homes ranging from $4 million to $16 million. One 4,4440-square-foot Mediterranean style home near the luxurious Four Seasons Resort is for re-sale and listed on Sotheby’s Real Estate site for $4.6 million. It will run an extra $200,000 if you’d like it fully furnished.

But the new, low-cost community, which is still awaiting approval from the county government, will put more than 1,300 affordable housing units close to schools, Disney-owned retail and dining, and Walt Disney World Resorts, according to NPR.

Likewise, nearby competitor Universal Parks & Resorts has also allocated 20 acres of land to be used for 1,000 units of affordable and mixed income housing, NPR reports. The company will build out an entire community to include tuition-free preschool, community gardens and pools, plus medical offices and a transportation center.

Rent in Orlando rose 21% between 2020 to 2021, NPR reports. The new housing initiatives may help ease the crunch for Orlando’s lower-income workers. In 2020, Orlando was ranked the second-least-affordable city for minimum wage workers in 2020, based on data from Move.org.

See: How Much Is Disney Worth?
Find: Is Disney+ Worth the Cost or Should You Save Your Money?

“The lack of affordable housing is affecting many people across our country,” Jeff Vahle, president of Walt Disney World Resort, told CNET. “With this initiative, we’re lending a hand to make a real and meaningful impact in our community by tapping into the best of our company’s strengths.”