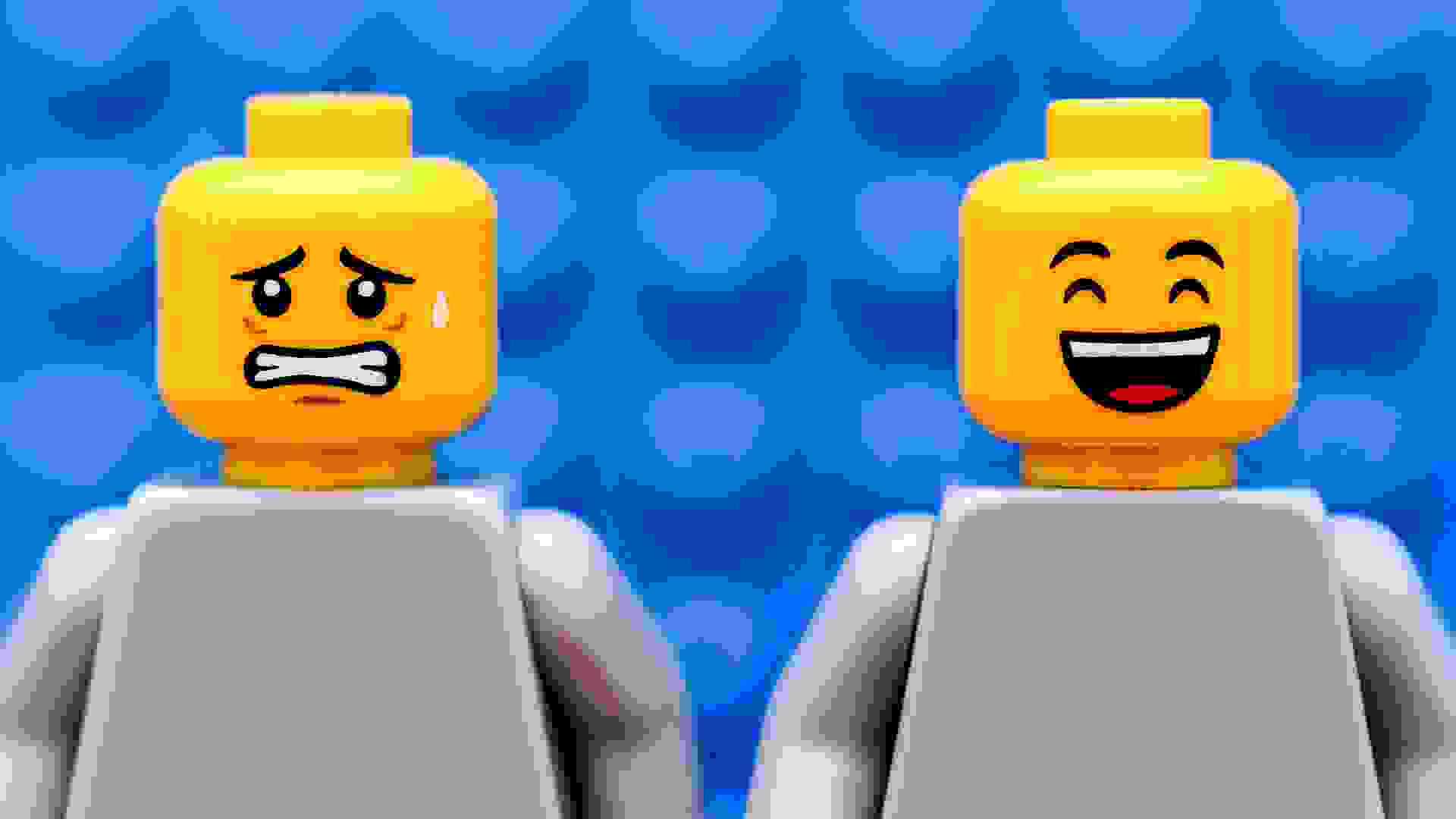 A successful company understands the need to reinvent itself every now and then to keep up with competition, market changes, technology and customer interest. Not doing so can mean a drop in stock price, a decrease in revenue, bankruptcy and even death. Does the name “Blockbuster” sound familiar?

Many of the most successful brands have undergone transformations to reinvent themselves and retain your loyalty.

Click through to see a handful of companies that maintained their longevity — and their bottom lines — by rebranding or reinventing themselves. 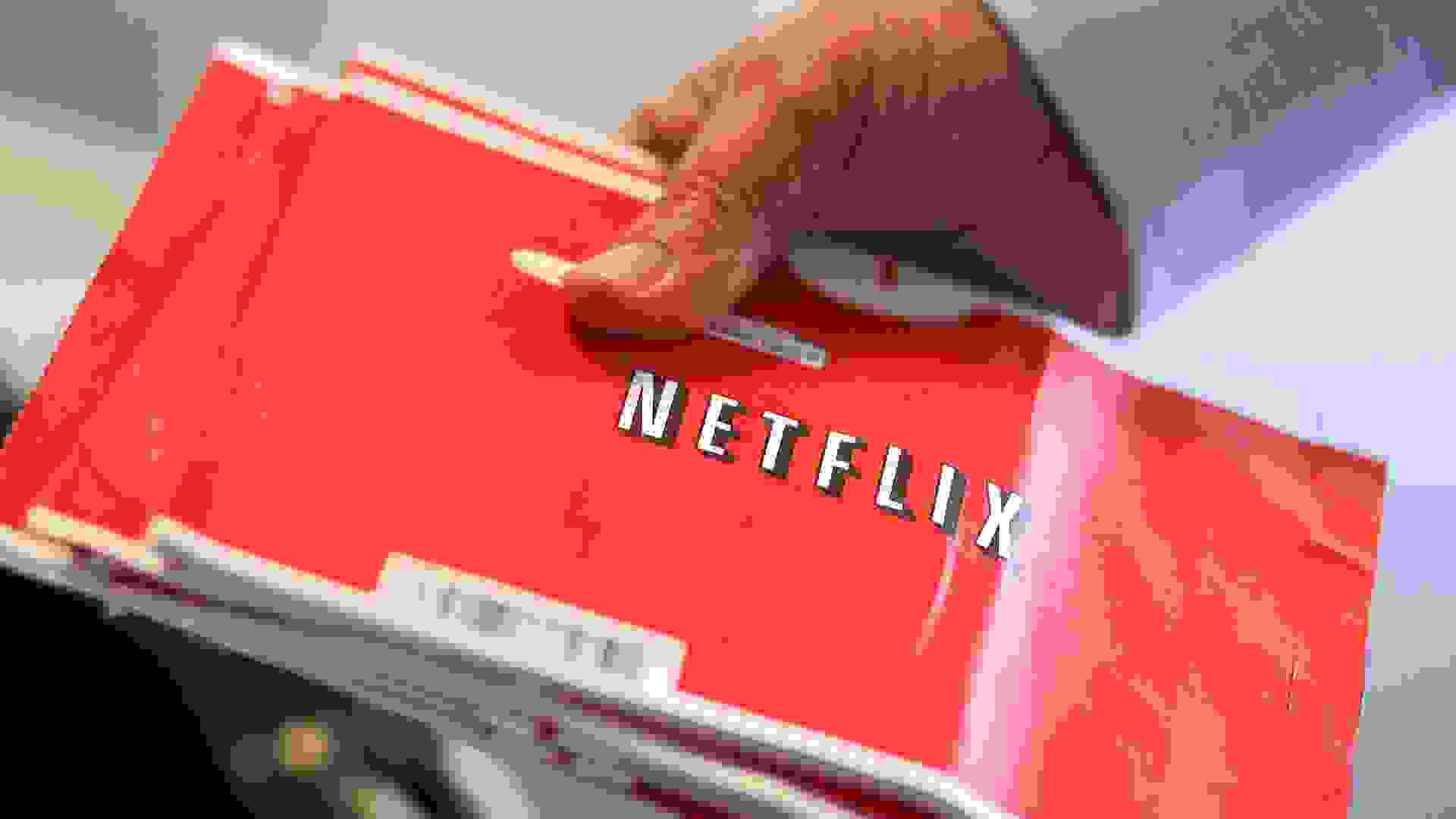 Today’s generation probably doesn’t remember that in the late 1990s and early 2000s, “Netflix and chill” wasn’t as easy as firing up the laptop and picking out a movie or TV show to binge-watch with no commercial interruptions. Instead, Netflix was kind of like an online Blockbuster.

In 1998, Netflix launched the first DVD rental and sales site with Netflix.com. One year later, the company debuted its subscription service, which allowed movie buffs to rent unlimited DVDs for a low monthly cost and receive them by mail. 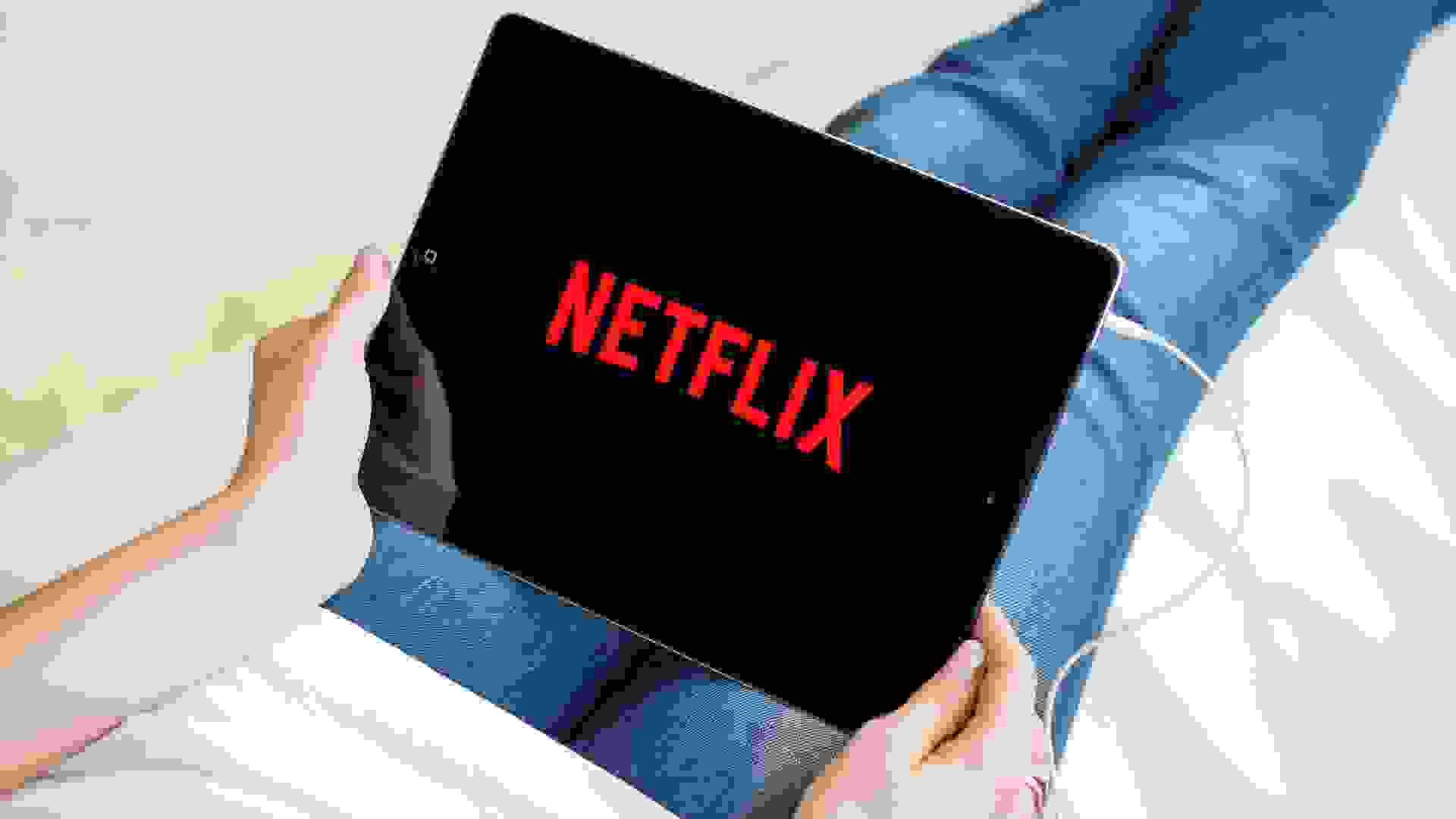 It wasn’t until 2007 that Netflix transitioned to online streaming. Finally, viewers of all ages would have access to some of their favorite shows and movies, as well as original Netflix content.

Although the company has received some negative feedback from customers due to pricing changes, it’s experienced financial success over the long term. For example, Netflix stock was trading at $3.55 at the beginning of 2008. On Aug. 17, 2021, the stock closed at $518.91.

These days, it’s safe to say that Netflix is one of the best stocks to invest in. In January 2021, Netflix announced 8.5 million new subscribers during the previous quarter, bringing its total base to 204 million. 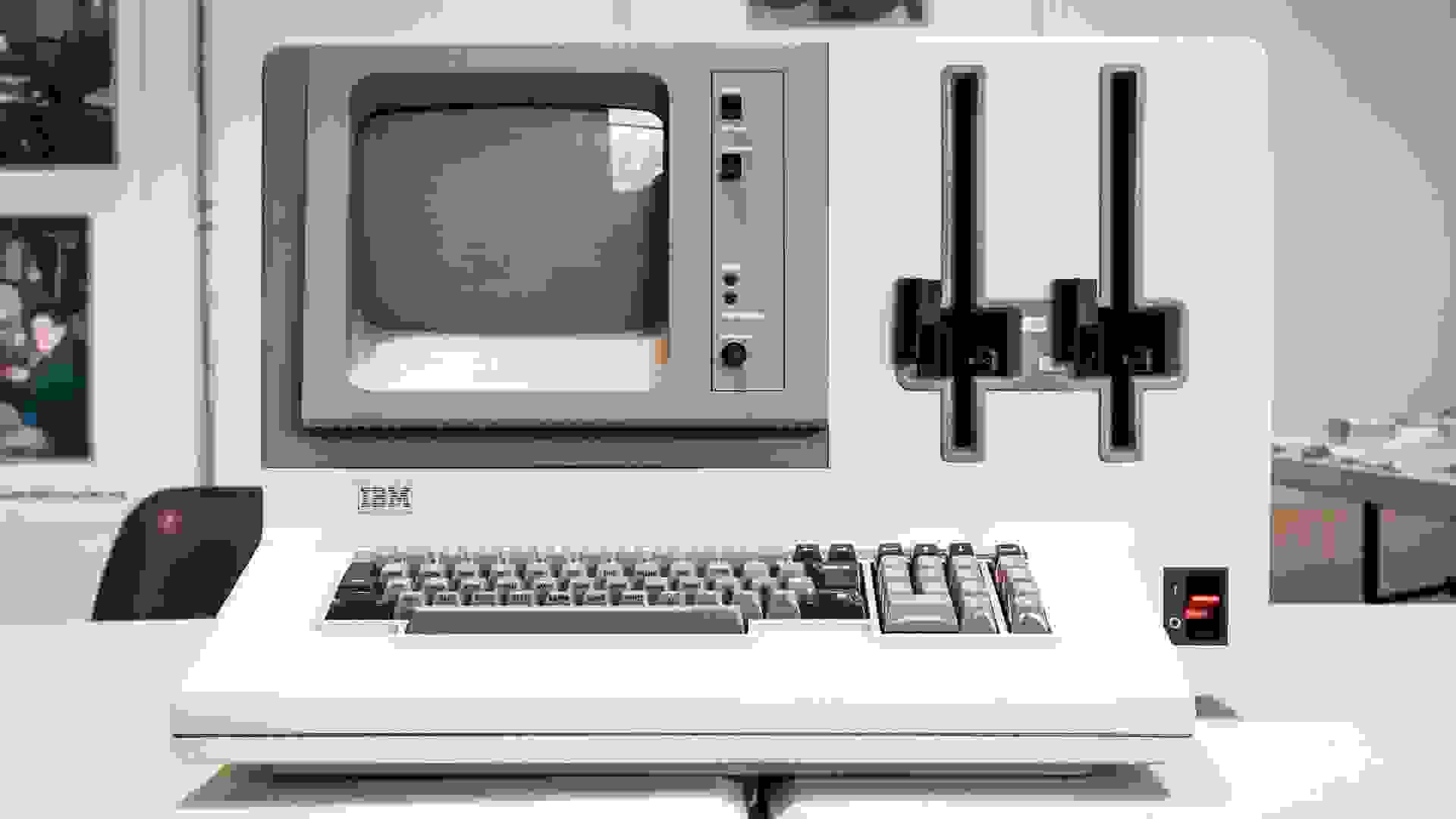 IBM knows a thing or two about reinventing itself and keeping pace with ever-evolving technology.

Since debuting as the Computing-Tabulating-Recording Company more than 100 years ago, IBM has undergone major transformations. Back then, CTR manufactured and sold various types of machinery, such as commercial scales, industrial time recorders, meat and cheese slicers and more. It wasn’t until 1924 that CTR became International Business Machines Corporation, although it had operated under the name since 1917 in Canada.

Fast-forward a few decades to the 1960s, after Thomas J. Watson Jr. became CEO and “led IBM’s transformation from a medium-sized maker of tabulating equipment and typewriters into a computer industry leader,” according to IBM’s website. In 1964, the company created System/360, which made it possible for machines in a product line to work with one another, creating a huge impact in the corporate world.

Less than 20 years later, in 1981, the IBM Personal Computer arrived. Although it wasn’t the first-ever PC, people began buying these computers to use in their daily lives.

However, the 1980s and 1990s were rough for the company. According to its website, “IBM was thrown into turmoil by back-to-back revolutions.” The PC revolution also brought competition from Microsoft and Apple, reported NPR in 2011. Further, IBM suffered annual net losses that reached the billions — a record of $8 billion in 1993, to be exact. 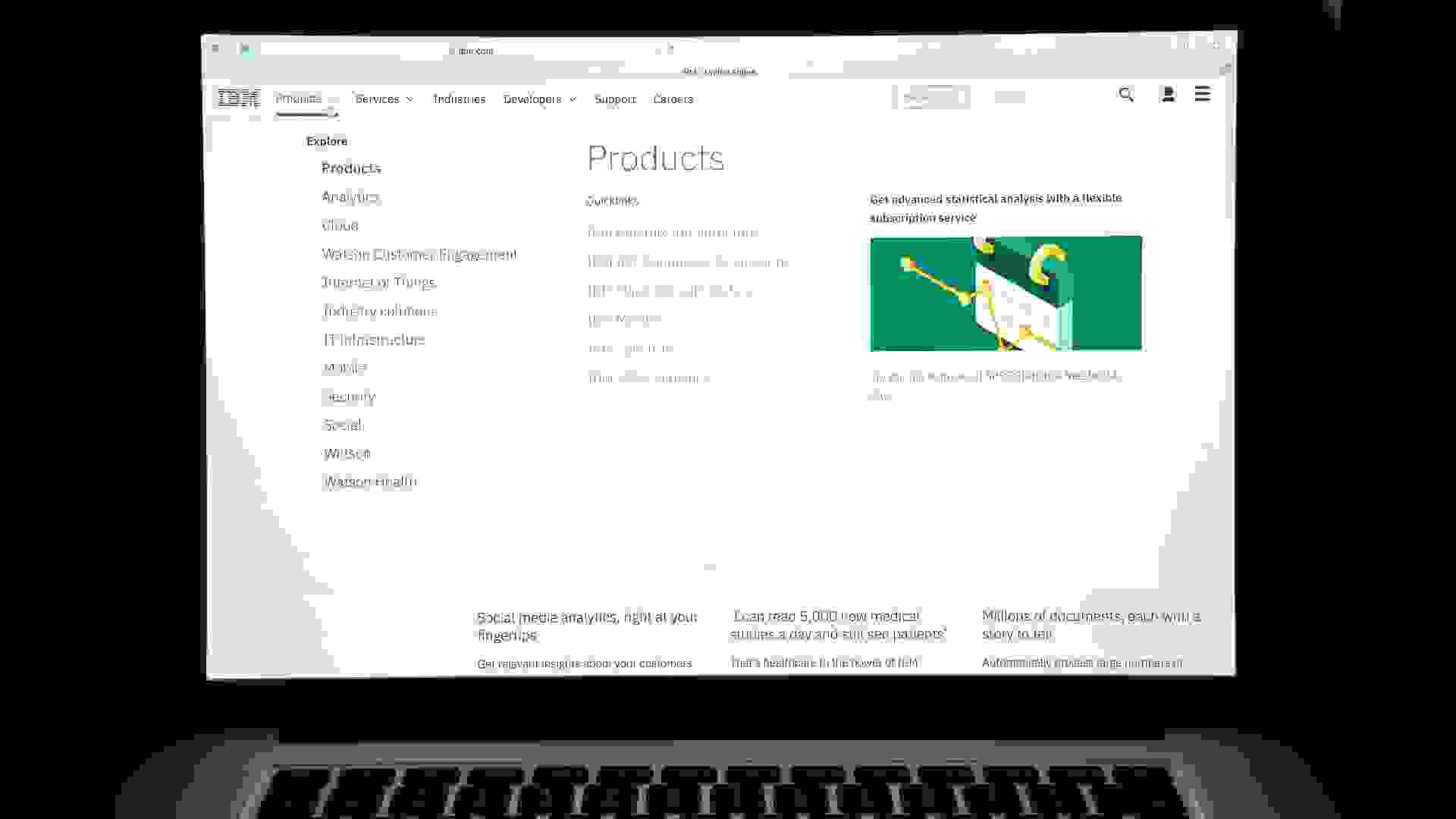 The company had two options: reinvent or die. So, IBM has pivoted to be centered around hybrid cloud strategy and artificial intelligence.

The first monumental step in this direction came when IBM acquired Red Hat, the leading provider of open source solutions.

In 2020, IBM took this a step further and separated into two separate companies. The Managed Infrastructure Services unit of its Global Technology Services division has now become the tentatively titled NewCo. NewCo’s primary focus is on helping companies improve performance with artificial intelligence.

Learn More: How Do Your Stimulus Payments Affect Your Taxes? 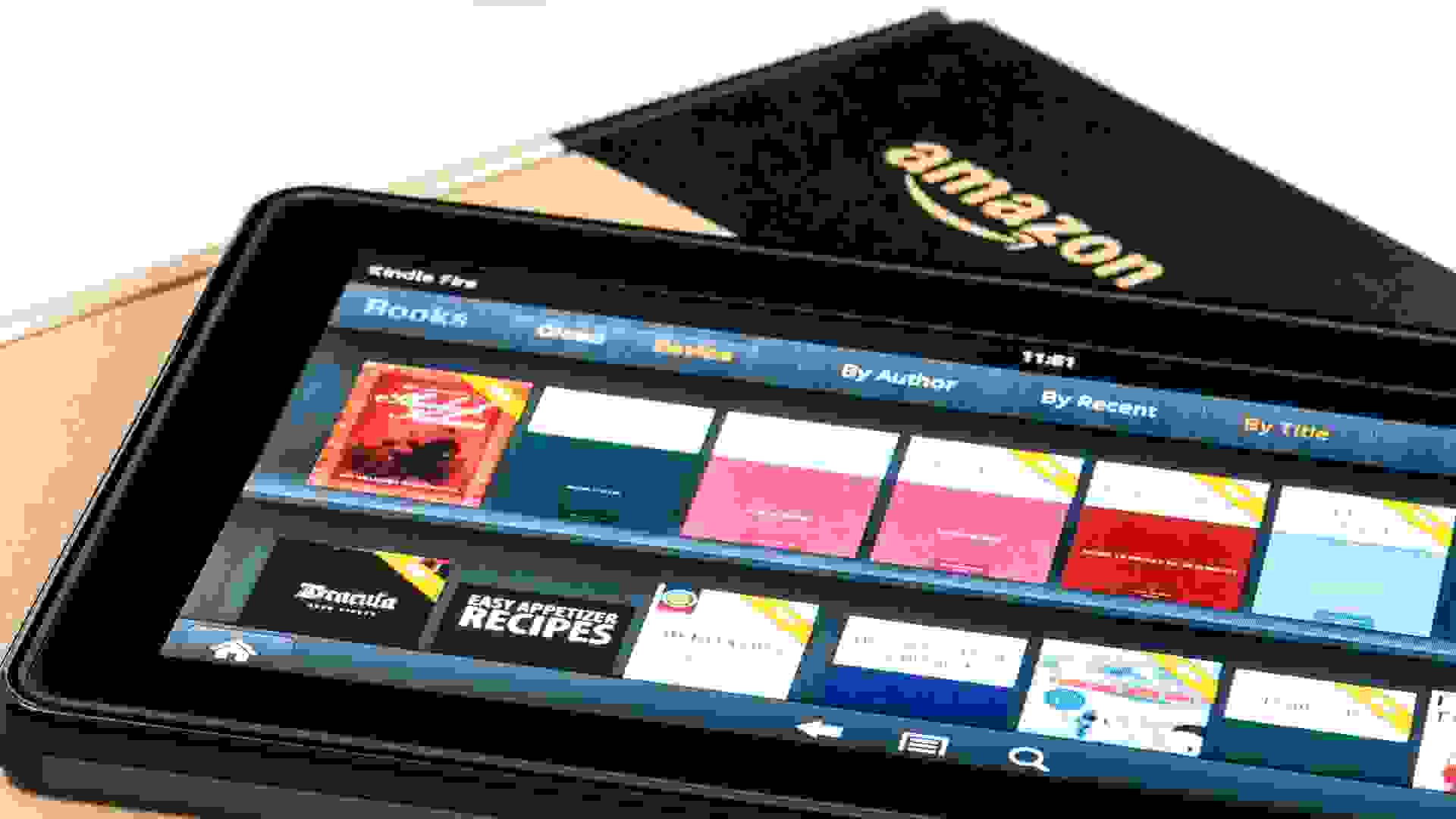 More than 20 years ago, Amazon was a very different company. It’s hard to believe this go-to online retailer that sells everything you could possibly think of — from TVs and computers to groceries and household items — started off as an online book retailer.

In July 1995, CEO Jeff Bezos launched Amazon.com, which has changed drastically since the mid-90s. Back then, the website contained a lot of blue, hyperlinked text — quite different from the colorful photos and well-organized categories you’ll see on the site today.

Author Brad Stone — who wrote the book, “The Everything Store” about Amazon and Bezos — told NPR in 2013 that he thinks Bezos started off selling books because it was “a good place to start: [Books are] small, they ship easily in the mail, the selection that the internet enables was a great strategic advantage over the traditional chain booksellers of the time like Barnes & Noble and Borders.”

Indeed, buying books on Amazon was — and still is — easy and preferable to going to a physical bookstore for many people. Although Amazon experienced success with its book-selling strategy, in time Bezos reinvented Amazon to sell more than just books. 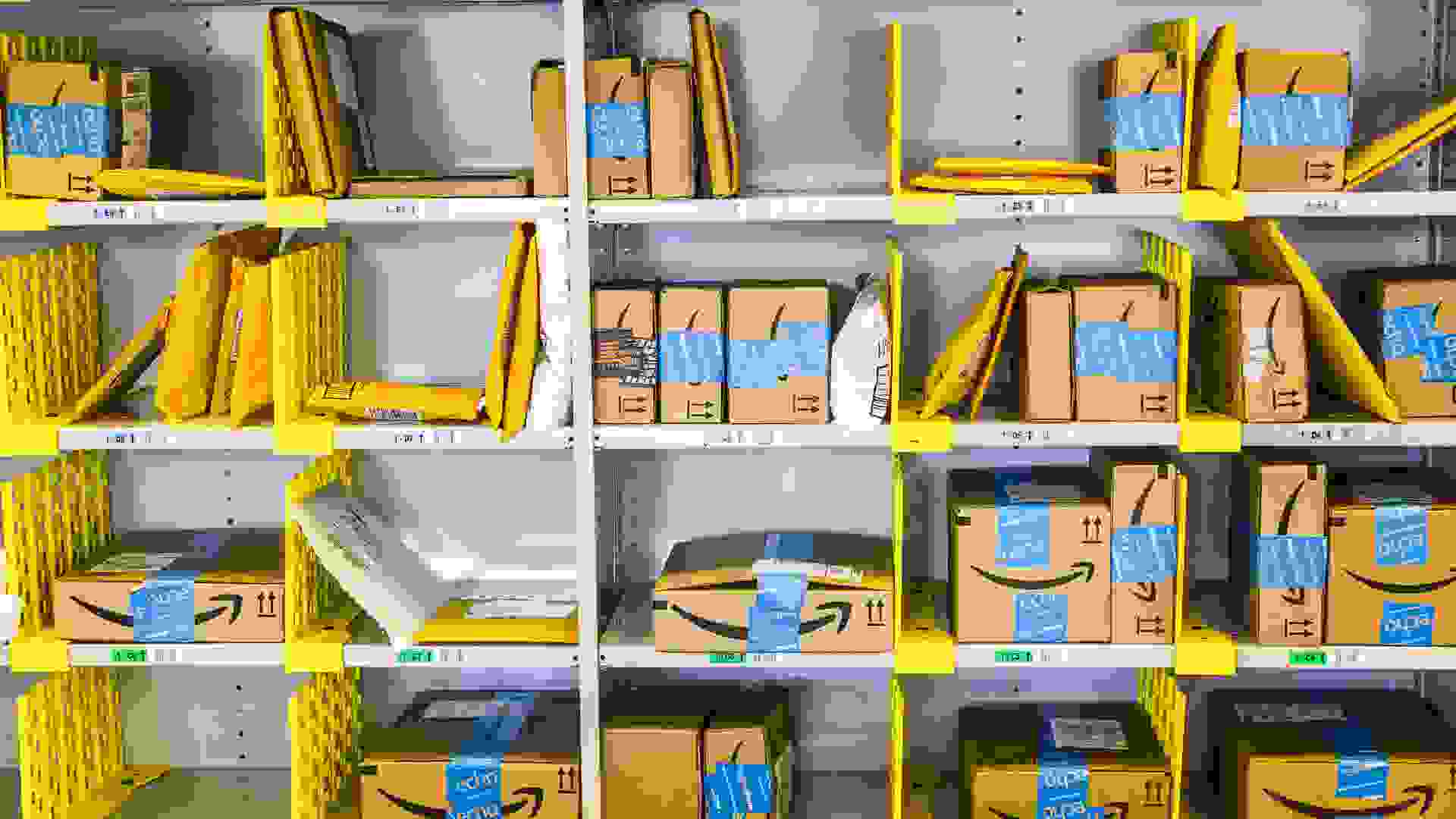 In 1996, the retailer introduced an affiliate program — known as the Amazon Associates Program — which helped the company expand its reach, according to CBS News. And after announcing its IPO in 1997, Amazon introduced “1-Click shopping” and began offering different products and services in various categories: music, DVD/video, home improvement, software, video games, gift ideas, kitchen and more.

These days, the company is making big money. For the first quarter of 2021, Amazon earnings reached $108.5 billion. 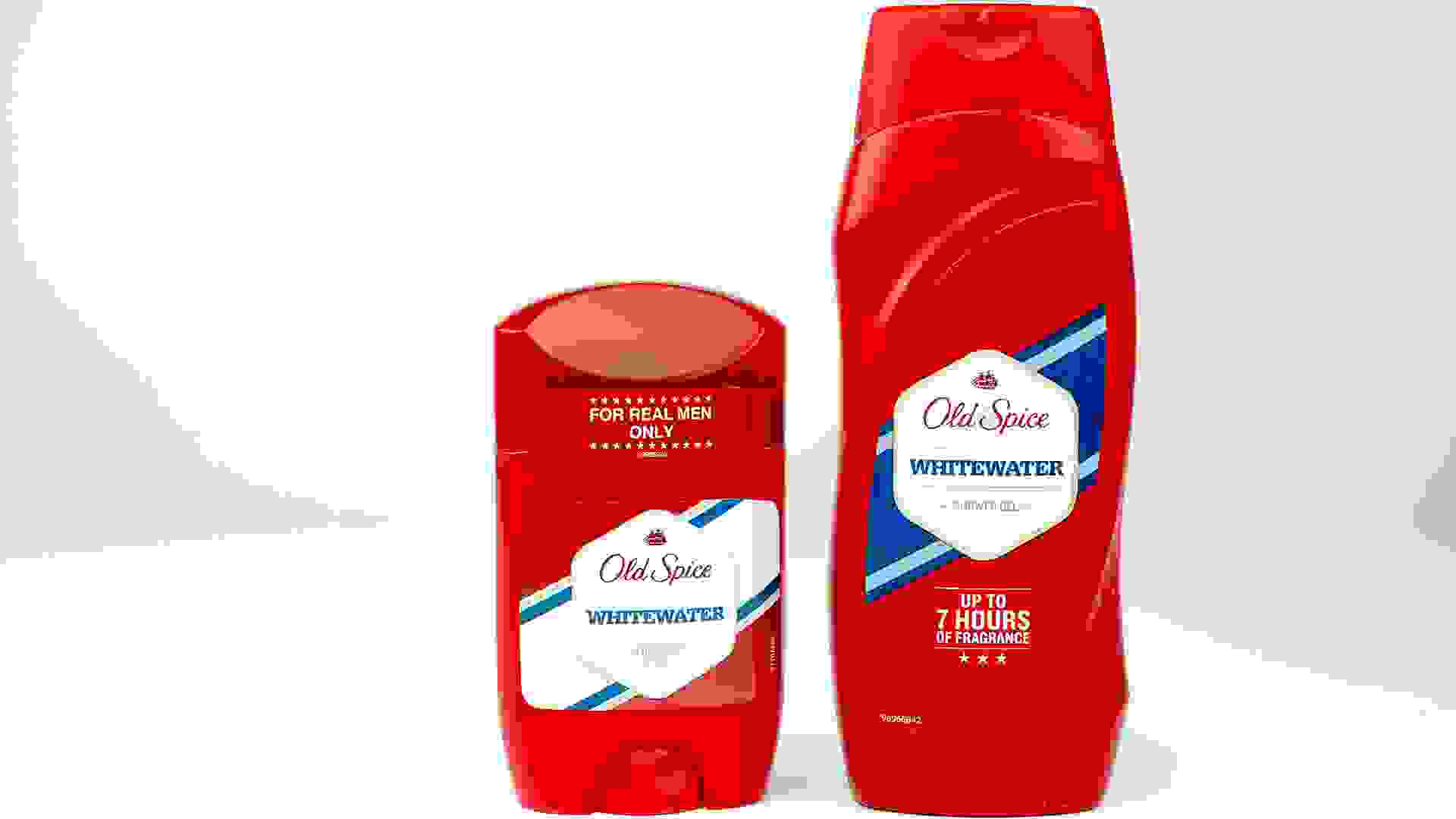 Old Spice is no longer associated with “old” men, thanks to successful rebranding attempts. The antiperspirant — which debuted in 1937 as Early American Old Spice for women and then in 1938 as Old Spice for men — is now a popular brand for all ages, but it wasn’t always that way.

After experiencing decades of success, Old Spice began to lose sales as competition increased. A 2014 case study by the University of Southern California found that by the early 2000s, the company suffered from “an outdated brand image.”

In 1990, Procter & Gamble — which owns brands from Pampers to Gillette — bought Old Spice from the Shulton Company. P&G attempted to rebrand the product, but it wasn’t until Old Spice launched its “Swagger” Campaign in 2008 that it started attracting the younger demographic it needed to compete with brands such as Axe, according to the study. Old Spice’s real moment of reinvention, however, came two years later. 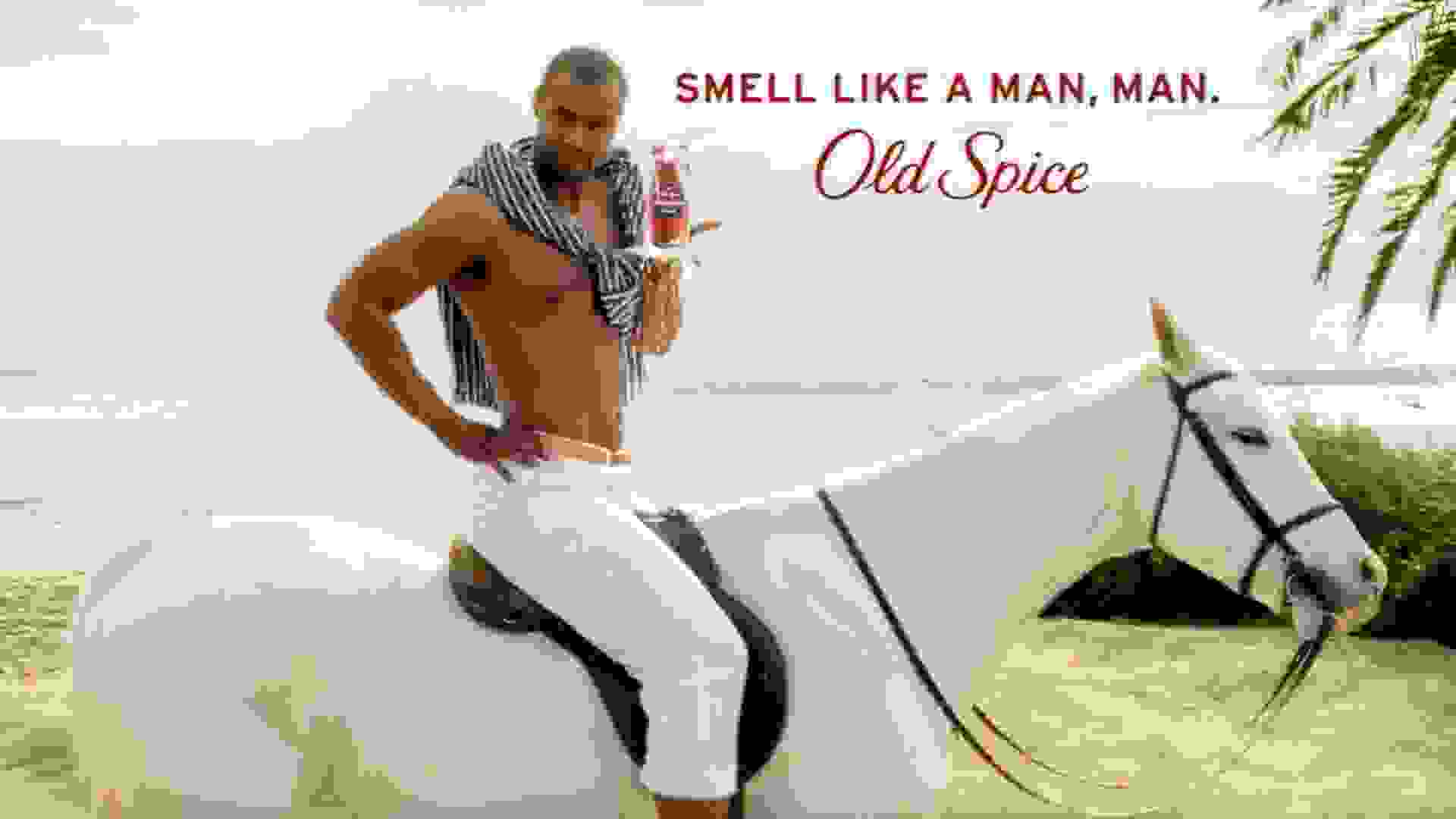 In 2010, NFL player Isaiah Mustafa starred in Old Spice’s “The Man Your Man Could Smell Like” campaign. You might remember it: Standing in front of a running shower with nothing but a towel on, Mustafa tells female viewers, “Hello, ladies. Look at your man, now back to me. Now back at your man, now back to me. Sadly, he isn’t me.” He goes on to suggest that if men switch to Old Spice, they can smell like him.

When the ad debuted on YouTube during Super Bowl weekend, it became a viral hit. And the campaign made an impact on sales, as well. AdWeek reported in July 2010 that overall sales for Old Spice body wash products jumped 107 percent after two new TV spots and online response videos debuted. For the ad’s 10 year anniversary, Old Spice remade the ad in a series of commercials leading up to the 2020 Super Bowl. 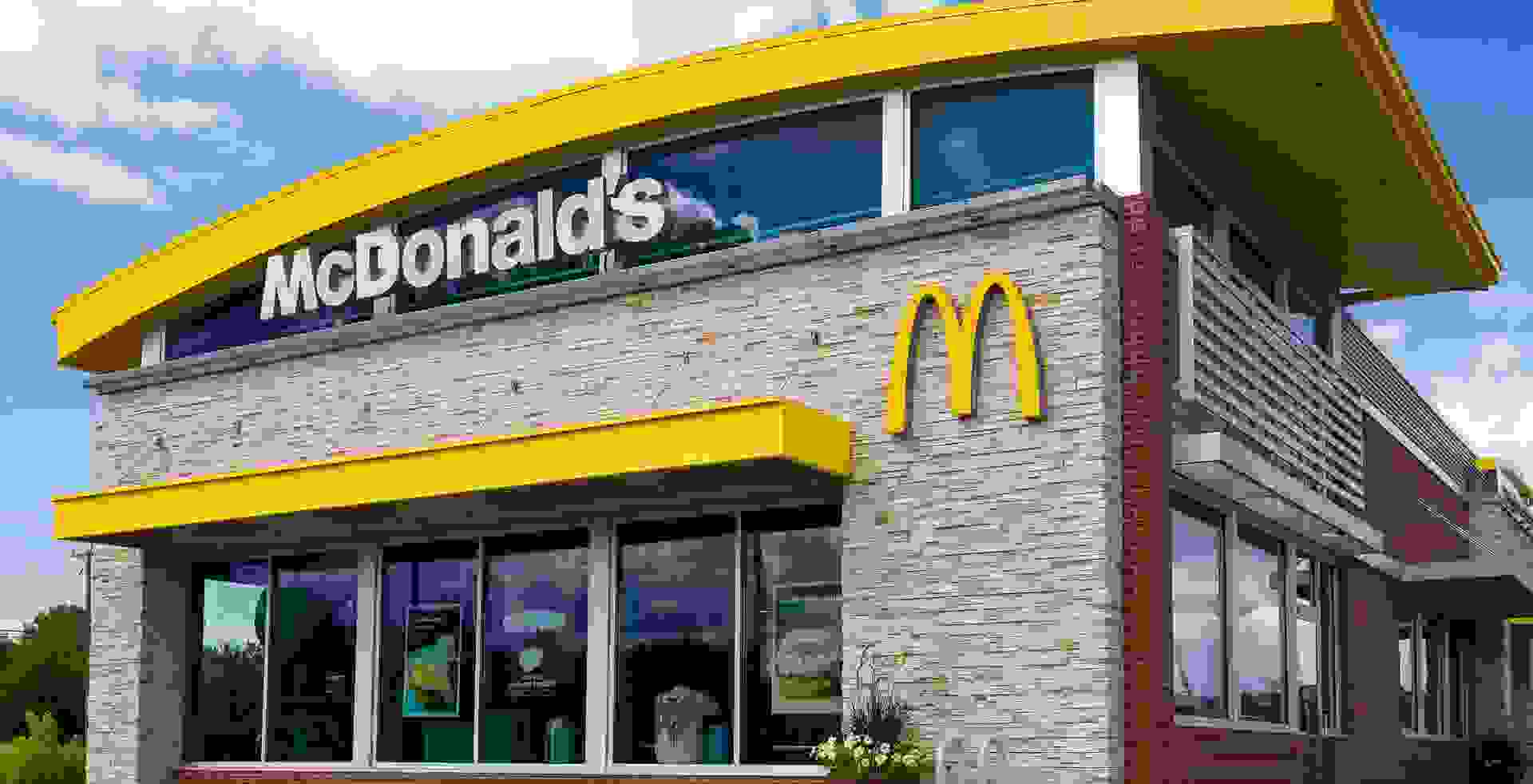 In 2001, the book “Fast Food Nation: The Dark Side of the All-American Meal” came out — and it didn’t have that many nice things to say about fast food giant McDonald’s. Rob Walker wrote in a New York Times book review, “The aim of [author Eric Schlosser’s] book … is to force his readers to stop and consider the consequences of McDonald’s and its likes having become inescapable features of the American (and, increasingly, global) landscape — to contemplate ‘the dark side of the all-American meal.'”

Although it’s hard to tell if the book’s release directly — or indirectly — hurt McDonald’s reputation and brand in a monetary sense, the Wall Street Journal did report in 2003 that the restaurant posted its first quarterly loss in 38 years as a publicly-traded company.

Look: These Are the Best Dollar Menu Items in America 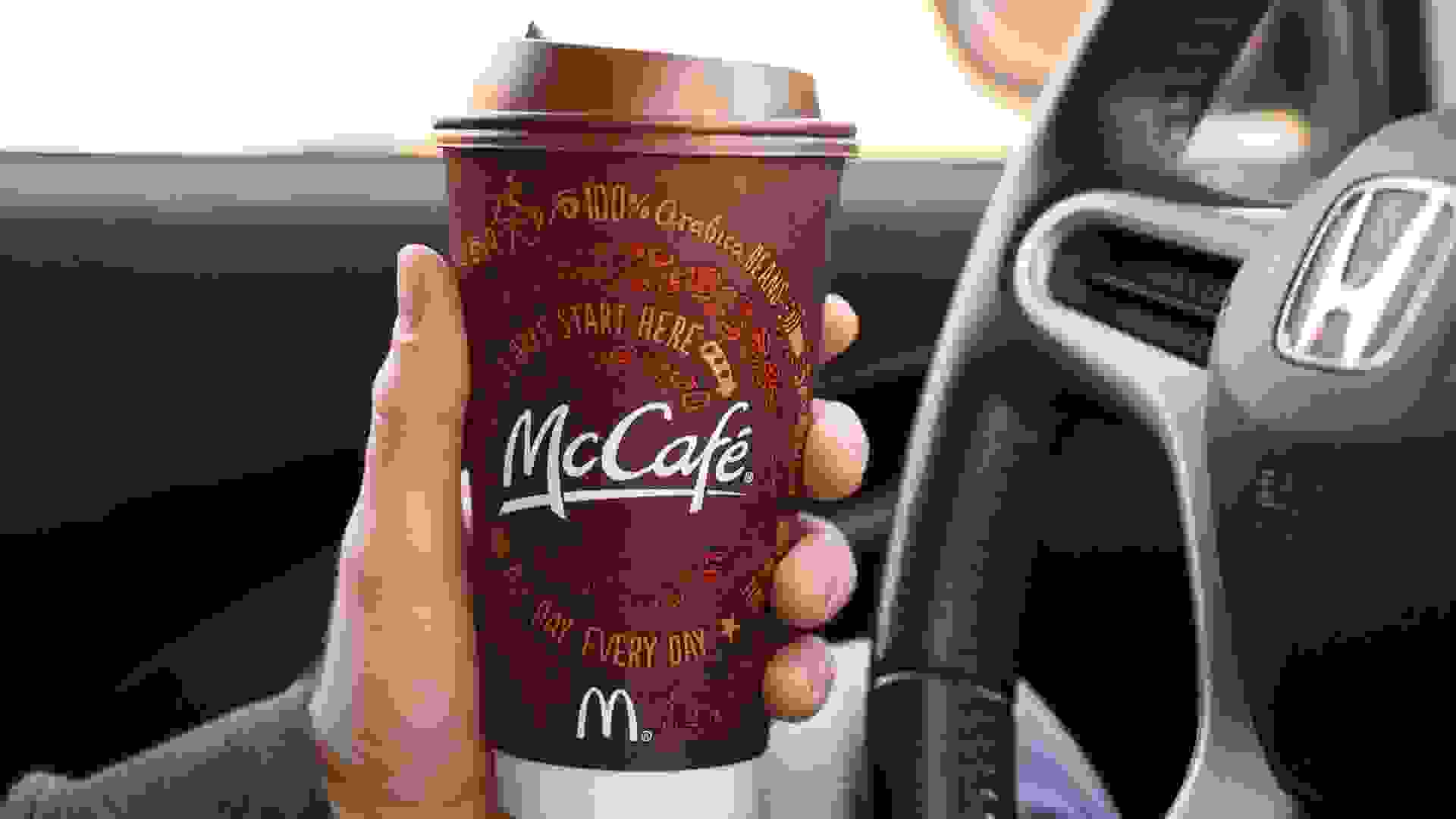 In the years since “Fast Food Nation,” McDonald’s has tweaked its menu offerings. McDonald’s currently offers healthy options including salads, milk, fruit and more, and makes its nutritional information available to consumers. In addition, McDonald’s has reinvented the fast food world by offering “All Day Breakfast.” No longer is McDonald’s only seen as the place to grab a Big Mac loaded with 500-plus calories. 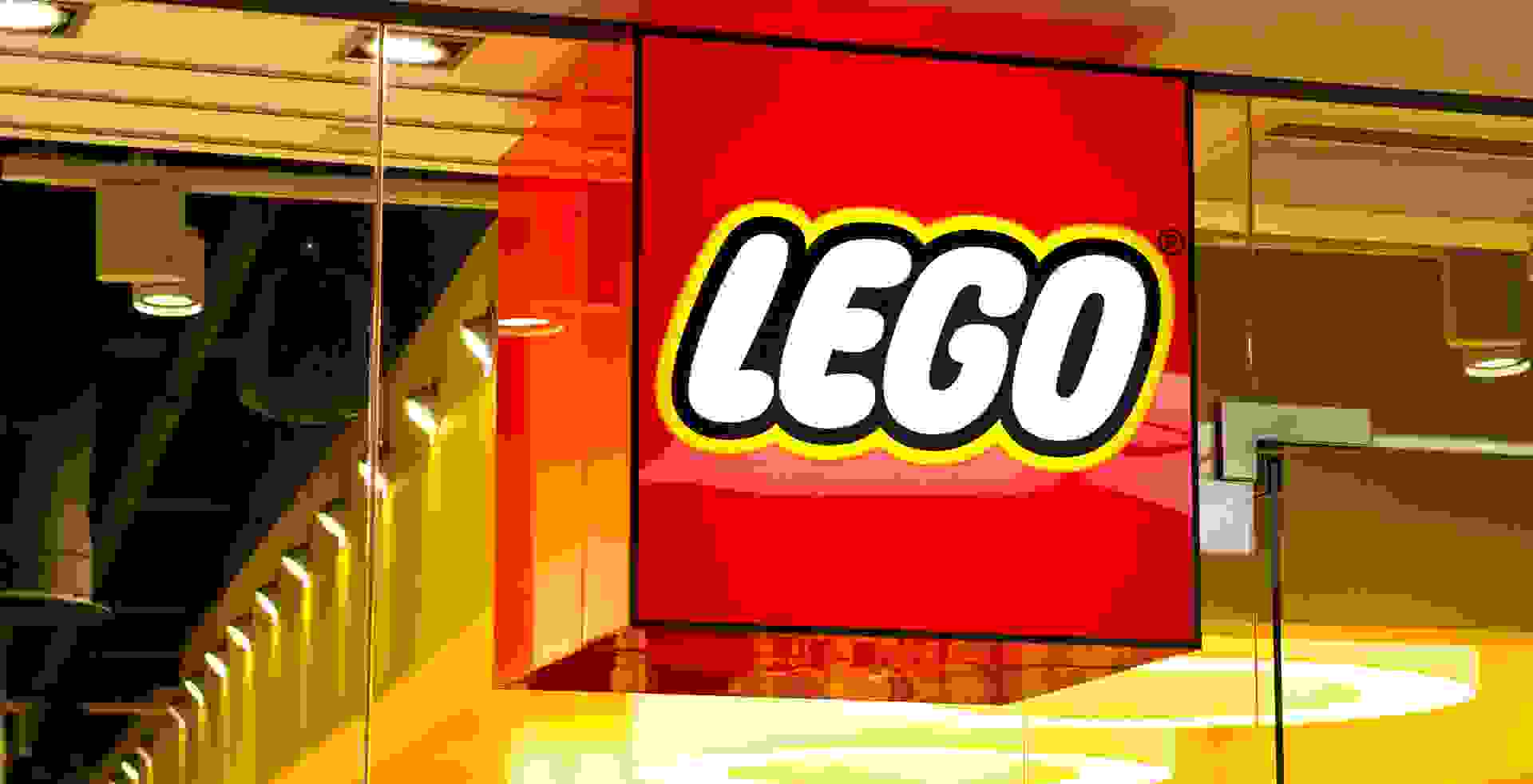 Lego has been around since 1932 and for years has been a hallmark toy in many children’s lives. At one point in 2014, Lego was even the top toy company in the world, surpassing Mattel’s Barbie doll, reported the Wall Street Journal. But the Danish toy company wasn’t always a star performer.

According to a 2015 Fast Company article titled “How Lego Became the Apple of Toys,” the company was reportedly on the brink of bankruptcy about 10 years ago. The growth of video games and the internet threatened the toy company. In reaction, Lego reportedly made a few mistakes. Eventually, by cutting costs, improving processes and managing cash flow, the company started to bounce back. 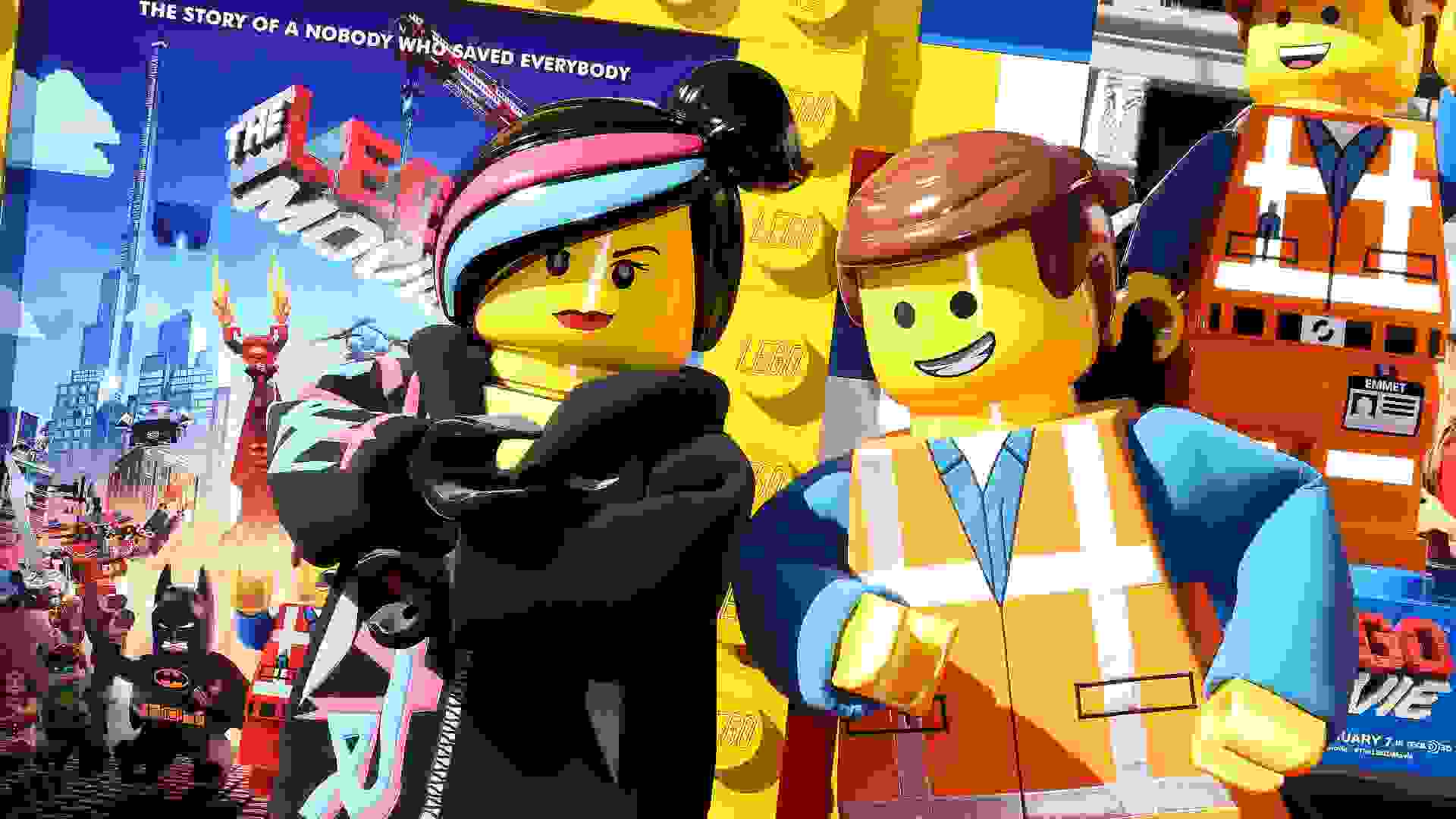 Next came a Lego line called Lego Friends, which appealed to young girls and fought the perception that only boys could play with the building blocks. But in 2014, when “The Lego Movie” hit theaters, things really started to change. The movie and its products helped Lego get the revenue boost it needed to overshadow Mattel in 2014, according to the Journal. Thanks to innovative products and a successful string of movies, Lego is more than just a toy now — it’s also a cool franchise. 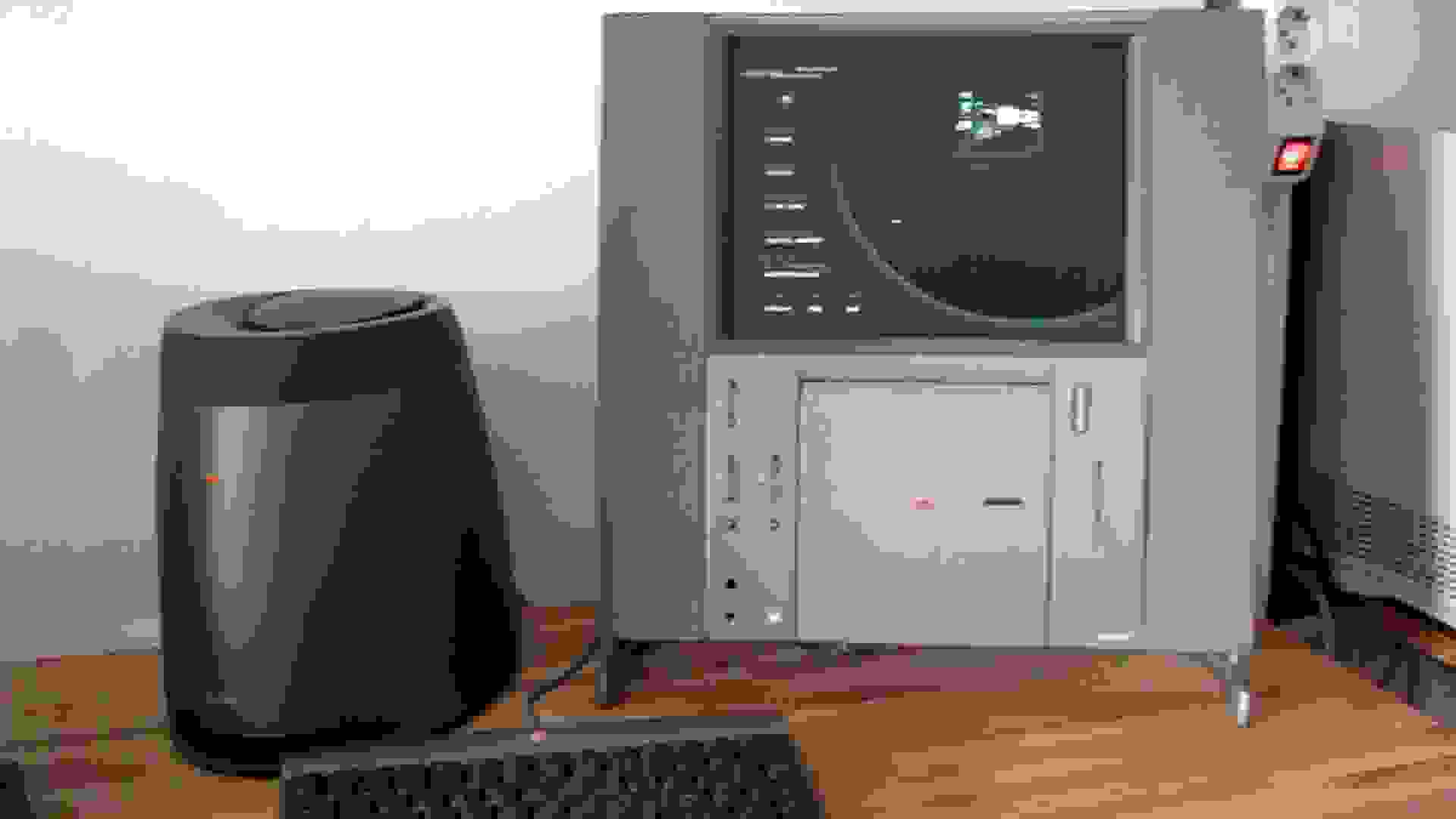 It’s hard to imagine, but in the late 1990s, Apple was on the verge of bankruptcy. Fortunately for the company, one of Apple’s biggest competitors — Microsoft — rescued Apple from collapse by forking over millions.

According to Bloomberg, Microsoft’s $150 million investment helped Apple get the money it needed to change the technology space. Apple is now the most valuable brand at $612 billion. 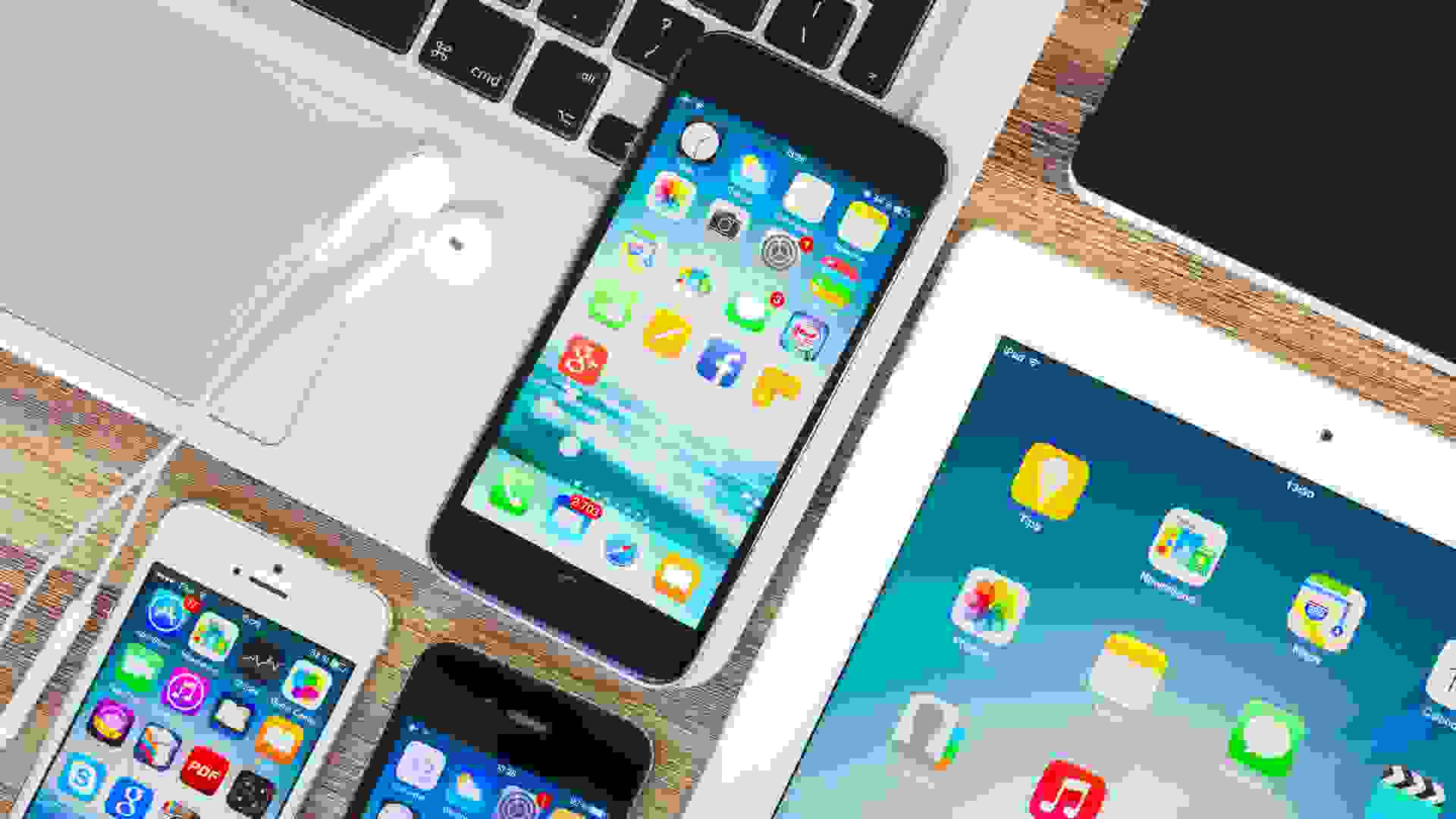 But give Apple some credit for its success; the company reinvented itself as more than just a Mac maker. Its handheld devices — from the Apple Watch to iPhones to iPads — have brought the company to an entirely new level.

Apple’s ability to reinvent itself helps explain why it’s consistently considered one of today’s best brands, and why Apple loyalists are always wondering, “What’s next?”

Sam DiSalvo and Sydney Champion contributed to the reporting for this article. 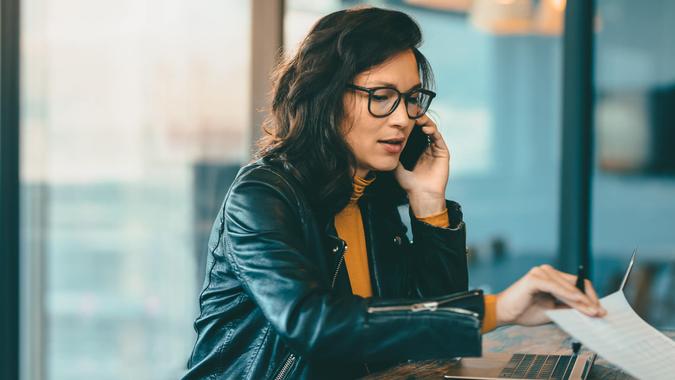 What Is Insolvency and How Does It Differ from Bankruptcy?