Grocery retailer Kroger is known for its chains like Food 4 Less and Ralphs, as well as its product lines under brands such as Private Selection and Simple Truth. The company has 17 subsidiaries and operates nearly 2,800 stores across 35 states, making it a big part of many consumers’ lives and meal plans. And thanks to a new grocery-focused partnership with Walgreens, the grocer’s online presence is about to get even bigger.

Kroger and Walgreens Team Up Against Amazon

Kroger and Walgreens are experimenting with an order pickup system that will allow Kroger shoppers to pick up groceries at 13 Walgreens locations. The purpose of the partnership is to remain competitive against retail titans like Amazon and Walmart, which also offer customers some form of order pickup and delivery.

Click to find out 12 times you should and shouldn’t invest in your favorite brands.

The partnership is mutually beneficial: Walgreens’ sales for household products are lacking, and Kroger is looking to boost its overall service and selection, according to CNBC. Kroger has also been positioning itself to square up against Amazon’s Prime Pantry service through its own delivery service for food and other essentials, Kroger Ship. If the Kroger-Walgreens partnership goes well, the former could sell its extant pharmacy business, with Walgreens possibly operating its pharmacies in Kroger stores.

While the partnership might sound promising, Kroger’s stock has hit some bumps this year, including a drop in value after reaching lower sales numbers than expected for the second quarter of 2018, although the company exceeded earnings expectations overall. Here are some other points to help you decide if you should invest in Kroger.

Learn: How to Use Quarterly Earnings From Amazon, Facebook to Your Advantage

Market capitalization is determined by the total dollar value of a company’s outstanding shares, which helps investors determine the relative size of a company. Kroger’s market cap range, with a 52-week high of $26.1 billion, reflects how the market as a whole values the company.

The relatively narrow range indicates stock stability, although Kroger’s sales trend might forecast a bigger valuation in the future. The company enjoyed a more than $10 billion increase in revenue between 2015 and 2017.

Learn About: 10 Stocks That Could Be the Next Apple or Amazon

Although market cap can give you a sense of how much the market values a company, it’s not strictly accurate because it’s based on market sentiment — essentially reflecting the frequently changing opinions of investors. The GOBankingRates Evaluation of a company’s value, on the other hand, calculates a company’s net worth based on measurable figures like assets and revenue. It’s a more conservative valuation than the market value, taking into account full-year profits and revenue from the last three years, as well as the company’s assets and debts.

Based on Kroger’s revenue and profits from the last three years, the company is worth just under $75 billion.

Kroger Handles About a Sixth of the Grocery Industry’s Sales

Kroger history begins in 1883, when Barney Kroger used his life savings of $372 to open a grocery store. Fast-forward more than 130 years, and Kroger’s thousands of stores now contribute to a grocery market that saw more than $682 billion in sales in 2017. The company’s brands account for more than $115.3 billion in annual sales.

Like many companies, Kroger has grown through partnerships and acquisitions. Its biggest merger happened in 1999, when it joined forces with Fred Meyer Inc. A more recent merger occurred in May 2018, when Kroger ate up meal kit service company Home Chef.

Should You Invest in Kroger Stock?

The company announced its Restock Kroger plan in October 2017, the goal of which is to boost the overall revenue and capital of Kroger. Kroger’s sales have been lacking, though, despite a big return in revenue. Still, most analysts seem encouraged by Kroger’s partnerships, with many recommending to hold on to, or even buy, the stock to see if it appreciates.

Click to keep reading about what $1,000 in stocks invested 10 years ago would be worth today. 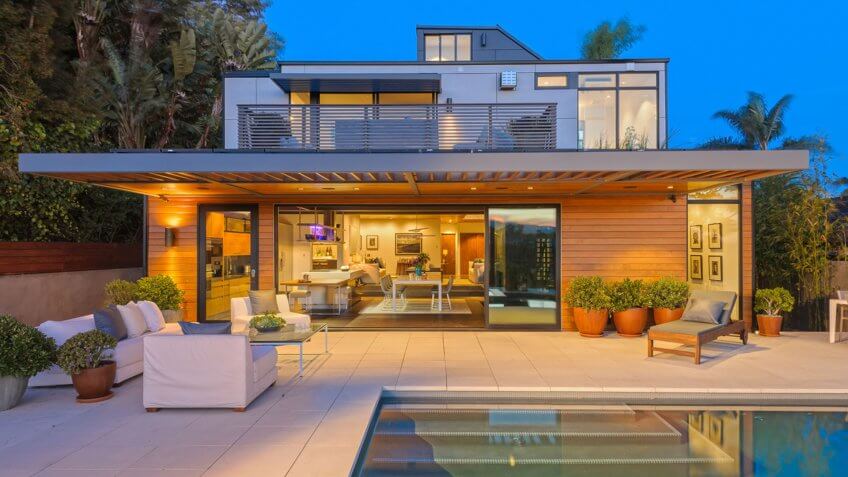 Now Amazon Can Build Your House, Too

Buying a home could be as easy as adding it to your Amazon cart.

GOBankingRates > Money > Business > How Much Is Kroger Worth?