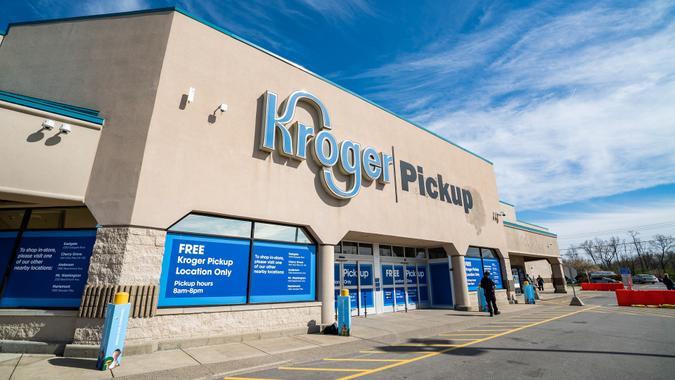 Kroger, America’s largest grocery retailer, announced Wednesday the introduction of the nation’s first Customer Fulfillment Center (CFC), developed by Ocado. Under pressure from investments in grocery e-commerce from Amazon and Walmart, Kroger is making a huge bet on its digital future, as reported by Bloomberg.

In Monroe, Ohio, 30 miles north of Kroger’s Cincinnati headquarters, as many as 1,000 dishwasher-sized robots roll over a three-story grid of totes, known as The Hive, filled with roughly 28,000 various items in a 37,000-square-foot facility. The CFC can pick a 50-item order in less than 5 minutes, much faster than any person. These goods are then transferred to humans who sort and deliver them to homes.

The facility opens this spring and will serve regions from Louisville, Kentucky, to Indianapolis and Columbus, Ohio, with a mix of same-day and next-day service, reported Bloomberg.

Kroger’s expansion into automation and robotics is not without skepticism. “This is a pretty big gamble in untested waters,” said Robert Moskow, an analyst at Credit Suisse. “I would have chosen a more flexible, less capital-intensive approach. There’s a lot of unknowns out there.” He also estimates that it will take Kroger as long as eight years to recoup its investment.

Other grocery e-commerce retailers like Walmart are testing “micro-fulfillment” centers, which are cheaper and faster to build. According to e-retail consultant Brick Meets Click, Ocado’s robots could triple the order-picking productivity of a typical micro-fulfillment center with 99% accuracy. This could lead to a quicker return on investment.

“2020 was a pivotal year for grocery e-commerce, with Kroger’s digital business scaling to over $10 billion — and achieving a record digital sales increase of 116%,” said Rodney McMullen, Kroger’s chairman and CEO. “We’re incredibly proud to achieve this milestone that advances our position as one of America’s leading e-commerce companies.”