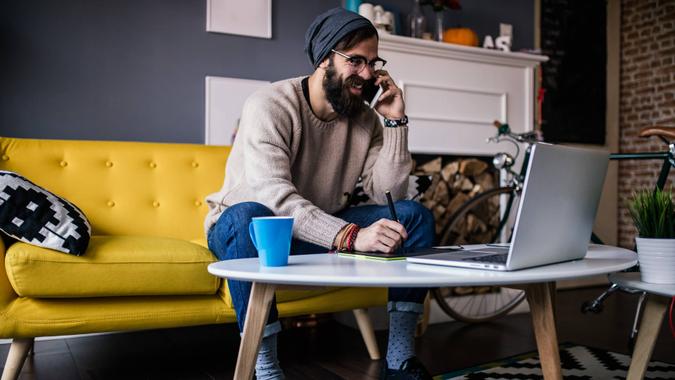 With more Americans working remotely and relocating to areas with cheaper costs of living, many large companies are considering cutting salaries.

Many large companies have announced indefinite or long-term remote work policies in the wake of the 2020 pandemic. Without a work location tying them down, many Americans have already or are considering moving closer to family or finding housing in more affordable parts of the country.

Living and working in coastal U.S. cities is much more expensive than the country’s average. In fact, living in the Bay area is as much as 32% above the U.S. average, according to Bloomberg. It’s not surprising, then, that many Americans with the ability to work remotely long-term would look for more affordable areas to live.

However, most American companies that did not offer remote work pre-pandemic also did not have a policy in place regarding salaries and locations for remote workers. Now, many major companies are announcing pay cuts may be inevitable for remote workers who move to different parts of the country.

According to CNBC, Facebook is one of the first to take a stance on remote salaries, with CEO Mark Zuckerberg stating, “We’ll adjust salary to your location at that point” for taxes and accounting purposes. “There’ll be severe ramifications for people who are not honest about this,” Zuckerberg said.

Stripe Inc. is also implementing a policy for remote workers. It is offering $20,000 in relocation assistance to employees moving from the Bay area or New York, while also cutting the employees’ salaries by as much as 10%, according to Bloomberg. “Slack has also announced more detailed salary bands by location,” Bloomberg reported. VMware and Twitter are also reducing pay for employees who relocate from the Bay area.

Other major companies are expected to follow suit, which has remote workers carefully considering their next moves.

“Covid-19 is a gamechanger for the workplace,” David Lewis, CEO of HR consultancy OperationsInc, told CNBC. “The ability to work from home is going to be … a huge competitive issue, and compensation is part of that.”