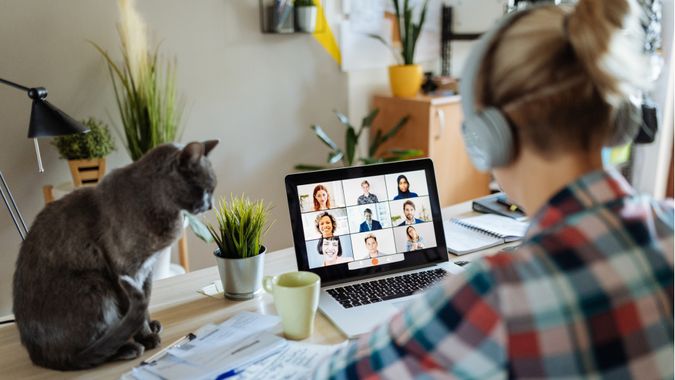 Even though it’s been over one year since the COVID-19 pandemic forced many workplaces to go to a “safer from home” environment, a new study from Harvard Business School says workers are experiencing trouble adjusting. Based on an analysis of 3.1 million workers, researchers concluded that the average workday grew by 8.2 percent, or just over 45 minutes.

Find Out: 5 Unexpected Work-From-Home Jobs You Can Do Right Now
Learn More: The Best and Worst Things About Working From Home

Deluge of E-Mails and Zoom Meetings Contributing to Longer Workdays

Prior to the COVID-19 lockdowns beginning in March 2020, the average office employee would send between 25 and 27 e-mails per day, with an average of eight recipients per message. However, once employees started telecommuting from home, the number of e-mails and check-in messages significantly increased.

At the start of the lockdowns, the average worker sent 29 e-mails per day, with a median of nine recipients per message. After eight weeks, the researchers found employees would send 5.2 more email messages daily, with an increase of 8.3 percent sent after traditional business hours.

It’s not just a continual stream of email causing screen time fatigue — the number of meetings increased as well. Two weeks after lockdowns began, employees found themselves in more than 3 meetings per day, accounting for an hour of work time. After eight weeks post-lockdowns, workers had 13 percent more meetings, but with less face time. The average meeting time was only 12 minutes, which brought the average number down by 19 minutes.

All of these things contributed to workers having a longer workday. Prior to the lockdowns, workers could expect to work around nine hours per day. After eight weeks at home, the workday expanded to over 10 hours, with seven e-mail messages sent past 5 p.m.

“There is a general sense that we never stop being in front of Zoom or interacting,” Raffaella Sadun, professor of business administration in the Harvard Business School Strategy Unit, said in a blog post. “It’s very taxing, to be honest.”

For supervisors adapting to the new normal, the researchers say the focus should be around output, and not how much time their employees are spending at their desks. By creating physical boundaries and set start- and ending times, bosses can help employees manage a work-life balance despite staying at home.

Check Out: 15 Ways To Work Better From Home
Read Next: 40 Legit Companies That Will Pay You To Work From Home

In addition, employers should empathize with the unique situations their employees may be facing, including issues of child care or expanded household responsibilities. By focusing on the output instead of the hours, teams can set goals and create realistic expectations for output. Ironing out these issues now could create for a more productive team later, as Harvard Business School estimates 16 percent of the workforce will remain at home even after the pandemic has ended.