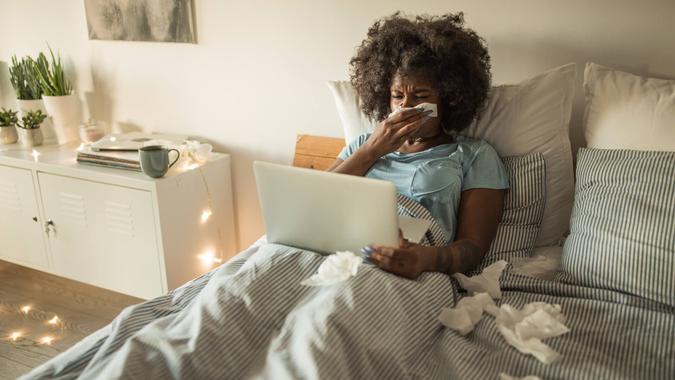 A growing number of U.S. businesses seem to be warming to the idea of paid family leave. Nearly 200 of those businesses signed a letter urging Congress to extend comprehensive paid family and medical leave to all working Americans, The Washington Post reported Tuesday.

Among those who endorsed the letter were executives from Patagonia, Etsy, Levi Strauss and Danone, according to The Washington Post. Their interest in expanding family leave reflects a changing business attitude toward labor issues following the COVID-19 pandemic, which brought to light how vulnerable many workers are to global and national crises.

The letter, which was drafted by advocacy group PL+US (Paid Leave for the United States) and published on the group’s website, urges Congress to create a “permanent paid family and medical leave policy,” though it doesn’t provide details on how to implement such a policy. The lack of specifics was intentional, Annie Sartor, a senior director at PL+US, told The Washington Post. However, she added that her group wants paid leave to address three key areas: parents expecting the birth of a child or an adoption; workers who must take time off to care for sick family members; and personal sick and medical days.

See: Gender Pay Equity Is More at Risk Than Ever During the Pandemic
Find: Should Employers Require Workers to Take Time Off?

Support for paid leave is particularly strong in the tech community. Tom Manatos, vice president of government relations at Spotify, tweeted his support for paid leave on Tuesday, joining other tech companies such as Salesforce, Pinterest and Discord, according to The Washington Post. Others who have signed on include JJ Abrams’ Bad Robot Productions, Gwyneth Paltrow of Goop and Alexis Ohanian, the co-founder of Reddit and husband of Serena Williams, the Post reported.

Meanwhile, paid leave has also gained momentum in Congress. As reported by The Guardian last month, Sen. Kirsten Gillibrand (D-N.Y.) said Congress is in a “unique moment” and “better poised than ever” to pass a paid family and medical leave bill that would make the benefit permanently accessible to all American workers for the first time. She and Rep. Rosa DeLauro (D-Conn.) reintroduced the legislation in February.